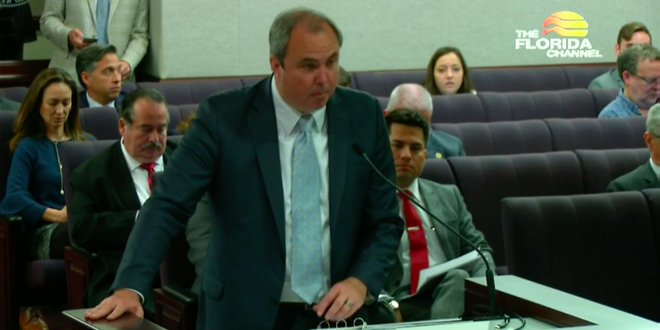 Florida law enforcement agencies could see an expansion in 2020 to their authorized use of drones.

Scott Fielding, drone specialist at Alachua County Fire Rescue, said the use of drones has been important for his department. According to Fielding, the fire rescue department has operated drones for about three years following new regulations by the Federal Aviation Administration that OK’d them for local government.

“It really is a game-changer in the way that you can get a quick assessment of a situation, the way you can get assets to where a problem is,” Fielding said.

In Alachua County, the fire rescue department has already enforced the use of drones in large events — for example, during the 2017 Richard Spencer event at the University of Florida, Fielding said.

State Sen. Joseph Gruters sponsored a bill (SB 520) to expand the authorized use of drones by law enforcement.

If the bill becomes a law, Florida law enforcement agencies will be able to use drones in event crowds of 50 people or more, in traffic management and in the collection of evidence at crime and traffic crash scenes.

“It’s kind of like comparing a car to a semi tractor-trailer,” Campos said. “They’re both vehicles, but they have different uses.”

Campos said being able to use drones in crowds of more than 50 people would be a great resource for larger events.

“By placing a drone in the air, where an existing camera system doesn’t exist, you would be able to monitor with one officer looking through the drone rather than putting another five, 10 or 15 officers into the crowd,” he said.

Not only would the use of drones in large events be a resource to law enforcement, but it has also shown to be a resource for the Franklin County Sheriff’s Office. In November, the agency was able to locate a missing child by using a drone.

The bill on Nov. 12 passed through the Senate’s Criminal Justice Committee, of which state Sen. Keith Perry of Gainesville is chairman, with only one senator, Randolph Bracy, in opposition. Bracy did not explain his opposition. The American Civil Liberties Union was the only lobbyist organization present in opposition to the bill during its first committee hearing. It still needs to clear two committees: Infrastructure and Security, then Rules, where it died last year. It does not yet have companion legislation in the House.

Gruters did not respond to interview requests made daily to his office over the course of a week for this story. Gruters has said the bill will improve public safety.

Violent crimes are increasing in Gainesville, police department is addressing the community today