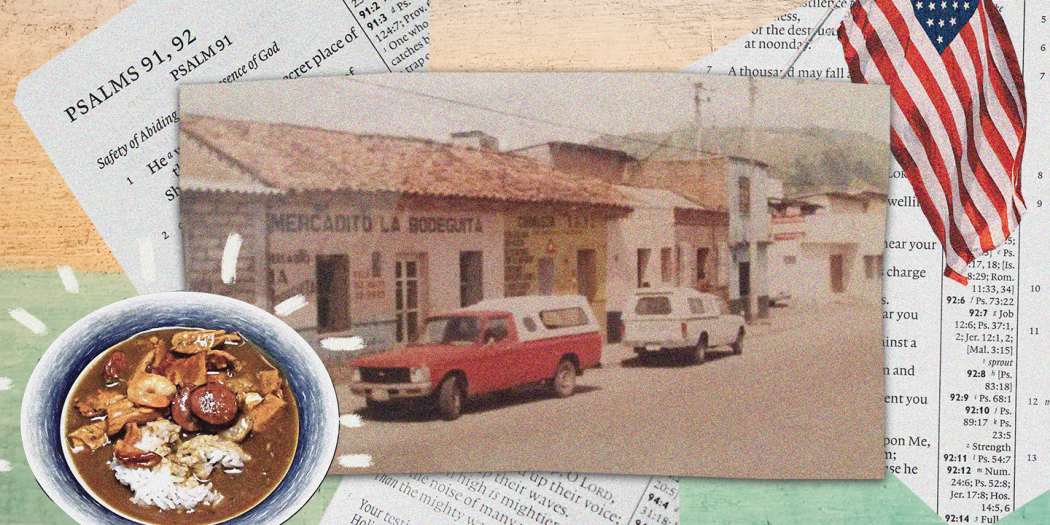 Marlene Oliver is a conservative Christian woman living out the American Dream. Her pro-immigration stance, however, will make her decision on which candidate to support in 2020 that much harder. (Photo courtesy of Jim Oliver)

She’s a Honduran immigrant who’s behind President Donald Trump, except for one issue.

Indecisive is the best word for how Marlene Oliver felt during the 2016 election.

She remembers writing in her husband’s name on the Republican ballot during the general election. It wasn’t for any particular reason. She just couldn’t decide who to support, and who better to write in than the person she loves the most?

This year, Marlene is still undecided. Although she believes Donald Trump has done much good for the country, she disagrees vehemently with him on one critical issue.

Marlene is a Honduran immigrant whose life’s work is to spread the gospel of Christ. She spends her Monday evenings handing out Bible verses on slips of paper on the University of Florida campus. She has honest eyes, a slight frame and chin-length curls with gray peaking through at her hairline.

She’s a timid woman, and it’s not easy putting herself out there to students, who are often in a hurry and decline her offerings. Her husband, Jim, sometimes asks why she even goes to UF every week, but she feels it’s the least she can do. Jesus’ apostles left their lives behind to spread the gospel, she explained, so a couple hours a week is no big deal to her.

She lets her faith guide all aspects of her life, including politics. She thinks President Donald Trump has done a lot of good for this country. In particular, one of her deal-breaker issues is abortion, and she appreciates Trump’s firm pro-life stance and that of his Supreme Court nominee, Justice Brett Kavanaugh.

But Marlene also remembers where she came from. She knows that this country gave her a life she might not have had otherwise. She knows that the United States was built by immigrants who continue to perform the backbreaking labor most Americans would never do.

She dearly loves this country, and she believes in its promise. She doesn’t want to see that promise denied to others like her.

To understand how Marlene navigates politics and religion, I joined her and her family for church service and lunch at her home one Sunday. The preacher’s message was on racism.

He discussed how some Christians twist scripture to justify their own racist beliefs when, in fact, there is scripture detailing how God abhors racism. He cited a story in the book of Numbers in which the prophet Moses’ brother and sister, Aaron and Miriam, speak poorly of Moses for marrying a Cushite, or black, woman.

The preacher said he believes God has a sense of humor. The story ends with God striking Miriam with leprosy, leaving her skin “white as snow.”

“That sermon was powerful,” Marlene said afterward with a sigh. “I think I’ll have to study that more.”

Back at her home in Jonesville, the area between Newberry and Gainesville, Marlene talked more about her views on immigration over homemade gumbo. She and Jim chopped vegetables likely picked by the same people we were discussing.

Marlene is a registered Republican who voted for Trump in the 2016 Florida primaries.

“So it’s your fault,” Jim grumbled with a smirk while chopping green onions.

“It is her fault,” Marlene’s oldest son Daniel, 26, said from the next room.

Daniel works as an engineer for Hoosier Racing Tire in Indiana, but he was there visiting his parents for Thanksgiving. Daniel is a Libertarian like his dad, but he leans to the left.

Her family has different opinions on politics, but Marlene said it doesn’t affect their relationships with each other. Jim is a conservative-leaning Libertarian who voted for Gary Johnson in the last election and will likely vote for the Libertarian candidate in 2020.

Jim thinks Trump is “a buffoon and a clown,” but he doesn’t think the office of the president is as powerful as most people think. He has no respect for Trump personally, but in general, he thinks he’s doing an OK job.

Marlene and Jim don’t worry too much about the derogatory comments Trump has made about immigrants from Latin America, but it does contribute to Jim’s lack of respect for him.

“We don’t take it personally, but I do think it’s dangerous and destructive to get up there and say they’re rapists and murderers,” he said. “El Paso, Texas, is almost all Hispanic, and it has one of the lowest crime rates in the United States. He’s just wrong on the facts.”

Marlene said many of her beliefs are influenced by Jim’s political opinions. Her beliefs on immigration, however, are shaped by her own experiences.

“This country opened the doors for people always, from the creation. They accepted anybody and everybody,” Marlene said, hurrying around the kitchen. “It should stay that way.”

Sometimes her words trailed off as she was cooking, but anything she said about immigration was focused and passionate.

She came to America legally in the early ‘80s. In her family, children usually don’t leave the house until they get married, but she was set on leaving, with or without permission. Her mother noticed this and told her father that if she was going to leave, they might as well arrange for her to live with her cousin in Bradenton and provide the necessary funding. He agreed.

“I remember I was jumping in the street when he told me,” she said.

She lived with her cousin and studied English at a vocational school until she met Jim and started a family of her own.

Marlene went through the proper channels to become a citizen of the United States, but she knows it’s not so easy for others in more difficult situations. She wasn’t victimized herself, but she heard from friends and family in Honduras about street gangs targeting children for forced recruitment.

She thinks she’d do anything to protect her family if she was in that position, including immigrating illegally to a safer country.

“They are desperate, so I don’t blame them. They are doing the best for their own families,” she said. “I can’t judge them.”

She hadn’t learned much about the history of America until studying for citizenship and again when her sons were in school. She said she was fascinated with how the first colonizers came to America to practice religious freedom and live free of England’s tyranny.

“It’s beautiful,” she said. “I don’t think there is a country like this country.”

And yet, she isn’t quite sure yet who should lead this country she loves so much.

In general, she is happy with what Trump has done during his time in office. She thinks the economy is good, pro-life policy is being enacted, and Trump is bringing troops home. He even moved the American embassy to Jerusalem, something she praised.

But she also has family back in Honduras, and she wants them to come live in the States. She knows it won’t be easy for them if Trump wins a second term.

Some might see her as an anomaly, but she just does what she feels is right in the eyes of God.

“A lot of people think we may be stupid when we put importance on babies and Christian views, but that’s what we are,” she said of those who share her opinions. “We are either Christians or not, and Christianity should permeate your actions and your beliefs.”

She’s not certain who she’ll cast her vote for next November. She has to pray on it some more.

Until then, she’ll try to be Jesus’ hands and feet each Monday evening, sharing God’s message one slip of paper at a time.

Peyton Whittington is a reporter for WUFT News.
@peytonmwhitt
Previous The Point, Jan. 6, 2020: Florida’s Political Battles Won’t Just Be Limited To The Presidential Vote In 2020
Next Jan. 6th, 2020: Morning News In 90