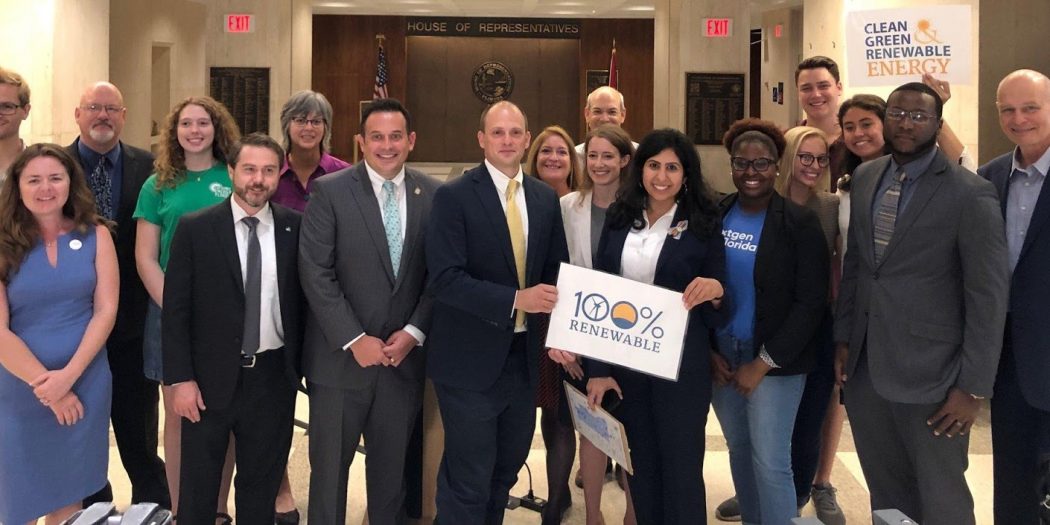 As Floridians battle over how to address climate change in the state, some fear a proposed ballot initiative intended to increase solar energy may have the opposite effect.

The initiative, Florida Changes to Energy Market Initiative, has divided environmentalists by proposing a deregulated, competitive market for electric power. If approved, it would allow all Florida residents to generate, use and sell their own electric power, creating more opportunities for solar power usage.

It may appear on the ballot in Florida for the 2020 election, pending Florida Supreme Court approval and sufficient signatures in support. So far, supporters have garnered around 70 percent of the signatures it needs by the end of 2019.

But many environmentalists do not support the bill, saying it lacks a clear implementation plan. While most environmentalists agree on the need for more solar energy in Florida, they don’t all agree on how to achieve this goal. The campaign for the Florida Changes to Energy Market Initiative, also referred to as the Florida Energy Choice Initiative, is being led by Citizens for Energy Choices and opposed by Floridians for Affordable Reliable Energy.

Alex Patton, chairman of Citizens for Energy Choices, said the initiative aims to update the way the state regulates energy monopolies and give Floridians the right to generate their own energy.

“The goal of this initiative is to get rid of an antiquated way of providing energy in Florida,” he said.

Initiative opponents argue that the deregulation would threaten the availability of affordable, reliable electric energy. However, Patton said that the proposed deregulation would increase market competition by taking power away from monopolies, which would promote lower prices and increased choices.

The initiative is modeled after Texas’ changes to their energy market, he said.

Production and use of renewable energy, such as solar power, also increased, Patton said. As solar power is still relatively new to Texas, only around 1 percent of the state’s electricity comes from solar, but the state is positioned to become a nationwide leader in solar energy in the coming years, according to the Solar Energy Industries Association.

“Only around 2 percent of Florida’s power comes from solar, and we’re the Sunshine State,” Patton said. “Texas is doing this successfully. Why can’t Florida?”

Wood, who helped lead Texas’ deregulation, said the Florida initiative does not specify a method of implementation, as Texas’ initiative did. This is a key concern for environmentalists who oppose the initiative.

“The Florida initiative is broadly written and would allow the state to adopt the Texas model or customize the plan to fit any different goals,” Wood said.

The Southern Alliance for Clean Energy (SACE), an organization that advocates for responsible energy choices in the southeast, opposes the initiative for this reason, said Stephen Smith, SACE’s executive director.

“In Texas, when they restructured, they included a commitment to require a certain amount of renewable energy,” Smith said. “There is no such requirement in the Florida initiative.”

This means increased solar energy is not guaranteed. This initiative would cause utility companies to lose government subsidies, Smith said, and without help covering the cost many would likely end or reduce their current commitment to solar.

Aliki Moncrief, executive director of Florida Conservation Voters, agreed that electric power generation needs to be deregulated. A handful of monopolies generate between 70 and 75 percent of Florida’s electricity, she said, adding that solar power should be more accessible.

Florida Conservation Voters (FCV), a group dedicated to electing lawmakers who will protect the environment, is backing two clean energy bills at the state and federal level, said Carson Mitchell, FCV’s communications manager. But FCV does not support the proposed Florida Changes to Energy Market Initiative, she said.

Moncrief said the group is neither supporting nor opposing the initiative because while they agree with the need for increased clean energy and deregulation, the initiative’s success depends too much on implementation, as it does not specify how to achieve clean energy goals. The Florida State Legislature would then have the power to pass laws to implement the amendment as they see fit.

“Lawmakers wait until utilities companies make proposals,” she said, “which is only when it makes sense for them financially, not for consumers.”

Although the group is not backing the initiative, Moncrief said the proposal of such initiatives shows that the energy market is starting to change.

“There’s a crack in the dam,” she said. “Lawmakers are going from sitting on their hands to acting.”

Floridians now have the opportunity to address issues of energy and hold lawmakers accountable, she said.

“Climate change is happening,” she said. “It’s reaching crisis levels in Florida before we know it, and we need to cut our carbon emissions as quickly as possible.”

Voter polls have shown that clean energy is a topic nearly all Floridians support, she said.

According to a survey by Public Policy Polling, only 5 percent of Florida voters do not think climate issues are important, and 58 percent support moving to a completely clean energy economy by 2050.

Smith said SACE initially supported the Florida Changes to Energy Market Initiative but now encourages voters to vote against the initiative should it appear on the ballot. SACE fears the lack of a clear implementation plan would further delay increased solar energy, he said.

Hanna Gibson is an environmental reporter for WUFT. She can be reached at hgibson1@ufl.edu.
Previous The Point, Dec. 9, 2019: Floridians Mourn, Ask Questions In Wake Of Shootings In Miramar And Pensacola
Next Bill Seeks To Replace Septic Tanks With Sewage Lines In Gainesville Neighborhoods