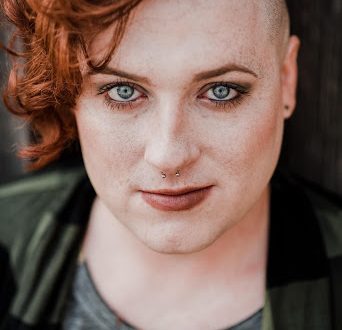 Transgender People Weigh In On What Will Decide Their 2020 Vote

Ariel Bailey, a 27-year-old Navy veteran with two children, is considering candidates in the upcoming election year. At the forefront of her mind are policies about healthcare for her fellow veterans and whether or not her children’s teachers will be getting paid enough to support themselves.

But as a transgender woman, Bailey said, the biggest impact on her life comes from policies that affect transgender and gay rights.

“Transgender and LGBT lives in general get pushed to the side in politics,” Bailey said. “Sure, gay marriage is legal now, but we can still be barred from employment, housing, and even health care.”

There are more than 100,000 residents in the state of Florida who openly identify as transgender, according to a 2016 Williams Institute study.

Bailey said it seems to her that the same candidates who support these other policies, such as universal healthcare and increasing pay for teachers, also advocate for gay and transgender rights, such as opposing the ban on transgender people serving in the military.

“I’m not even allowed in the military anymore due to my trans identity,” Bailey said. “All of the Democratic candidates seem to oppose the trans ban.”

The ban that went into effect April 12, 2019, prohibits transgender people from serving in the military unless they have not had and do not plan to undergo treatment to make their bodies match their gender identity.

Bailey, who has been hormonally transitioning for two years, is disqualified by the ban.

“Policies that bring up disenfranchised communities help everyone,” Bailey said. “It’s a win-win.”

Florida is a difficult state to vote in for people who are or have transitioned because Florida requires photo identification at the ballot to cast a vote. However, it is considered a non-strict state, in that citizens can vote on a provisional ballot, and officials will determine later through a signature check or some other method if that vote should be counted.

According to Equality Florida, gender discrepancies as well as differences in hair, clothing, or makeup styles are not legally valid reasons to deny individuals a regular ballot.

Melina Rayna Farley-Barratt, who is the first openly transgender woman to run for the Florida Senate, said that while she is a longtime activist for gay and transgender rights, her campaign’s main focus is elsewhere. Barratt is running for District 5, which covers Marion, Levy, Gilchrist, Lafayette, Union, Clay, Bradford, Baker, Columbia, and Dixie counties.

“The three core issues in my campaign are environment, education and healthcare,” Barratt said.

Her plans revolve around providing affordable prescriptions and healthcare, increasing the budget for public schools, improving water quality and water management, and opposing the toll roads that have been proposed to run through Sumter, Citrus, Marion, and Levy counties.

Barratt said that in her experience, there are many one-issue voters in the LGBTQ+ community, but this is also true of people passionate about any other important issue.

“There are going to be people where single issues are very important to them and they don’t pay attention to anything else,” Barratt said. “But [single-issue voting] covers the entire spectrum; it’s in every issue that has significance.”

Luken Surge, a digital marketing strategist in Pensacola, said that though transitioning has had an enormous impact on his political engagement, his core beliefs have not changed much over time.

“I have always been adamant about rights, honor, and decency to all races and classes,” Surge said. “Since transitioning, I’ve felt that my life has been directly affected, and the legitimization for my mere existence is questioned.”

Surge said that, if anything, transitioning has made him more active in politics than ever before. Much of this has been due to watching his peers face extreme hardships and discrimination, and experiencing it himself.

“I have seen firsthand how entire communities turn in an instant on those who admit to being transgender,” Surge said. “I have also been personally denied by homeless shelters, church and ministry emergency services, et cetera, due to my trans status or by being perceived as gay during early transition.”

Surge said that while his choice of candidates depends on their policies toward LGBTQ+ issues such as conversion therapy, candidates’ stances on the environment and supporting the middle and working classes are just as important.

It doesn’t matter if the candidate is a Democrat or a Republican as long as they support these concerns, Surge said.

“I do not consider myself a Democrat or liberal,” Surge said. “I am merely progressive.”

Julia is a reporter for WUFT News who can be reached by emailing news@wuft.org or calling 352-392-6397.
Previous The Point, Dec. 5, 2019: ‘Retreat’ From Areas Prone To Sea Level Rise Could Become More Common In The Florida Keys
Next ‘Micromobility Devices’ — Also Known As Scooters — Could Come To Gainesville In 2020 Under City Regulation