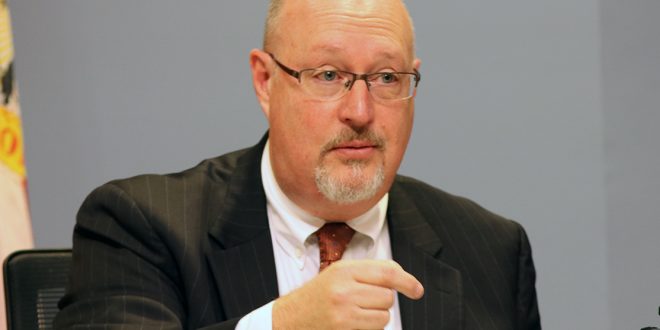 City Commissioner Harvey Ward said it was unfair that he and his colleagues were asked to speak honestly in public about their annual evaluations of the city's highest-paid employees. (WUFT News file photo)

The Gainesville City Commission on Tuesday approved a 2% merit increase in pay for the city’s charter officers.

The increase equates to a roughly $13,230 salary increase for the four employees who are among city government’s highest paid. The vote took place during the elected leaders’ mandated annual review of the employees’ job performances.

The merit increases for each are as follows:

One city commissioner said he was frustrated that the verbal reviews of the public employees were taking place in public. A 110-page document of each commissioner’s review of all four employees is available on the city’s website.

Commissioner Harvey Ward said it is unfair that commissioners have to evaluate charter officials in front of members of the media and that their presence is “an elephant that sits in the room.” Commissioners did not give any negative feedback on the four employees during the meeting.

Mayor Lauren Poe said having journalists in attendance did not sway his evaluation process.

“Everything we do is in public and in the sunshine. I think it makes it sometimes more uncomfortable, but it is the process that we have, and I don’t mind a little discomfort. I think we’re able to be honest with our charters and with each other, and I don’t find the process cumbersome at all,” Poe said.

Marshall, the city’s equal opportunity director, said it did not matter to her whether commissioners decided to go into detail about their evaluations during the meeting.

Commissioner Adrian Hayes-Santos was the only commissioner to vote against a three-year plan to further raise the salaries based on market adjustments — in addition to the merit increases.

“I think it was too significant of an increase in wages for the highest-paid employees in the city,” he said.

Jolena is a reporter for WUFT News who can be reached by calling 352-392-6397 or emailing news@wuft.org.
Previous Ocala Council Blocks Winning Candidate From Office Over 33-Year-Old Felony Conviction, Delays Decision On Another Election
Next Controversy Emerges Over Plan To House Howard Bishop Middle School Students At Other School Campus

The House of Representatives is on track to impeach President Trump for the second time in 13 months — marking him as the only president to receive the rebuke twice in history.