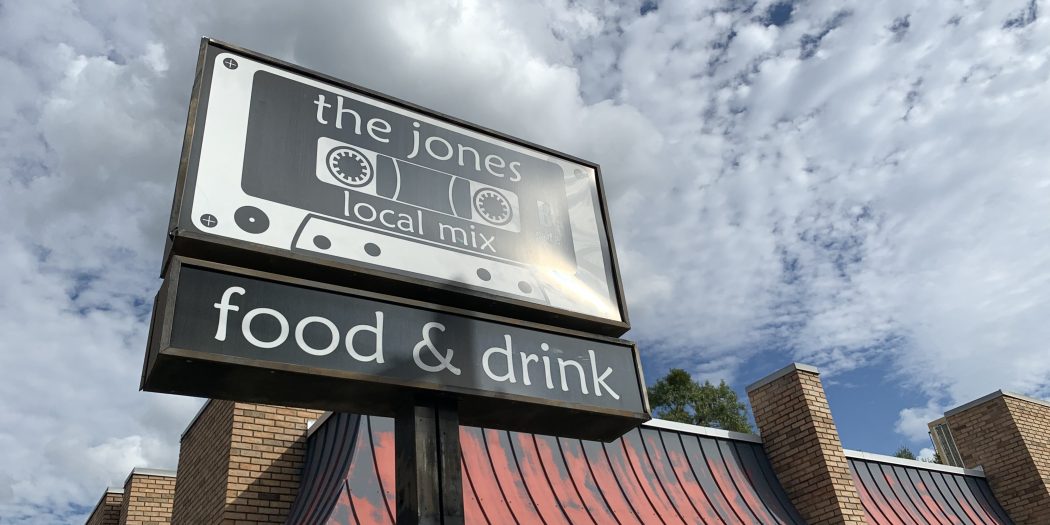 The building has sat empty for more than three years, southwest of Gainesville’s downtown restaurant and nightlife area, but a developer now has its eyes on the Jones B-Side restaurant property.

Trimark Properties in September submitted plans to tear down the abandoned building, 203 SW Second Ave., and in its place build a five-story apartment building.

There will be 106 bedrooms with more than 6,000 square feet of non-residential space — likely to be used as retail space. The plans also mention scooter parking and bike spaces.

The Jones had a temporary closure March 2016 to deal with inspection violations from the Florida Department of Business and Professional Regulation. The health inspector that month found 11 live roaches.

It closed for good in September 2016 after four years on SW Second Avenue and has sat empty since.

News of the pending redevelopment was met with mixed opinions from people and businesses in the downtown area. Some believe that there should be more affordable housing, instead of just catering to students.

“If there was affordable housing with a preschool underneath, that could actually make a difference,” Alexandra Wright, a barista at Volta Coffee, Tea & Chocolate, said.

One of her colleagues agreed.

“We don’t need another Standard,” Soren Brady-Bender said, referring to the 10-story apartment building that radically altered the intersection of University Avenue and U.S. 441 when its construction began four years ago. It opened in 2017.

Trimark initially proposed the development to the city as student housing but after publication of this story clarified that it’s being built for a slightly older population segment.

“Our goal with the development is to provide housing for those who work and live in the Gainesville Innovation District and downtown area,” the company said in a statement. “Trimark is committed to growing the district into a world class working and living space to attract both established tech firms and give Gainesville startups room to stay and grow here.”

There are people who are open to the development.

“I think that’d be great just for more people to move downtown. Be good for business here as well,” said Andrew Kimbler, manager at the Five Star Pizza location across Southwest Second Avenue from the lot.

“More foot traffic to around downtown would be nice.”

Concerns about parking emerged in conversations with other downtown business employees, too. More people living closer to downtown might mean fewer parking spaces and worsened traffic, Kristie Mitchell said. She’s a manager at Naga Tea, a block and a half north of The Jones location.

“I think the hardest thing around here is for parking,” Mitchell said. “No matter where you’re at,  the parking situation is crazy.”

The project is currently listed as under review on the city’s development projects website, with Trimark earlier this month getting approval from the Gainesville City Commission to change Southwest Second Street’s status from a storefront street to a local urban zone street for the project to move forward.

The Jones redevelopment, The Standard, and a dozen other mid-rise buildings are notable for the impact they’re having on Gainesville’s modest skyline.

It’s one destined to see some major changes in the next few years.

Plans, for example, to build new student apartments on the vacant lot on 403 SW 13th St. are also underway. EDA Inc. has proposed an eight-story building with three levels of parking and five residential stories with 66 units and 182 bedrooms.

Plans call for more scooter parking and bike storage, plus another 9,000 square feet of office and retail space.

Construction on the Southwest 13th Street building should be completed by 2021 in the best-case scenario, according to the neighborhood meeting minutes from July 11. It, too, is under review, according to the city’s website.

The vacant lot used to have the Alpha Gamma Rho fraternity house on it, but it was demolished in August 2018. The new building will stand alongside the Kappa Kappa Gamma sorority house and across the street from the University of Florida’s College of the Art.

EDA Inc. has been involved in major development projects in Gainesville, including the Fairfield Inn & Suites hotel on Southwest 37th Boulevard and The Ridge apartment complex on Southwest 24th Avenue.

Across the intersection from The Jones property, the city’s process of turning Lot 10 into a hotel is still in the works.

That statement has been true for the better part of a decade, and so while some may be worried that development has stalled once again for Lot 10,  city planners and the developers are moving through the review process to build the hotel, according to Erik Bredfeldt, the city’s economic development director.

Should they continue to move forward, closing on a sale of the site could come in early 2020 with construction following soon afterward.

The hotel plans consist of a six-story building with over 100 rooms.

Isabelle is a reporter for WUFT News who can be reached by calling 352-392-6397 or emailing news@wuft.org.
Previous Chinese Schools In Gainesville Help Children Connect With Their Heritage
Next The Point, Nov. 27, 2019: More Questions Emerge About Another Recent Election In Marion County