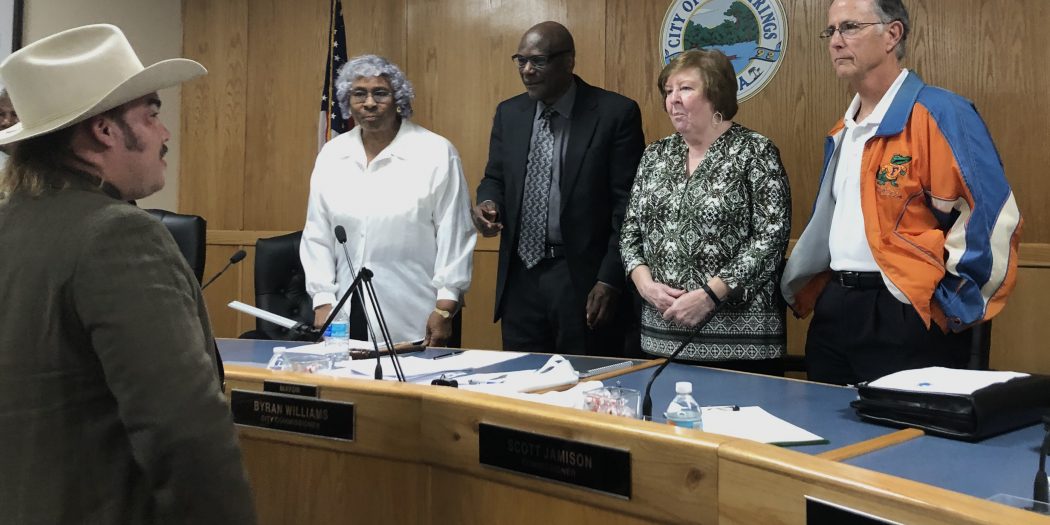 Two Cities Have Opted Out of Alachua County’s Tobacco Ordinance

High Springs is the second city to opt out of an ordinance by Alachua County that makes the sale of tobacco and tobacco related-products illegal to those under 21.

The City Commission of High Springs came to that unanimous decision Thursday night during its meeting. The choice comes less than a month after Alachua County’s ordinance took effect on Oct.22. As a part of the law, municipalities were given the option to opt out. Newberry became the first city to opt out on Oct. 18. 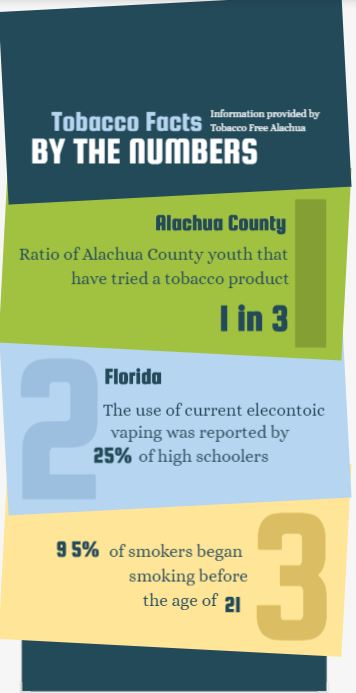 Alachua County’s other cities — Micanopy, Waldo and Archer — stated they plan to stay in the ordinance. Alachua and LaCrosse have not mentioned plans to opt out on their city agendas. Gainesville’s city commissioners were firmly in support of it, too. Without voting to opt out, all Alachua County cities are automatically opted into the ordinance.

During Thursday’s meeting, High Springs’ newly appointed Mayor, Byran Williams, expressed his belief that awareness and education about tobacco’s effects are the best course of action, not a county ordinance.

“I’m still trying to figure out how in the world raising it (the legal age) to 21, that’s gonna stop them (those under 21) from smoking,” Williams said. “I think awareness is the best thing we can do, to let young people know that cigarettes are dangerous.”

The ordinance’s aim is to prevent Alachua County youth from starting to use tobacco products. According to an Alachua County press release, in 2018 15.7% of Alachua County high school students reported currently used electronic vaping.

City commissioners came to the general consensus that 18- to 20-year-olds have the right to make their own decisions.

Scott Jamison, a city commissioner of High Springs, said that if 18-year-olds have the right to vote and serve in the military, he doesn’t see how the government can tell them not to purchase tobacco products.

“I think when you get to be 18, it is now your responsibility to control your destiny,” Gloria James, vice mayor of High Springs said. “Sometimes we make good decisions, sometimes we make bad decisions — but it’s our choice.”

Wendy Resnick, the chairperson of Tobacco Free Alachua, expressed her disappointment in hearing that High Springs and Newberry made the decision to opt out of the ordinance. One of the main reasons Tobacco Free Alachua pushed so hard for the ordinance, Resnick said, is because of data showing that nearly 90% of lifelong smokers began before the age of 18.

Victoria Hunter Gibney is the vice chair of Tobacco Free Alachua and spoke at the High Springs’ City Commission meeting. While at the podium, she stressed the opportunity to protect young people from a lifetime of addiction.

“We’re not talking about going and buying cigarettes being an adult choice,” Gibney said. “It is a childhood mistake that leads to a lifetime of addiction.”

According to the CDC, as of Nov.13, 2,172 cases cite e-cigarettes or vaping products as the cause of lung injuries, along with 42 confirmed deaths. In September, Florida reported its first vaping-related death.

A large aim of the city ordinance, Resnick said, is to break the social connections between 18-year-olds who could previously buy tobacco products and younger students who could access those products more easily.

It’s about breaking the pipeline of people that can buy for younger students, Resnick said.

Jamison commended Tobacco Free Alachua on its work during the City Commissioner meeting. Jamison himself understands the dangers of tobacco, having lost his own mother to cancer.

“I applaud you; I mean you have a mission and you have a topic you feel very strongly about,” Jamison said. “I don’t agree with you, but I applaud you for what you are attempting to do.”

Michaela is a reporter for WUFT News who can be reached by calling 352-392-6397 or emailing news@wuft.org.
Previous State Committee Votes to Send Auditor General To Examine City Of Gainesville
Next The Point, Nov. 15, 2019: ‘We’ll Be Cooperative’: Gainesville City Leaders React To Forthcoming State Audit