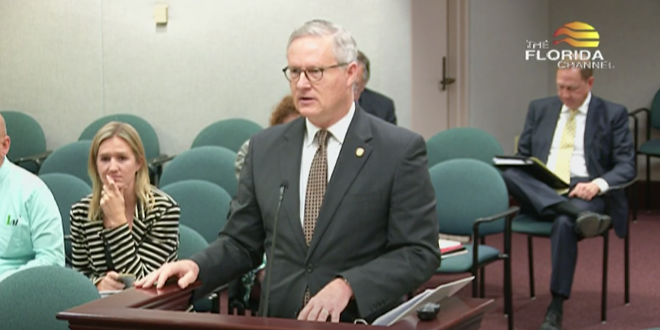 Florida’s Joint Legislative Auditing Committee on Thursday passed a motion to have the state Auditor General inspect the City of Gainesville’s finances.

A letter was sent to the committee’s chairman, state Rep. Jason Fischer, R-Jacksonville, in October from state Sen. Keith Perry and state Rep. Chuck Clemons asking for the Auditor General to do so. Clemons and Perry wrote the letter because they said they received constituent complaints regarding the firing of former Gainesville Auditor Carlos Holt, discrepancies with Gainesville Regional Utilities’ finances and a perceived lack of transparency.

Holt did mention that finance departments are short-staffed but said that is not an excuse for mistakes.

Lee Feldman is Gainesville’s new city manager who just began the job this month and didn’t work alongside Holt, who was fired in June. He said no one from Gainesville’s local legislative delegation contacted him or the city prior to this request to the State. Feldman believes if this was something intended to be beneficial to the city, he and city commissioners should have been informed.

“It’s not a good use of (the state’s) resources,” he said in a phone interview Thursday, “but if they want to do it, they are more than able to come to that conclusion, and we’ll be cooperative.”

Clemons closed the request to the committee by saying this is being done for public trust.

“Your ‘Yes’ vote today to ask the Auditor General (to perform an audit) will clear the air in the city of Gainesville, and if there are not any improprieties, we can raise the flag and thank you,” Clemons told the committee. “If there are improprieties, it will bring us that much closer to solving and resolving any of those financial miscalculations or improprieties.”

Clemons also thanked Mayor Lauren Poe for his statement of transparency. He released a statement on Wednesday prior to the committee vote that read, in part, “Our doors and our books are open.” He also noted the political nature of the legislators’ request, given that both are Republicans who represent the heavily Democratic Gainesville area in the state legislature.

It’s unclear when representatives from the Auditor General’s office will begin their work in Gainesville or how long until its report would be released publicly. The office has completed an average of between five to 10 audits of local governments during the past five years.

Madison is a reporter for WUFT News who can be reached by calling 352-392-6397 or emailing news@wuft.org.
Previous General Policy Committee Discusses Options For Filling Shuttered Gainesville Job Corps Center’s Void
Next Two Cities Have Opted Out of Alachua County’s Tobacco Ordinance