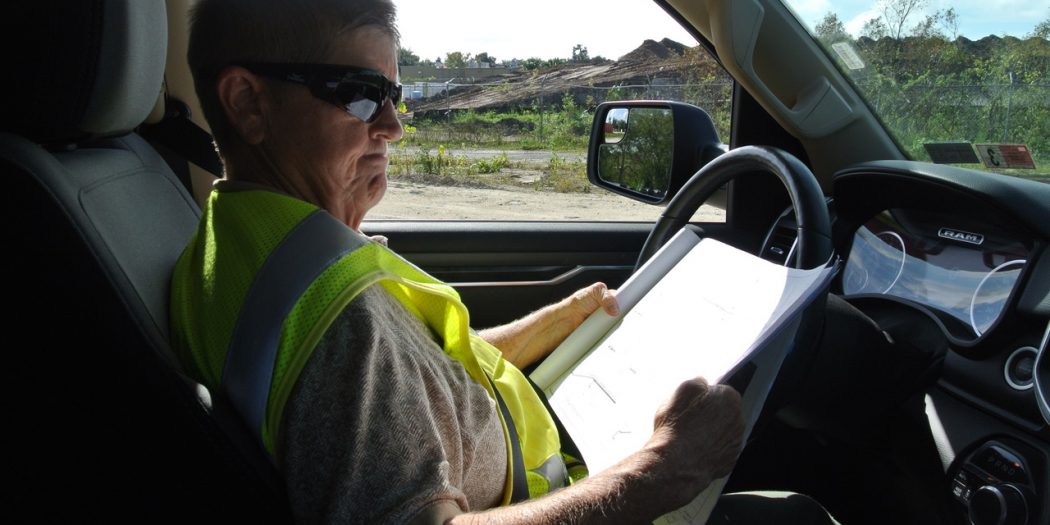 He’s the production manager for Red Door Homes of Florida, the general contracting business next to the Cabot-Koppers Superfund site on Northwest 23rd Avenue in Gainesville.

The scorned smell comes from the excavation of the odorous pine tar still in the ground where charcoal facilities used to be on the Cabot Corp.’s 50-acre portion of the site. The excavation is necessary so construction workers can replace a retention pond with a slurry wall.

The contamination also spans the Koppers side’s 90 acres owned by Beazer East and which was once home to a wood-treating facility. The workers will start installing a slurry wall – a thick slab of cement and bentonite – on the Koppers side without the pond issue by early next year.

The U.S. Environmental Protection Agency has overseen the overall site’s cleanup for a quarter-century. Though some area businesses are unhappy with the smells, the Cabot-Koppers site is poised to make significant progress in its remediation process over the coming months.

“They have to fix what happened in the past, but I do not believe that everyone should be punished,” said Huddleston, 42.

“It’s not feasible or practical to remove all that,” Olmos said. The video below explains how the trenching machine works for this project.

The slurry wall on the Koppers site will be approximately 40 acres or eight times bigger than what’s on the Cabot side, said Kelly Fifer, the Cabot side construction manager.

Fifer acknowledged that “we were getting some complaints,” about the smell. To help alleviate it, she said workers have put vanilla- and cinnamon-scented beads along the fence line separating it from adjacent businesses. She said air quality there has been tested regularly and always passed.

“Groundwater is always a concern because, although it’s not a drinking zone, people may use it for irrigation, things like that,” Rule said. “It’s just always good to have clean water.”

The Cabot site is already largely developed, but the Koppers site is a large, open piece of land.

Earlier this year, the Alachua County Commission and the Gainesville City Commission held a joint meeting to discuss potential development ideas, but no plans were approved.

The three-hour discussion focused on a range of possibilities, including a festival park, a new home for the Hoggetowne Medieval Faire and even a training facility for the 2026 FIFA World Cup. However, both commissions agreed that they were not ready to move forward just yet.

The Koppers side of the site shares a mile-long boundary with the Stephen Foster neighborhood.

Robert Pearce, president of the Stephen Foster Neighborhood Association, said about 120 properties affected by contaminated surface soil now have clean soil. The process took roughly two years. Pearce said his community is pleased that the end of the process is in sight.

“People are beginning to reinvest in their properties and build new houses, and it’s really quite dramatic,” he said.