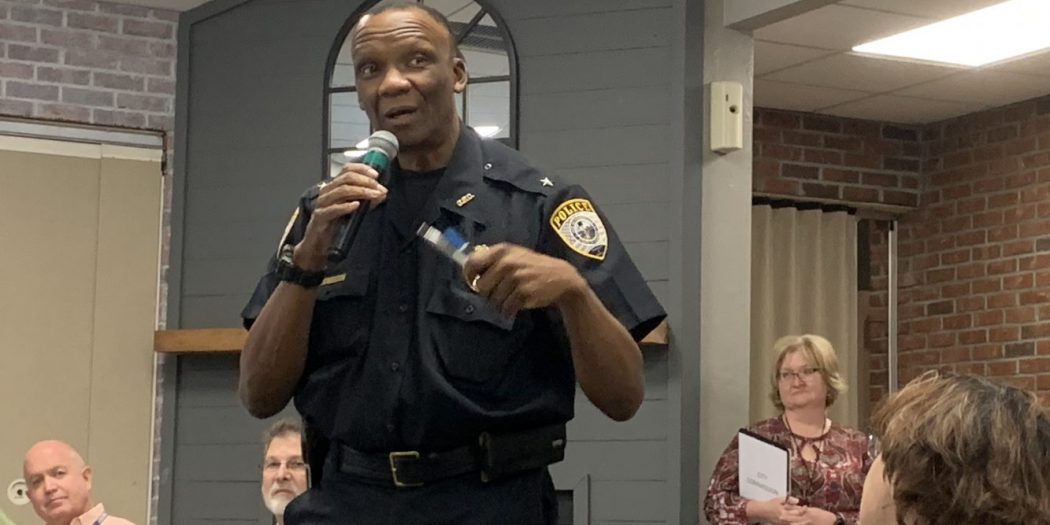 People living in Gainesville’s District 1 on Wednesday raised their concerns on affordable housing, crime and equality at a town hall meeting at the Ironwood Golf Course.

Attendees submitted questions to be answered by the Gainesville City Commission and other city organizations present.

A pertinent issue in Gainesville right now is affordable housing. One question concerned rising rent prices and the worry that apartments being built now are priced for students and not local residents.

One reason for lack of housing funds is that since 2002, state representatives have been rededicating that money to other areas, according to Commissioner Helen Warren.

“It is a crisis,” she said. “We can’t build housing fast enough.”

When it came to crime, Gainesville Police Department Chief Tony Jones had some positive news for the meeting.

Jones announced that there were now 34 new police officers. Most have finished at the police academy and are currently in the field training program. He also swore in three new SWAT team members.

GPD also plans on doing another gun buyback event after the event’s success in August led to over 100 guns being turned in, including eight semi-automatic rifles.

“What I want to tell citizens of this community,” Jones said, is “help is on the way.”

Another important topic at the town hall meeting was equality and equity. The commission wanted to make it apparent that they are serious about inclusion.

“We understand that everyone is different, and we embrace that as a city, as a commission, especially as your District 1 commissioner,” Commissioner Gigi Simons said.

To address race, the commission will embed equity goals and policies into government documents like their comprehensive plan, which serves as a blueprint for future development.

Commissioner Gail Johnson read aloud some of the text from a resolution the commission hopes to pass. It said, “The city works to create racial equity by explicitly naming and addressing the historic and current impacts of institutional and structural racism in our policies, procedures…”

In addition to implementing more equity policies, commissioners want the city workforce to reflect the entire Gainesville community, and they want to spend their purchasing dollars with minority and women-owned businesses.

“What we’re doing here right now is, to me, revolutionary,” Commissioner Johnson said. “I don’t think there is any city in the Southeast that’s doing this work.”

Isabelle is a reporter for WUFT News who can be reached by calling 352-392-6397 or emailing news@wuft.org.
Previous Florida Counties Combat Growing Hepatitis A Outbreak Through Vaccination And Public Education
Next October 24, 2019: Afternoon News In 90