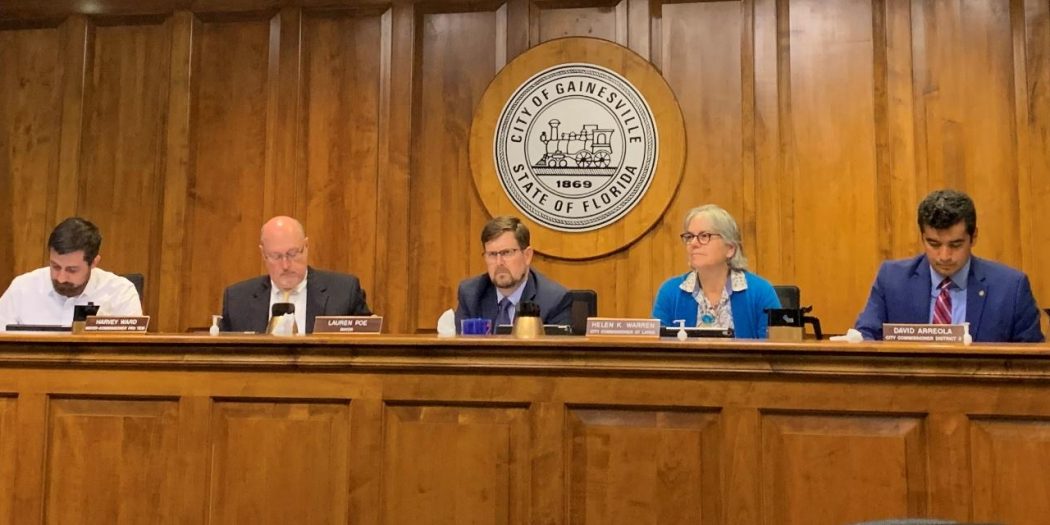 This story was originally produced for WUFT-FM:

The city commission approved $2 million for Wild Spaces and Public Places’ proposal of 12 new small projects on Thursday. Betsy Waite, director of WSPP, said most of the proposed projects are safety-oriented because many of Gainesville’s parks were built in the ’60s and ’70s and need repairs.

“There’s distinct need — Like a pavilion roof needs to be replaced because it’s rusted through or if there’s a safety issue, like a bridge needs to be replaced because the wood’s rotted,” Waite said at the commission meeting. “So, we’re focused on creating spaces that are first and foremost safe, and then can provide comfort so that the user can have a joyful experience.”

Waite announced at the commission meeting that the proposed small projects are scheduled to begin within the next 18 months.

Adrian Hayes-Santos, Gainesville City Commissioner for District 4, said that Gainesville’s goal is to have a world-class park system.

Hayes-Santos says almost all of the parks in Gainesville will be getting renovations over the next few years.

Wild Spaces Public Places has partnered with the school board of Alachua county for some of the projects.

“Using some of their land to create kind of a park on [school property]. We’re doing that on seven different schools across the city as well. The most recent one we did was at J.J. Finley Park.”

According to the proposal, the Howard Bishop Middle School track improvements will cost $250,000.

A more detailed list of the proposed projects can be found on page 12 of the commission’s Oct. 17 meeting agenda.

Waite said that Wild Spaces Public Places will propose a new list of projects in March 2020.

Anneliese is a reporter for WUFT News who can be reached by calling 352-392-6397 or emailing news@wuft.org.
Previous Virtual Reality “DREAMS” Helps Patients Cope In ICU
Next Details Emerge In Officer’s Accidental Shooting In School Cafeteria