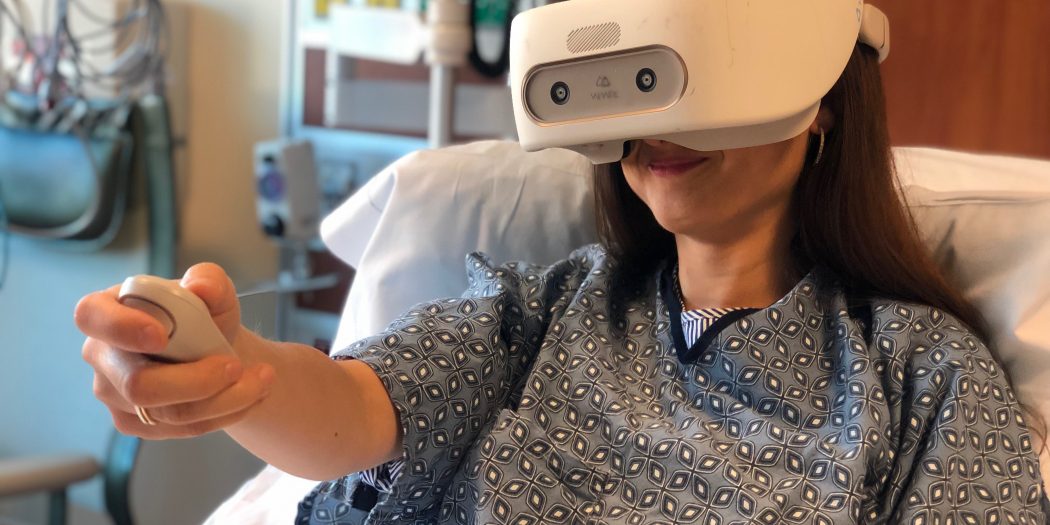 Dr. Azra Bihorac constantly sees patients who are about to die. Some arrive for routine medical procedures and leave with life-threatening complications.

The stress and isolation she witnessed as an attending physician at UF Health Shands Hospital led her and her colleague Marko Suvajdzic to develop DREAMS, a virtual reality escape for patients. They will begin their next phase of testing in spring 2020.

Bihorac and Suvajdzic began a yearlong pilot test for DREAMS in 2018. They used a Google VR headset and the meditation app RelaxVR to familiarize patients with the device.

Before introducing VR into the hospital for testing, Suvajdzic spent a semester in the ICU where he said he encountered people whose bodies were damaged beyond repair.

“We are talking about people who might not be there tomorrow,” he said. “It was a weird place for a game designer to be.”

Patients needed to be at least 18 and remain in the ICU for two or more days to test the VR treatment, Suvajdzic said. Those who were “infectious, delirious or had limited head and neck motion” were also disqualified from participating. About 100 patients used the therapy for 15 minutes a day during the duration of their stay.

Responses to the treatment were encouraging, Bihorac said. The next phase of DREAMS will use a prototype app Suvajdzic helped create and bring researchers one step closer to introducing VR into hospitals for good.

The project so far has been low cost, Suvajdzic said. The prototype cost $20,000 to make and was paid for with internal funds from the UF department of medicine and Digital World Institute.

Developers are applying for a grant that could earn them $50,000-$250,000 to complete production and purchase more VR sets.

In future DREAMS iterations, Suvajdzic and Bihorac said they plan to incorporate devices that track and analyze patients’ vital signs while using VR.

The potential for VR in health care is limitless, Suvajdzic said. He plans on expanding DREAMS to hospice care and pediatrics once testing concludes.

Patients in critical condition attempt to escape the ICU almost every day, Bihorac said. They may yank feeding tubes from their noses or stand on broken limbs in a delirious bid for freedom.

With the introduction of VR meditation in hospitals, she said she hopes they won’t have to.

“This is really rewarding for us. You can save people’s lives,” she said. “That’s huge.”

Hannah is a reporter for WUFT News who can be reached by calling 352-392-6397 or emailing news@wuft.org.
Previous Tropical Storm Conditions Expected Along Portions of Florida’s Gulf Coast by This Evening
Next Wild Spaces and Public Places Gets Approval For $2 Million For Small Projects