Florida Gov. Ron DeSantis will ask the Legislature to increase the minimum starting salary for public school teachers to $47,500 a year.

DeSantis made his announcement in Clay County on Monday, where he said the average teacher starting salary is just under $39,000 a year. He said about 100,000 teachers statewide would receive a raise under the proposal.

DeSantis said the state is currently in the bottom half of states in terms of minimum pay for teachers. If approved, he said it would put Florida in the top five nationally.

The governor doesn’t have to release his full budget proposal until December. He said the teacher salary proposal would cost $603 million, and said it is “easily doable.”

The Associated Press is a wire service to which WUFT News subscribes.
Previous Public-Use Scooters Might Come To Gainesville
Next Emergency Care Proves Difficult For Williston Residents Following Hospital Closure 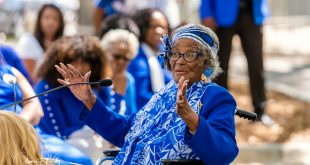