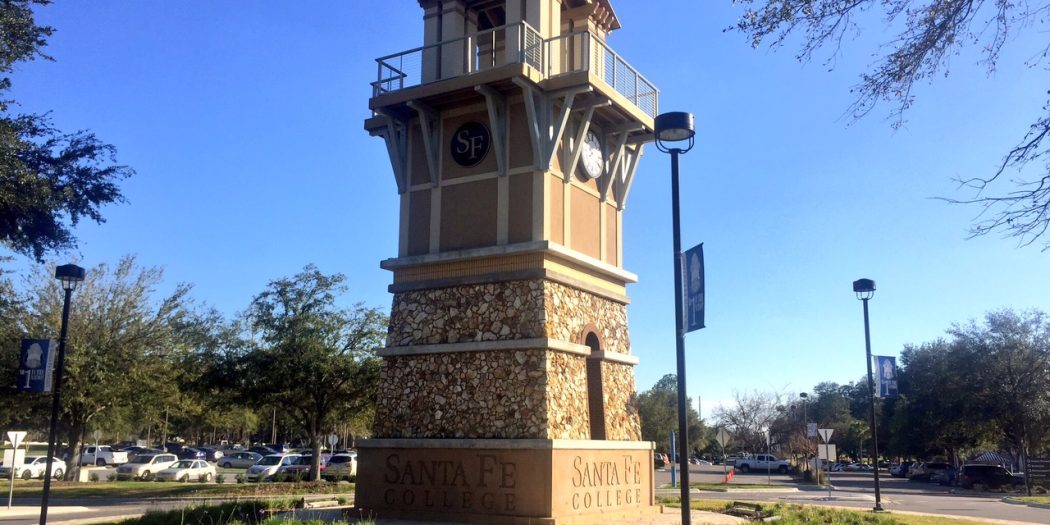 At 12:15 a.m. this morning, an adult male was reported unconscious and not breathing by a staff member exiting the Santa Fe Fine Arts Hall. According to the press release from Santa Fe College, the Santa Fe Police Department administered emergency first aid, but when fire rescue and EMS arrived the man was pronounced dead on the scene.

SFPD Chief Ed Book said there does not appear to be any danger to the community, but the Alachua County Sheriff’s Office is working to identify the man and determine the cause of death.

Katie Hyson is a Report for America Corps Member at WUFT News covering racial and rural inequities in East Gainesville and north central Florida. She can be reached by calling 352-392-6397 or emailing news@wuft.org. Click here to learn how you can support her reporting.
Previous The Point, Sept. 20, 2019: ‘We’d Be Excited About It’: Newberry Hears Details About Florida’s Nascent Industrial Hemp Crop
Next Gators Blow Out Tennessee In The Swamp, 34-3