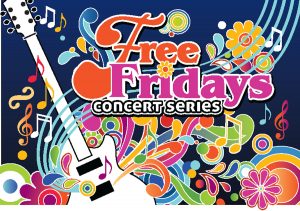 Morningbell is celebrating the release a limited-edition, remixed/remastered 10th Anniversary LP version of the band’s fourth album, Sincerely, Severely, which iTunes called “impossible to classify or resist.” Miami New Times arts and music editor and unabashed Morningbell fan, Celia Almeida, wrote in a 2013 essay for Tunegroover.com that Sincerely, Severely was “the gold standard for a Morningbell album.”

The band will also perform the album in its entirety for the first time at their Free Fridays concert.

Morningbell self-released six full-length albums and three EPs during their initial tenure in the Gainesville music scene from the early 2000s until 2014 and have recently been performing again.

**Language Advisory** Please be advised that some listeners may find the lyric in the first music clip objectionable. The expletive “MF” is not “bleeped” 1:11  into the podcast above and at 28 seconds in the video below.

Glenn Richards is Operations Coordinator and local host for Morning Edition on WUFT-FM. His background includes 30+ years of radio in South Florida as an air personality, promotion director, and morning show producer (WSHE, WZTA, & WFLC). His previous education includes a Bachelor of Science in Communication from the University of Miami where he was also general manager of WVUM-FM. Upon his arrival in Gainesville in 2006 to pursue a telecommunication master’s degree at the University of Florida College of Journalism and Communications, he worked as an air personality at WRUF-FM (both Rock104 and Country 103.7 The Gator). One of Glenn’s passions is local music. Since 1990, he has produced and hosted local music programs in both South Florida and Gainesville, playing demos and independent releases from unsigned artists, many of whom went on to national prominence including: Marilyn Manson, Sister Hazel, For Squirrels, Matchbox 20, Saigon Kick, Mary Karlzen, Nil Lara, Hundred Waters, and more.
Previous How To Help Hurricane Dorian Recovery In Bahamas
Next ‘We’ve Been Talking Long Enough:’ Ex-Inmates Silently Protest Recent Prison Abuse