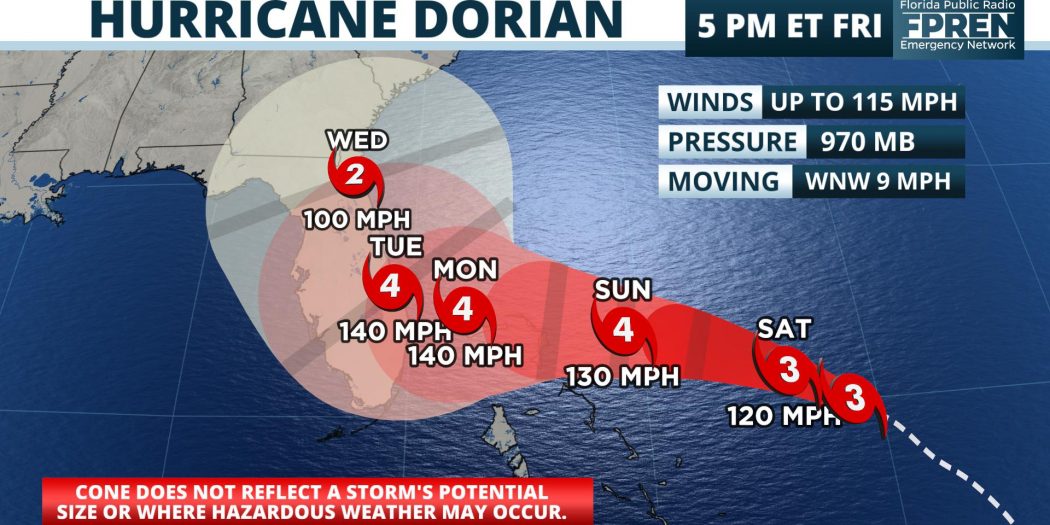 Dorian become a Major Hurricane Friday afternoon, strengthening to category 3 status with winds up to 115 mph.

The season’s second hurricane will likely intensify further, potentially into a Category 4 storm, prior to landfall with the Florida Peninsula.

As of 5 PM, Hurricane Warnings have been issued by the government of the Bahamas for the northwestern parts of the archipelago.

Observations show that an upper level high pressure center has begun to build, and this will turn Dorian on a more westward track. However, forecast guidance continues to suggest the high will weaken as Dorian nears the Florida peninsula. This will likely result in a slowing of the storm’s forward motion, delaying landfall until Tuesday. However, tropical storm force winds and outer rain bands could reach Southeastern Florida as early as Sunday morning

The latest forecast track from the National Hurricane Center places landfall between the Space and Treasure Coasts Tuesday. Dorian will then likely turn slowly northward, and potentially parallel the Florida Atlantic Coastline. The storm’s slow motion means that many locations will receive surge, strong winds, and torrential rain for many hours. If Dorian moves inland, fresh water flooding and tropical storm force winds will become serious threats. These hazards may last into the latter part of the week in parts of the state, particularly the peninsula. 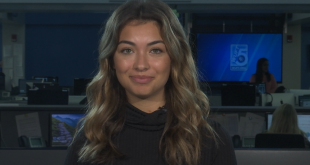 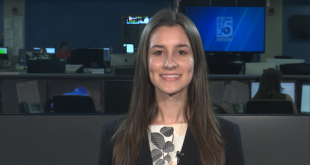 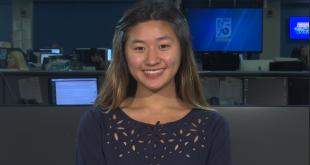 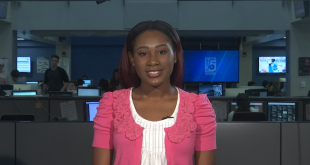 15-year-old, Khyler Edman, was murdered in an armed burglary in his home in Fort Myers, Florida. That and more in 90 seconds.