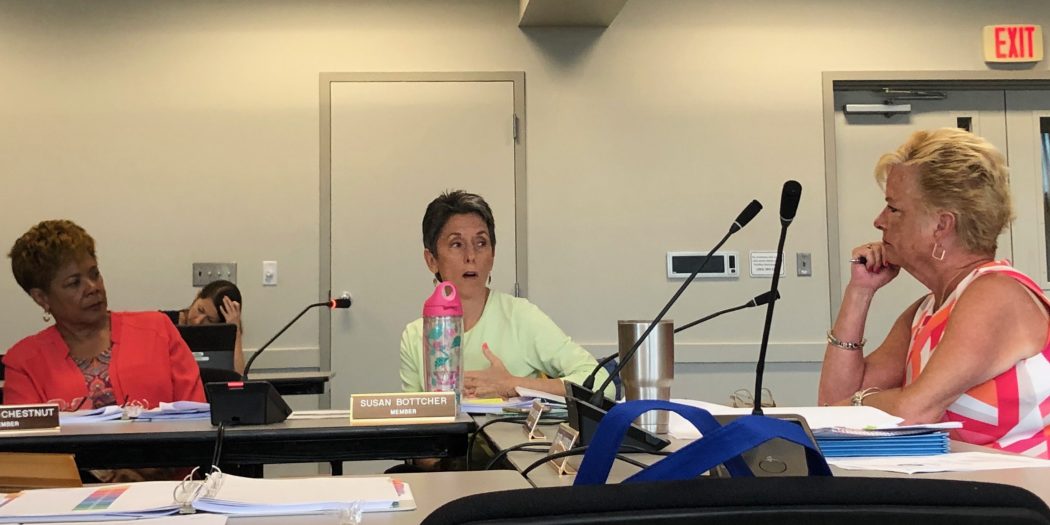 Each term would last four years, and candidates could run again after taking a term off.

Jorge Campos cast the only no vote against that idea. He said 12 years was too long for Gainesville’s voters, as residents and college students move in and out of the city regularly.

The 11-member commission, led by former Keystone Heights mayor Mary Lou Hildreth, also discussed whether to decrease the number of city commissioners from seven to five.

The group was divided, and no final decision was made.

“City commissioners tend to hone in on just the interests of their district,” Chestnut said. “It doesn’t really help minorities at all.”

With fewer members, she added, compromise would come faster, speeding up meetings.

Her plan would combine the four current districts into three larger ones, each with one representative, plus two additional commissioners voted at-large, meaning for the entire city.

Donna Waller, another member, said she wants to stay with seven.

“I think five is too few for a city this size,” Waller said. “I think seven allows a lot of people to know their representatives … I like that connection.”

Hildreth agreed with her.

“Given the patchwork quilt of our community,” the chairwoman said, “I think that seven is good.”

A decision on the number of commissioners will be discussed again at the group’s next meeting.

Also on the agenda is the issue of filing fees. City commission candidates currently pay $327 to run for office. But the group discussed an affordable alternative – petitions.

If a candidate got signatures from at least 1% of Gainesville’s voters, he or she could have the fee waived. This would allow lower-income residents to more easily run for office.

Once the exact number of required signatures is determined, the group will revisit the idea.

Any proposed changes will be approved or denied by a supermajority vote from the city commission before going on the ballot in November 2020.

The committee’s next meeting will be held at 4 p.m. on Aug. 5 in the Gainesville Regional Utilities multi-purpose room located at 301 SE Fourth Ave.