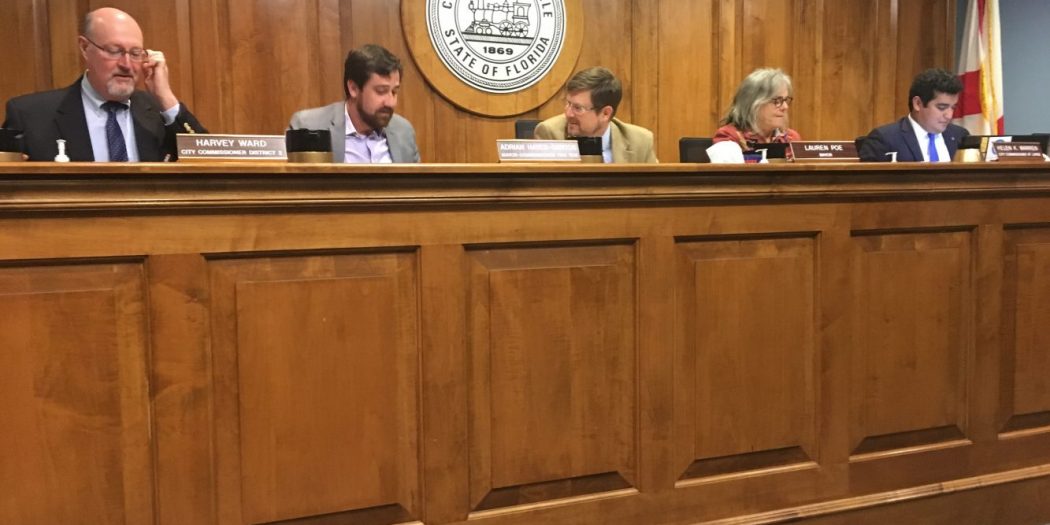 Representatives from Gainesville Regional Utilities presented the City Commission with three options for the reduction of GRU’s General Funds Transfer, as well as options to increase the base electrical rate.

Ultimately, the commission tentatively decided to raise property taxes by 11.5% and GRU electric rates by 6.4 percent while cutting the city budget by as much as $1.5 million. Utility bill increases would work out to another $3 to $4 per month for most residential customers. Property tax increases for a property with $150,000 in taxable value would be about $82 a year. Additionally, a fire assessment fee increase of $32 per year is also being considered.

Lowering the city’s General Fund Transfer, which commissioners have said they are reluctant to do, would mean a smaller increase in customers’ monthly electric bills.

While the transfer helps provides the city with a budget for things such as the public transit system, reducing GRU’s transfer responsibility would allow for a lower electric rate increase.

“We need to provide a budget that meets the challenges our city faces,” Mayor Lauren Poe said.

If finalized during two more votes next month and in September, the increases and cuts would take effect October 1, when the city’s next fiscal year begins.

Jasmine is a reporter for WUFT News who can be reached by calling 352-392-6397 or emailing news@wuft.org.
Previous June 5, 2019: Afternoon News in 90
Next The Point, June 6, 2019: The Possible Impact Of Gainesville’s Budget Gap On Ratepayers And Property Owners