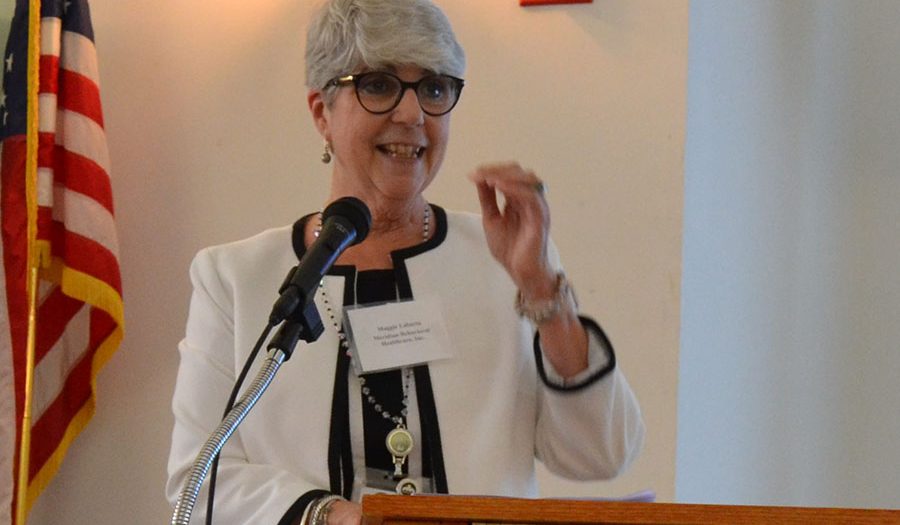 The City of Gainesville hosted the first Mental Health Symposium and Resource Fair Thursday in observance of May being Mental Health Awareness Month.

Mayor Lauren Poe visited several mental health facilities in Gainesville in the past few weeks to learn more about what each organization does and to show he is dedicated to Mental Health Awareness Month.

The symposium was held at Holy Trinity Episcopal Church and was supposed to be opened by Poe, but instead was opened by Hutchinson after Poe had a personal issue arise.

It included keynote speaker and CEO for Meridian Behavioral Healthcare, Maggie Labarta, and a panel of six representatives from mental healthcare providers. It included facilities such as The Alachua County Crisis Center, Meridian, Alachua County Public Schools and the University of Florida Health Psychiatry.

According to Labarta, Alachua County is one of two counties in Florida that have more than one mental health provider for every 500 residents.

“Folks with a mental illness want the same thing that the rest of us do. They want a safe place to live, food on the table, meaningful work and a date on Saturday night,” Labarta said.

Suicide is also higher than the amount of homicides in 62 out of Florida’s 67 counties. For example, in 2016 Florida experienced 1,292 deaths by homicide and 3,122 deaths by suicide. It is the second leading cause of death in people ages 25 to 34.

Mental illness affects one out of five, or 46.6 million, Americans. Florida would save $1.39 trillion if it shifted its priority from health to human services. There are several facilities in Gainesville and Alachua County that aim to help those people.

Youth suicide and depression is on the rise while other diseases and illnesses, such as heart disease and strokes, are decreasing.

After the keynote speech and the panel, several 45-minute breakout sessions were held, three in one session and threes in another after a short break for coffee. In these breakout sessions, people could learn more about the mental health facilities around Alachua County in the categories of Youth Mental Health, Peer Support and Mental Wellness/ Suicide Prevention.

“People need to know that whatever it is that people may be struggling with, whatever kind of issue. We even tell people that if you’re having a rough day and thinking ‘I wish I had someone to talk to about this,’ we encourage them to call,” said Alexandra Martinez, who is the director of the Alachua County Crisis Center that operates a 24/7 crisis hotline.

People seeking help for their mental illnesses could go around to the resources and booths around the church. A contact list of the mental health providers at the symposium was provided in a packet that included a participant survey and the itinerary of the day.

“None of us like to think that someone we know and love suffers internally like that, I think the younger the person is the harder it is for the family to believe that their life could be that painful,” Labarta said. “Just think of Eeyore. Eeyore was always sort of depressed but Pooh and Tigger just accepted him for who he was and sometimes they would just sit with him.”

Everitt is a reporter for WUFT News who can be reached by emailing news@wuft.org or calling 352-392-6397.
Previous Alachua County Bans Conversion Therapy
Next Gainesville’s Charter Review Begins