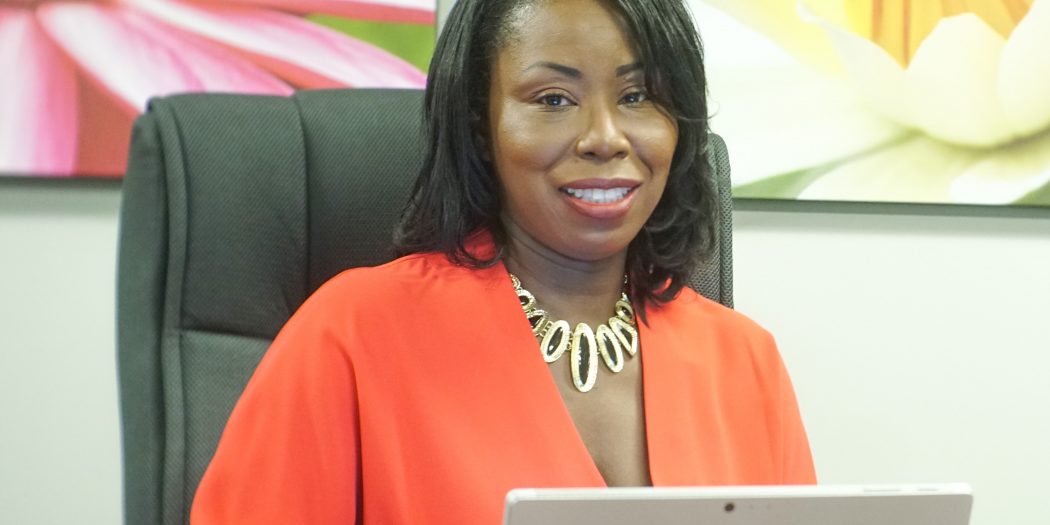 By Xoe Miller and Giovanna Kubota

In a world where topics of race relations and job equality become too sensitive to talk about, a Gainesville woman has found a way to spotlight shining examples in the community.

Virginia Grant has launched “SYNERGY: A Collaborative Guide to Economic and Discovery,” an initiative aiming to recognize and give more visibility to African-American professionals in north central Florida. Grant said she has also brought hundreds of them together through events, conferences and even on her own podcast.

In January, Grant held a gala to recognize the great works of many different professionals and honored nominees with awards. She then featured them in this year’s inaugural publication.

“We truly believe in the spirit of diversity,” Grant said, “and we are hoping to be the example of that.”

She said she started the magazine to support business owners after a local racial inequity study showed the black community does not fare well as other races in Alachua County.

The study was conducted by the University of Florida Bureau of Economic and Business Research (BEBR) in early 2017 and released in January 2018. The data showed the differences of job opportunities for blacks and Hispanics contributed to the income disparities in the county.

After seeing the results, Grant and her peers knew they had to do something about it.

SYNERGY serves as a directory for Gainesville local business owners and to help them to interact with their customers and create professional partnerships in the community.

The magazine and initiative are gaining traction with the community.

Dr. Geneva Stephens, 34, owner of Ocala Chiropractic and Injury, received the 2018 New Business of the Year award from SYNERGY. Stephens, a graduate of Bethune Cookman University, aspired to be a surgeon until a woman spoke in a class about being a chiropractor.

“She spoke about how she had the ability to heal people without any type of drugs or medication,” Stephens said. “After that, I knew this is what I wanted to do.”

Stephens has been a chiropractor for 10 years but has owned her practice for almost three.

She was surprised to have won the award because her business is in Ocala and not Gainesville.

Stephens hopes what Grant is bringing to the Gainesville community spreads beyond the city.

Nouvelle Gonzalo, a local attorney, said she appreciates how SYNERGY allows black professionals in Gainesville to compete with and support those in similar initiatives elsewhere.

No question, though, SYNERGY bolsters the Gainesville community as a whole, Gonzalo said.

“It allows for the community to offer more,” she said. “It gives a platform and opportunity for additional voices to be heard.”

Rhonda Wilson of Star Center Children’s Theatre, which will celebrate its 20th anniversary next year, was awarded the first-ever Woman of Vision and Purpose award by SYNERGY in January.

Wilson always had a passion for children and also the arts.

“I wanted to figure out a way to combine the two things that I loved into something else,” Wilson said.

In the early stages of her theater, Wilson shared a space with an after-school program. In the years that followed, the business moved constantly because it was growing. Soon there wasn’t enough room in her building at the time for all of the staff and children. But according to Wilson, her theater is more than just a business.

Wilson encourages anyone with a passion to pursue it.

“What drives you and what gets you up in the morning,” Wilson said, “are your passions.”

Coming from her own experience, Wilson said she hopes Grant and SYNERGY will get through the rough patches.

“I hope even through the down times she will get through it,” Wilson said. “We have to support each other.”

Xoe is a reporter for WUFT News who can be reached by calling 352-392-6397 or emailing news@wuft.org.
Previous The Point, May 1, 2019: Florida’s Next Budget Appears Just About Set
Next Fundraisers, Grants, And A Plea To Gainesville’s Mayor Haven’t Yet Saved Florida’s Only Peer Respite Organization