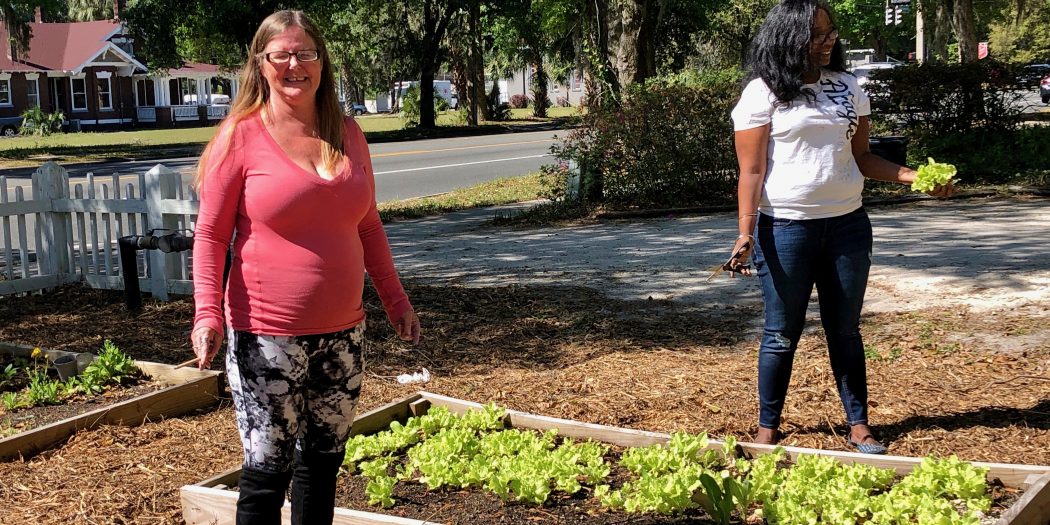 Fundraisers, Grants, And A Plea To Gainesville’s Mayor Haven’t Yet Saved Florida’s Only Peer Respite Organization

Above: Hear a version of this story that aired on 89.1 WUFT-FM.

Florida nonprofit corporation Gainesville Peer Respite may be forced to close its doors to the community for good after losing its biggest donor in September.

A staff member’s passionate email to Mayor Lauren Poe was the nonprofit’s only hope.

“I figured if any nonprofit or charity was worth helping, it would be this one,” said Cherrell Richardson, a 20-year-old peer specialist recently hired at the Gainesville Peer Respite.

Richardson acknowledged it’s not Poe or the city’s “job to fund failing nonprofit organizations,” her email said, “our respite is in serious danger of being closed down even though our numbers and publicity have been increasing.”

The center is expecting a visit from Poe this month, but Richardson fears it may be too late.

She explained how the peer respite “started slow” and has a new team tasked with turning around “a struggling nonprofit.” The staff is asking for Poe to give them “a year or at least a couple months to prove that we are an organization that is worthy of being kept in this community.”

The Gainesville Peer Respite’s Serenoa House at 728 E. University Ave. is situated in the historic district of downtown Gainesville. It provides a safe space for members of the community who self-identify as peers to connect. A “peer” in this context “is a person who has experienced overwhelming mental or emotional distress and seeks to form meaningful relationships with others.”

Guests are able to participate in various support groups and wellness activities that are available Monday through Sunday. Popular groups include Creative Connection, which explores healthy creative outlets such as art, writing and music, as well as Social Cues to help conquer shyness and social anxiety. Those seeking additional assistance can stay up to eight nights per month in one of the house’s five rooms. They have access to a kitchen stocked with healthy foods and are provided with toiletries and the ability to do laundry.

The development of peer respites is a newer movement.

Peer specialists are active listeners who work directly with visitors to offer emotional support. This is done in person, in a group setting or over the phone with the warm-line where callers can speak confidentially, although calls may not be answered right away.

“We’re the first peer respite in Florida, and one of only about 25 in the entire country,” Operations Director Amber Hodges said.

The 28-year-old began as a peer specialist in 2017, and now manages day-to-day operations that include support groups, wellness activities, events and staff. She now works tirelessly to invent new ways to receive funding after she said “[the private donor] cut off a big portion of our funding and are going to continue cutting back more and more each year.”

“They want us to be more self-sufficient and be able to find other alternative sources of funding,” Hodges said.

That amount dropped by about 90 percent to $45,813 the following year.

The organization’s staff have been forced to get creative to maximize funds.

Yard sales and fundraisers with Chipotle and Blaze Pizza are more recent efforts being made to generate income. She also described a 2019 cap grant through Alachua County as “a huge blessing” after receiving those funds in 2017 and 2018. Corporate sponsors have played a big role, with Papa John’s donating pizzas for the peer respite’s weekly Pizza Friday event.

The group is seeking other grant opportunities, such as with the Lutheran Services Foundation who also funds organizations with which the center partners.

As a participant in this year’s The Amazing Give nonprofit fundraising event from March 20 to 21, the center received $7,903 from 78 donors. Hodges plans to set the bar even higher having “seen so many people’s lives touched.”

The Gainesville Peer Respite, however, cannot look to the mayor for any funding assistance.

“The city does not have a [discretionary] fund,” Poe said in his reply to Richardson’s email. He instead offered to talk to other organizations that may be able to help.

Funds are low, but the spirits of staff members and the center’s guests have remained high.

The 49-year-old was diagnosed with schizophrenia and knew about the peer respite nonprofit well before opening its doors in April of 2017. Since coming to the center she hasn’t been in the hospital in two and a half years.

“I didn’t feel alone anymore because now I had a community that accepted me, and that was really important because I had always been alone,” she said.

Noton is passionate about her job to “co-explore” healing and recovery with guests.

“Gainesville Peer Respite has a very unique relationship with the people that come here,” she said, “We’re all peers and we explore our own healing together.”

She hopes to leave a lasting impact as a member of a smaller community in the Gainesville area.

“I’ve learned confidence and love that I can share with the larger community that I didn’t have before I came here,” Noton said.

Juzanne is a reporter for WUFT News who can be reached by emailing news@wuft.org or calling 352-392-6397.
Previous SYNERGY Magazine Launches In Gainesville To Bring More Attention To African-American Professionals
Next Developer: The Swamp Restaurant Will Live On After All