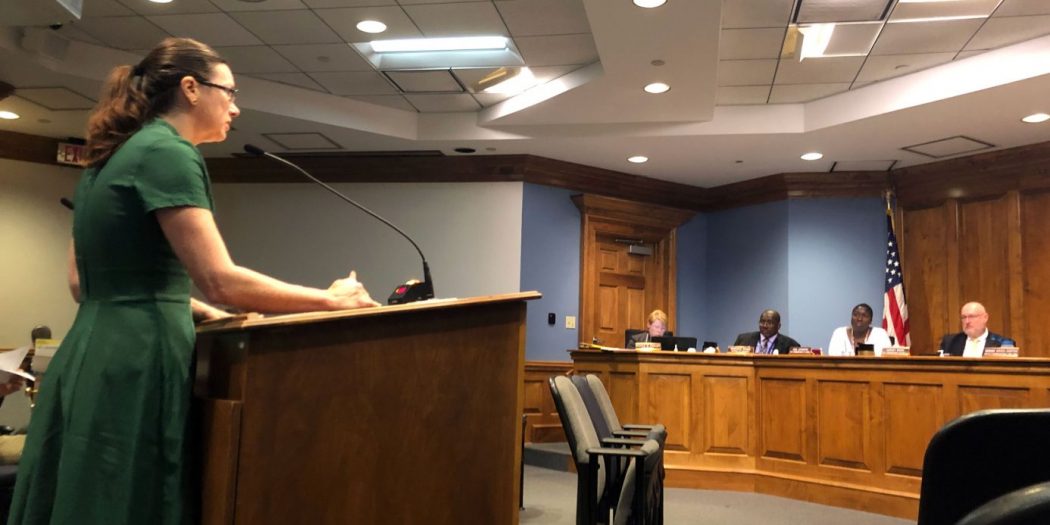 A Gainesville resident speaks to the Gainesville City Commission during a public comment session at a meeting earlier this month. (Rachel Spencer/WUFT News)

The Gainesville City Commission in its General Policy Committee meeting Thursday voted unanimously to begin to change the way its meetings are run.

After discussion of past meetings getting out of hand, Commissioner David Arreola made a motion to change the parameters of language critical of a commissioner’s or citizen’s personal life, not their policy standpoints.

Commissioner Gail Johnson said after dozens of meetings since her election a year ago, she is tired of people berating her during public comment periods.

“There has been some discourse that’s happened in the meetings that is escalating,” she said, “and that’s part of what we need to deal with.”

The motion passed included a request for city staff to come up with a list of overly-critical terminology and allowing the public to make use of comment cards.

Commissioner Adrian Hayes-Santos said he researched public comment periods of other cities in Florida and found Gainesville’s to be more numerous than others’.

Nathan Skop, who frequents many of the city’s meetings, said the rules are fine, and the commission should make the meetings and items more publicly accessible.

“Let’s not be hypocritical,” he said. “Existing rules of this commission work perfectly fine. The issue is that the commission itself fails to follow its own rules… There’s a disconnect between scheduled meeting notices and the website.

The commission will review the findings of the city staff related to public comment at a later date.

Kyle is a reporter for WUFT News who can be reached by emailing news@wuft.org or calling 352-392-6397.
Previous Why Hurricane Preparation Is A Year-Round Job In Levy County
Next Gainesville’s Mental Health Co-Responder Team Diverts Arrests and Saves Taxpayers Money