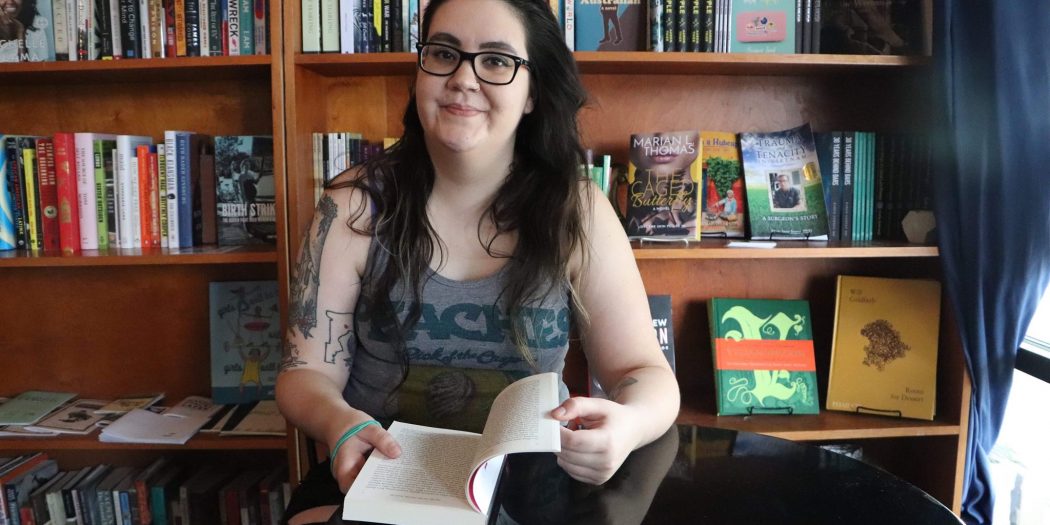 Since the 2011 closure of the national bookstore chain, Borders, the future of retail bookstores looked grim. The competitive world of online book sales and e-readers have forced bookstores to adapt.

Third House Books and Coffee, 113 N Main St., is one such independent bookstore in Gainesville planning on further changes.

The store strives to keep the downtown culture alive with its curation of books from local, LGBTQ, feminist and minority authors.

But the price of running a bookstore that generates income primarily off of new, marginalized books presents both personal and financial challenges.

“I’ve been working 80 hours a week with this and a second job,” owner Heather Halak said.

Former co-owner Kiren Valjee launched the business in October 2016. For more than two years, he worked two server jobs in addition to managing the store. Even then, Valjee and then co-owner Halak frequently ask their families for financial support to break even every month.

“Originally it was Kiren by himself working six days a week, and I think that led to the burnout,” Halak said. Valjee’s last day was March 31. Halak is in the process of buying his share of the store.

Halak suffers from an autoimmune disorder and said it’s unrealistic to work six days a week herself.

“I wanna be able to give this my all, and I think in order to have a healthy business you need to be a healthy person,” she said.

While Book Gallery West— another independent Gainesville bookstore — relies on sales of its collection of about 20,000 used books and gift items to make a profit, Third House Books and Coffee mostly depends on their selection of new, hand-picked books.

A rent increase in November strained Halak to keep the doors when the owner of the building, Holy Trinity Episcopal Church, raised the monthly rate by 30% to $951. The store created a GoFundMe page to sustain itself. It raised $2,319, which Halak said helped. And yet, to keep the core business model of selling marginalized voices and new books — and make it profitable — Halak plans to introduce some updates to the store.

Previously, the store stayed open for six days a week. Halak now operates the store five days a week, from Wednesday to Sunday. With Mondays and Tuesdays off, Halak will have time to rest and search for new book releases on Tuesdays, when most books are released.

As a second cost-savings effort, Halak plans to eliminate the “coffee” aspect of Third House Books and Coffee. Halak said the drinks take up too much time and inventory.

“Books have about a 40% profit margin, and any money we make goes back into books,” Halak said, rather than pumping money into coffee items.

Lastly, Halak plans to move to a new location that will offer more foot traffic and parking options.

Halak believes that the culture of the downtown Gainesville community will help Third House survive.

“This is a safe space for a lot of people,” Halak said. “Amazon can’t sell you an experience … There’s a social aspect to a real bookstore.”

Timothy Tia, a 22-year-old UF graduate, has been a customer of Third House since the summer of 2017. The store soon became a social gathering place for Tia and his friends.  Tia said he admires the store’s representation of female authors and authors of color.

“This place is like the diner in Seinfeld,” he said. “I think it’s something really special.”

According to American Booksellers Association senior strategy officer Dan Cullen, over the past 10 years, independent bookstores have shown resurgence.

“Nationally, new stores are opening, established stores are finding new owners, and a new generation is coming into the business as both owner/managers and front-line booksellers,” Cullen said via email.

“All of this is a result of the fact that indie booksellers remain a resilient and entrepreneurial group, and that independent bookstores offer a unique and unparalleled opportunity for the discovery of new authors and great writing,” he said.

“We’ve never worried about going out of business. Our customers are wonderful, and there are so many people in Gainesville who want to read a real book,” owner of Book Gallery West Jan Fronk said.

Tia said he understands it’s not easy to maintain a small business, especially a bookstore.  But he believes Third House Books is a crucial part of downtown Gainesville.

“For such a progressive place, there are not as many community spaces as we need,” he said

Sofia is a reporter who can be reached by calling 352-392-6397 or emailing news@wuft.org.
Previous Newberry Drug ‘Take Back’ Event Joins Alachua County, National Effort
Next The Point, April 23, 2019: Drug Take Back Day Set For This Weekend In Alachua County And Nationwide