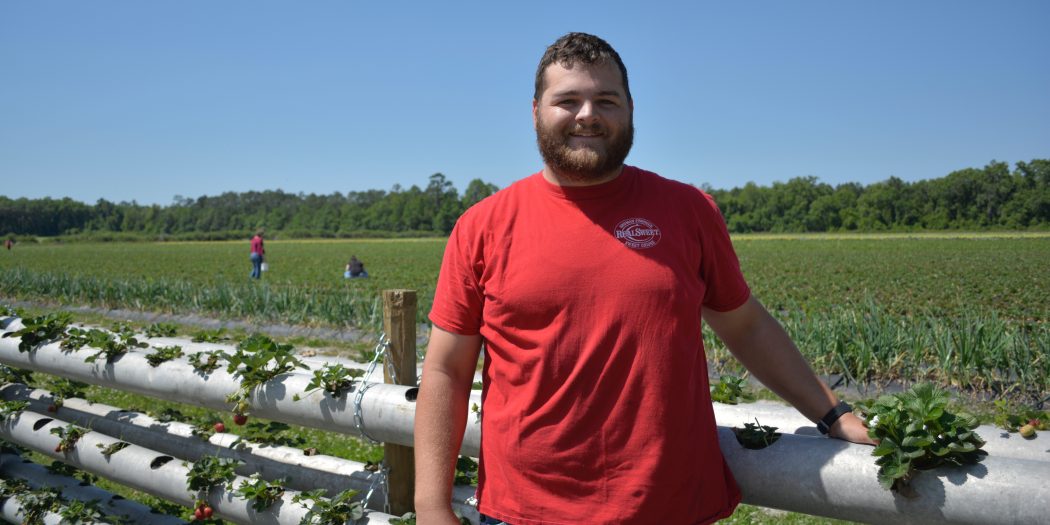 “We’re just trying to put our little flare on it and add some new things,” said Mike Stephens, one of the owners of Roger’s Farm. He and his family bought the farm together at the beginning of 2018. They hope to expand their projects to make their farm more accessible. (Jessica Curbelo/WUFT News)

When Lorraine Cardwell went to work in 2009, the pediatric nurse didn’t expect to be leaving with another daughter.

Four-year-old Karrah weighed 20 pounds and was the size of a 9-month-old baby when she was brought to the hospital. Among other diagnoses, Karrah has cerebral palsy and epilepsy.

The day that Cardwell met her, Karrah wouldn’t stop crying. Although she wasn’t her nurse, Cardwell told the other nurses to bring the toddler to her.

“They put her in my arms, and when they did, she immediately stopped crying,” Cardwell said. “She opened her big, old eyes with those big, old eyelashes, and she looked right at me.”

Cardwell knew that she’d adopt Karrah in a heartbeat. It took a little longer than that, but Karrah was welcomed to the family by Cardwell, her husband and their two other children.

Since then, the Cardwells have endeavored to give Karrah a normal life.

Karrah says few words and has to travel in a wheelchair or stroller, depending on the situation. Cardwell said the stroller works best when they take her to the beach or to the park. They take trips to Disney for Karrah to see her princess friends and to programs that let her ride horses.

“We want her to have the best life possible,” Cardwell said. “There are limitations when you have a special needs child, but we don’t use the word ‘can’t.’ You just have to pick and choose what works best for her.”

They can now add strawberry picking to the list.

At the end of March, Roger’s Farm introduced a wheelchair- and handicap-accessible portion to their strawberry fields. The strawberries are planted into repurposed pipes that are constructed at three different levels. The highest is at about 4 feet.

The Cardwells were one of the first families to test out the new construction. A friend of Cardwell’s, who also has a child with disabilities, tagged Cardwell in a Facebook post from Roger’s Farm. A picture showed red, ripe strawberries hanging out of holes drilled into pipes.

A few days later, on March 30, Cardwell, her husband and Karrah drove about 30 minutes from their home in Williston to the farm located at 3831 NW 156 Ave., Gainesville. They were so excited that they showed up at the farm before it even opened.

Cardwell said the family running the farm was quick to get strawberry buckets in their hands and welcome them.

Mike Stephens, one of the owners of Roger’s Farm, said the farm originally belonged to another family before he and his wife, his parents and his aunt and uncle all bought the farm together. Stephens is a fifth-generation farmer.

“Last year, when we took over, it was our first strawberry season,” Stephens said.

Below: Stephens explains more about the origin of the idea.

He and his family noticed some people would stay along the sides of the fields while their family members would venture out to pick strawberries. Stephens said people with disabilities and elderly people had a harder time going into the fields. Some wheelchairs fit in the rows, but many didn’t. The people just couldn’t participate in the family fun.

Stephens’ mother came up with the idea to get the strawberries off the ground. His grandfather took the idea and ran with it.

About 300 feet of old irrigation pipes laying around form the base. Offshoots of the plants in the fields were cut and planted into the pipes to grow new berries. Drip tape runs through all of the pipes to get water and fertilizer to the plants.

“It’s a pretty nice setup for just trying something out,” Stephens said.

Several families visited the farm on March 30, their first weekend open, to test it out. The feedback was good.

“It was really nice to see how excited the mothers and the kids were that they could be involved in it,” Stephens said. “For them to be able to come here and just be able to reach to the side and grab one, that’s everything. It made me teary-eyed a bit.”

Cardwell said the dirt around the construction was packed enough for Karrah’s stroller to roll over it without problems. With assistance from her mother, Karrah was able to pick her own strawberries off the stems. Because Karrah has trouble reaching out her arm, Cardwell would put the strawberries in her daughter’s hand and let Karrah pull them.

“She was smiling from ear to ear,” Cardwell said. “You can pretty much guarantee that we’ll be out there once every two weeks to get our strawberries.”

Stephens is optimistic after the first introduction of the handicap-accessible strawberries. Strawberry season at Roger’s Farm has just begun and should last a couple months.

Stephens and his family are planning to expand the project. Not only does Stephens want more pipes for strawberries, but he’s also hoping to include other fruits and even flowers. Plans for wheelchair-accessible swings are in the works as well.

“I want people to know that if they have a child with a disability or anyone with a disability as a matter of fact, they can come here and have a family day doing all the same stuff, so nobody feels left out,” Stephens said. “I think that’s what we’re here for: not just farming but to be able to show that this is open to everybody in all ways.”

Jessica is a reporter for WUFT News who can be reached by emailing news@wuft.org or calling 352-392-6397.
Previous The Point, April 11, 2019: Florida Legislator Requested $250K In State Money For A Troubled Businessman
Next Rebuild Bay County Hosts ‘Pray For Bay’ Event Six Months After Hurricane Michael 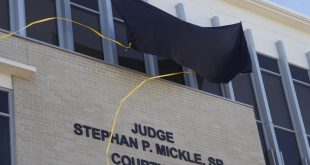 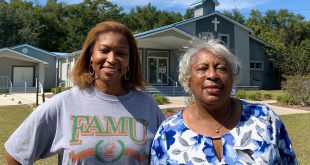 Former slaves and others are buried at this Archer cemetery. A group is trying to preserve its history

The Alachua County Historical Commission has documented 438 graves at St. Peter’s, which can be traced back to 1886. Church deacons, war veterans, former slaves are all buried there.