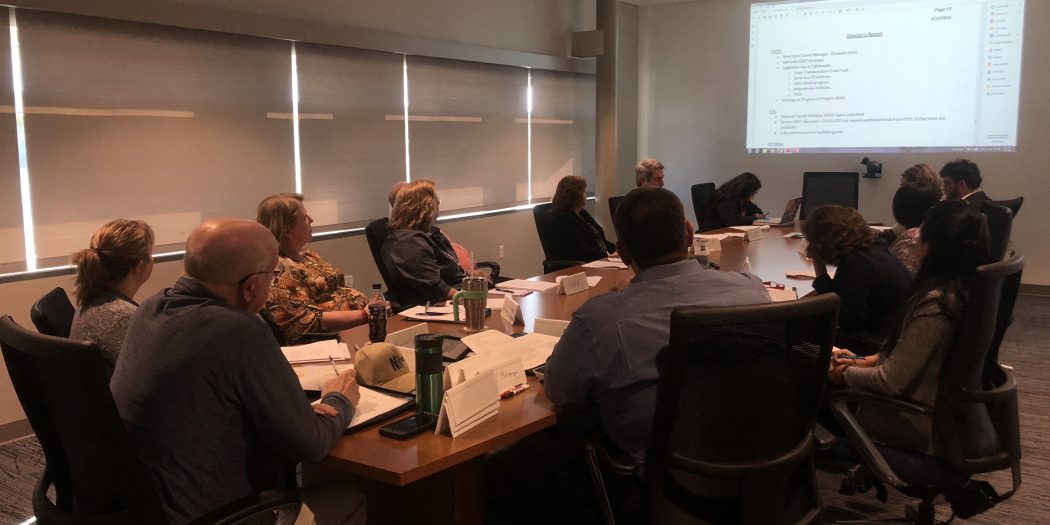 The Regional Transit System Advisory Board held a public meeting Wednesday to discuss changes to routes during summer 2019 and to give staff updates.

RTS services will be altered from May 6 until August 18, according to the advisory board. RTS makes service changes three times a year, coinciding with semester schedules at the University of Florida and Santa Fe College.

The service changes are the same as last summer. There will be no change to 21 routes, decreased frequency of 18 routes and decreased service hours of 18 routes. Later Gator trips will run from July 5 until August 17. Weekend services are unchanged year round.

As part of the planning update, Transit Director Jesus Gomez said the microtransit service has been successful, but the express route is being modified. The biggest complaint from passengers is that they don’t want to take the express route because it requires them to transfer buses.

Currently, there are two express routes. One goes from Trenton through Newberry (Route 902) and the other begins in Lake City and goes through Alachua (Route 901). Both routes end at the Butler Plaza Transfer Station.

“I’d hate to see what these numbers break down to,” advisory council chair Thomas Black said in regard to daily ridership.

The routes are planned to expand to the UF campus on May 6. The UF stop will be located at UF Health Shands Hospital.

Route 75 will also have trips added to it later in the day and at night due to good ridership.

RTS is currently working with Santa Fe College to modify bus services. There are two proposals. If the Santa Fe transportation fee stays the same for students, which it has for the past eight years, RTS would need to cut services by $85,000. If transportation fees increase by $2 per credit hour, RTS will increase services.

RTS is also looking into routes that would connect Santa Fe’s main campus to its downtown campus.

The Advisory Board also discussed customer service. Customer service advocate Patti Wiggs discussed a system in place for commendations for drivers, where drivers’ names are put on a “bright sign.”

“They really appreciate seeing their names up there,” said Wiggs. “It’s become like a competition among the drivers.”

Wiggs also explained the top complaints from passengers are about drivers passing stops and being rude. The top commendations are that drivers are nice and helpful.

On April 20 RTS will offer charter services for the Garth Brooks concert at Ben Hill Griffin Stadium, similar to the Gator Aider which runs during football season, according to Roy Darnold, transit operation manager. There will be four stops available for concertgoers to catch the bus: The Oaks Mall, Celebration Pointe, Parking Garage 9, and 34th street near the Hilton. Buses will run from 4 p.m. until the start of the concert at 7 p.m. The buses will bring concertgoers back to their original stop for an hour after the concert ends. Round trip tickets are $10 per person.

The 2019 Florida Triple Crown Bus Roadeo will take place on April 5 and 6 at the Jacksonville Transportation Authority. The Roadeo features a fixed route driving course where transit professionals will compete. Representing Gainesville RTS is Gary Saels, who won the local Roadeo.

Currently, there are 23 job vacancies within RTS. The vacancies are not enough to significantly effect routes and there are fewer vacancies than last year, according to Gomez.

Rachel is a reporter for WUFT News who can be reached by emailing news@wuft.org or calling 352-392-6397.
Previous Florida State Parks Foundation Calls For More Funding From Legislature
Next The Point, March 28, 2019: Florida House Begins Discussion Of Suncoast Parkway Extension