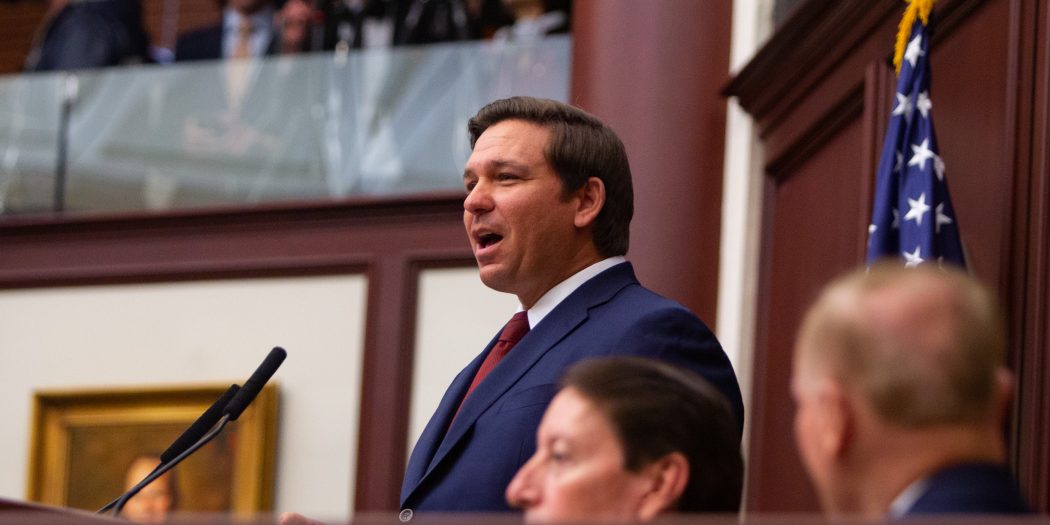 Gov. Ron DeSantis delivers the State of the State address at the House of Representatives on the first day of Florida's legislative session on March 5, 2019. Senators, representatives and his cabinet were present to hear his last speech before they begin the legislative process. (Cat Gloria/ WUFT Capitol)
Home / Government and politics / Florida Passes Bill To Repeal Smokable Medical Marijuana Ban

The bill passed on a 101-11 vote on Wednesday and is the first bill to go to the governor’s desk during the 60-day legislative session that began last week.

Voters approved medical marijuana in 2016, but lawmakers banned smokable forms of the plant in a bill signed by then-Gov. Rick Scott in 2017. The state was sued over the issue, and a judge declared the ban unconstitutional. Scott, now a Republican U.S. senator, appealed the ruling.

Republican Gov. Ron DeSantis said in January that the current law doesn’t represent the will of the voters. He said he’d drop the appeal if lawmakers didn’t repeal it.

The Associated Press is a wire service to which WUFT News subscribes.
Previous March 13, 2019: Afternoon News in 90
Next Florida Lawmakers Discuss Surveying University Faculty And Students About Political Viewpoints