Squire gives advice to his pupils in advance of their track riding.

As William Gadley gazed out over the crowd assembled at Waldo Motorsports on a murky Saturday afternoon, a warm smile spread across his face.

Numerous motocross racers, young and old, had assembled at the track to participate in various racing series, and while the weather was not ideal for the event’s final day, it did not dampen the spirits of those who had come to ride the track.  As Gadley, 48, a local motocross enthusiast, presented medals to race winners, he thanked those in attendance not only for coming, but for fostering a supportive community for those who had just been introduced to the sport.

“This is a learning environment,” Gadley said. “We want these kids to feel safe here.”

In operation since 2003, Waldo Motorsports, located at 16258 NE US Highway 301, has served as a winter hub for few dozen members of the motocross community.

Year in and year out, biking families journey south when the cold makes honing their skills up north a non-viable option.  Racing complexes in Florida, Texas and many other southern states turn into makeshift neighborhoods during the colder months.  Trailers, RVs and tents litter the campground, housing both the racers and their vehicles. Waldo’s complex and many others throughout the south also host events and tournaments during these times, allowing racers to keep their competitive fire stoked.

Starting in November, riders come from places as far north as Massachusetts and Indiana to avoid falling behind their competition. But riders aren’t the only people who make up these pop-up communities; coaches, mechanics and family members also serve important roles.

Steven Squire, a coach of about seven years headquartered in Terre Haute, Ind., brings many of his riders down to Waldo when the weather demands it. The trips have created a special bond among many of them.

“Everyone kind of moves down here together,” Squire said, “so we end up becoming friends.”

For many who spend their winters here, that bond goes beyond friendship.  Matt Rucker, Waldo Motorsports’ caretaker, has plenty of firsthand experience with this mentality, having worked at the track for more than 15 years.

“It’s a town within a town,” Rucker said. “Everybody is family here.”

Family is a word echoed often in the Waldo motorsports community, as is the idea that everybody is here to help each other improve.  Racers range in age from beginners starting as young as 5 all the way up to 73, and every person is there to support others in the community, Rucker said.

Many of motocross’ advocates hope to break its rough public image, Rucker said.

“People see motocross as an outlaw sport, and that just isn’t true,” he said.  “It’s family-oriented and very structured. These kids don’t even have time to get into trouble.”

Many of the regulars at the track follow strict training programs that take up the vast majority of the day, and the program Squire runs is no exception.  His students’ usual routine consists of an 8 a.m. run, followed by more than two hours of riding on the track. Once they finish riding and break for lunch, the next three hours are spent taking classes. They end their days with more high-level conditioning.

“A lot of the kids in my coaching program are homeschooled,” Squire said.  “Their primary focus is to try and make it as a professional rider.”

Squire currently has more than 10 riders under his tutelage, from 9-year-olds to professional riders, both male and female.

Waldo has found a place in the hearts of many who travel to ride there, and the welcoming nature of the local motorsports community is one of the biggest reasons, said Adam Needham, owner of MX Central Powersports, a motorcycle repair shop in Lake Alfred.

“It’s definitely about the families,” Needham said. “We love the fellowship more than we love the racing.”

Hayden is a reporter for WUFT News who can be reached by calling 217-552-7022 or at haydendodds@ufl.edu
@DoddsHayden
Previous Feb. 13, 2019: Afternoon News in 90
Next Devil’s Millhopper Geological State Park Continues To Serve Gainesville Locals Despite Construction ‘Our Children Are Loving Every Second Of This’: Youth Sports Return to Micanopy ‘You Need A Restaurant’: Spurrier’s Gridiron Grille Expects to Open By June 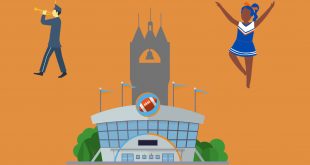 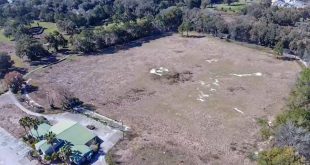 A development application for the property is still in deferral status.