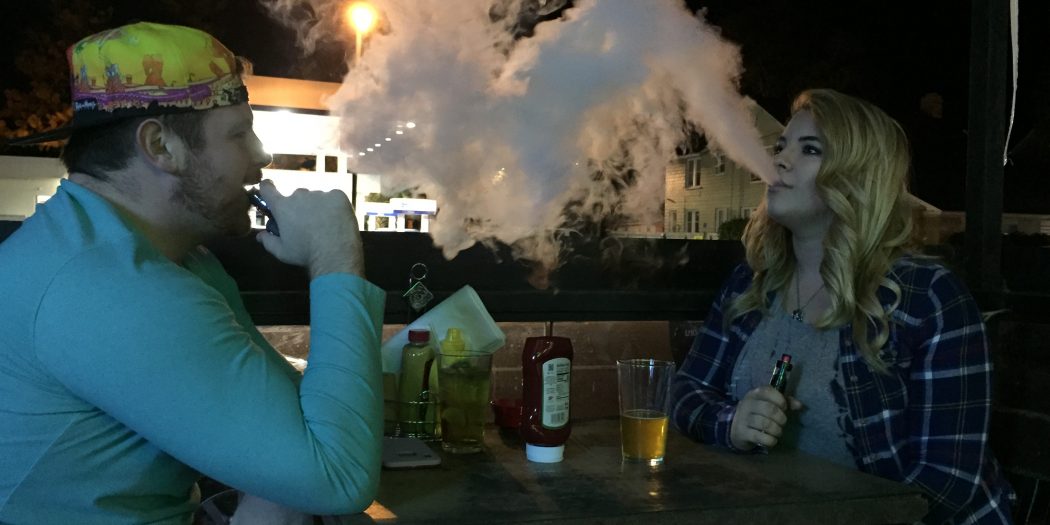 Four Alachua County cities intend this month to discuss the county commission’s decision to prohibit the sale of tobacco and vape sales to anyone under age 21.

On Jan. 22, the county commissioners became the first in Florida to adopt what advocates nationally call a Tobacco 21 ordinance. The measure allows each of the nine affected municipalities until October to decide if they want it to take effect in their jurisdictions.

The Waldo City Council already voted to support it when the county proposed it in 2018.

Hawthorne Mayor Matthew Surrency said the city council discussed it Tuesday and does not plan to opt out. The ordinance is not currently an agenda item in Alachua, LaCrosse or Micanopy.

As long as Gainesville does not opt out, the ordinance will be effective, Gibney said. Out of 313 tobacco retailers in the county — not including stores that only sell vaping products — about 240 are in Gainesville, said Jerry Brewington, the senior planner for the Alachua County Growth Management Department.

“Widening that gap between those who can and cannot purchase tobacco is going to restrict some of those social sources,” Gibney said.

Gainesville Mayor Lauren Poe said he supports the initiative and expects the city commission to “make sure we let our residents know where we stand on this particular issue.”

“Men and women in white coats sit around in labs figuring out how to keep you hooked, and I think it makes our commission angry,” Sexton said.

About 90 percent of people who use cigarettes throughout their life begin before age 18, according to the U.S. Surgeon General. Gibney said in 2005 Needham, Massachusetts, became the first locality to raise the purchasing age to 21. Three years later, its smoking rate was 56 percent lower than the state’s.

Critics question how effective the ordinance will be in preventing teenage nicotine addiction. Some argue that minors can access products from siblings and friends. However, Gibney said a 15-year-old is more likely to know someone who is 18 and willing to buy tobacco than a 21-year-old.

Less than a mile away from the University of Florida, Madison Marston, 23, has managed Climax Smoke Shop on West University Avenue since April. Marston said 70 percent of the store’s clientele is 18- to 22-year-olds.

“I think pushing it to 21 is also creating this boundary of what an adult is: You’re 18, you’re on your own, but you can’t buy tobacco products now,” she said. “What does it mean to be an adult?”

Among the local vape store employees worried about job security is C.J. Harris, 21, one of five employees at Escape 2 Vape on Northwest Fourth Boulevard in Gainesville. The store works to help customers quit smoking by slowly weaning them off nicotine with each visit, Harris said.

While he appreciates that the ordinance would curb underage nicotine use, Harris wishes those who are already 18 to 20 could be exempt. He said of the measure, “It’s crippling the market for businesses in Gainesville.”

Tobacco and vape retail stores will have to purchase a one-year license that could cost $230, Brewington said, though the price may decrease if any municipalities opt out.

The county plans to hire ISN Corp. of Maryland to ensure that businesses comply with the ordinance. At most, ISN would earn about $41,000, again depending on how many municipalities opt out, Brewington said. The county would also hire a part-time staffer to process the licenses. The licensing fees would pay for both ISN and the assistant, who would earn about $33,000, Brewington said.

According to the ordinance, businesses caught violating the ordinance four times within two years would have their license revoked permanently. Stores must also display a sign that prohibits the sale of tobacco products to those under 21.

Jeff Montgomery, 69, welcomes the change, saying that 21-year-olds make better decisions than teenagers when it comes to long-lasting health concerns. He has owned the Chevron at Hunter’s Crossing on Northwest 43rd Street in Gainesville since December 1995. Excluding lottery tickets, car washes and gasoline, a third of his store sales are tobacco and vape products, he said.

Still, Montgomery disagrees with the licensing fees and hiring of a private corporation.

“If the tobacco retailers and the vaping retailers are going to take a profit hit, it seems onerous to me to charge a $230 fee to pay for a license,” he said.

Gabby Hayes, 19, doesn’t see the point of the ordinance. The Santa Fe College art history freshman said underage people will always find a way to get what they want.

Once a month, Hayes swings by New Leaf Vapor Co. on Southwest Archer Road to restock on vape liquid for about $25. Come October, Hayes said she would get a 21-year-old to buy the refills.

“For some reason, 21 seems to be their (the government’s) favorite age to set for being able to mess with things that aren’t great for your body,” Hayes said.

Sharon Raymond, 31, who has managed Escape 2 Vape for three years, would be less upset if the age restriction was statewide. The shop is about five miles away from Santa Fe College and UF. Customers ages 18 to 20 make up 40 percent of the store’s clientele, Raymond said.

The store’s owners, Mary Ewing, 61, and her husband, Greg Ewing, 59, left their jobs in Alabama to open it in July 2015. The couple hopes to open a second location, but the ordinance has them worried they might have to fire employees, Mary Ewing said.

Ewing doubts the ordinance would keep teenagers from getting tobacco or vape products.

“It’s like they don’t want businesses here to succeed,” she said, adding, “I think they’re hurting businesses more than they’re helping the kids.”

Amanda is a reporter for WUFT News who can be reached by calling 352-392-6397 or emailing news@wuft.org.
Previous Feb. 6, 2019: Morning News in 90
Next What It’s Like To Skateboard For 24 Consecutive Hours In Florida