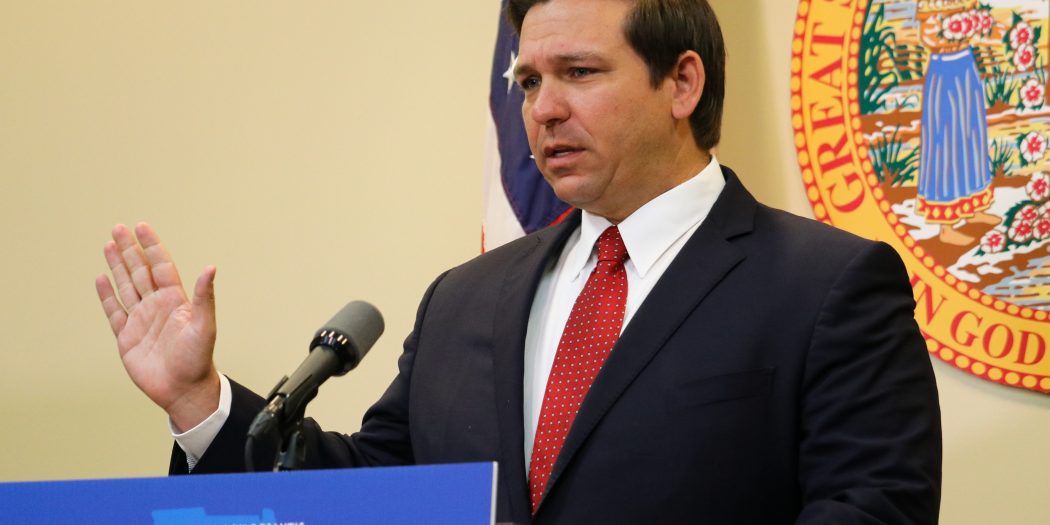 That’s a modest increase of $2.6 billion more than last year’s budget of $88.7 billion. The breakdown includes increased funding for the Everglades, elections and mental health – but kept Medicaid stable. The budget will serve as a guideline to Florida legislators, who will decide the final blueprint during the legislative session beginning on March 5.

“At the end of the day, I think if we keep Florida as a low tax state, if we remain fiscally responsible, but then target our resources to things like environment, education, things that benefit the state as a whole, I think we’re setting ourselves up for success,” DeSantis told press Friday morning.

“To me that didn’t make sense, teaching is as much about the heart as the head,” he said.

“How you scored on the ACT doesn’t determine whether you’re an effective teacher,” Hawkman said.

A day ago DeSantis abolished the nearly decade-old Common Core initiative in K-12 schools in an executive order. Common Core created standards for math and language arts classes in each grade.

In place of it, he asked Commissioner of Education Richard Corcoran to revise the standards in the upcoming year.  Parents and teachers across the state plan to have an active role in the decision, said Linda Kearschner, president of Florida’s Parent Teacher Association.

DeSantis also divvied out $10 million in funding to train more computer science teachers, and added $50 million for school safety funding, but not necessarily for the Coach Aaron Feis Guardian program.

“The Guardian I think is a good idea. But here’s the thing: We have a big, diverse state,” he said. “The threats for school in Dade is different than Hamilton. I want to recognize that.”

The unused funds from last year’s Guardian allocation — around $58 million — will be open to counties who want to apply for the grant now, and those already using it. The other $50 million will be open to other security measures.

“A lot of districts don’t have SRO’s and so they’re scrambling,” Hawkman said. “It’s important for children, parents and teachers, I think, to see a law enforcement official on campus.”

Florida also needs a $300 million property tax cut and sales tax holidays, DeSantis said. Although he previously spoke of cutting business taxes, he said Friday that he expects the increase in revenue to reduce the taxes naturally.

“I don’t think it’s that good state policy, if you want to have tax cuts, we ought to just lower tax rates,” Holcombe said about the proposed policy.

But in spite of Galvano’s stated House priority to reform Medicaid, DeSantis’ budget funds Medicaid based on projections. The $98 million cut to Medicaid retroactivity, a policy that covered applicants before they even applied, will continue, he said.

Medicaid may change, however, depending on future decisions of DeSantis’ newly appointed Agency for Health Care Administration leader, Mary Mayhew.

To combat the opioid crisis, he asked for $84.6 million for prevention and recovery, about half of it coming from federal dollars.

The governor recommended cutting the Agency for State Technology, instead letting the Department of Management Services take over its role.

“At the end of the day, I think people have not been happy with this office,” he said.

DeSantis proposed a $625 million “down payment” for water-related projects, in line with his earlier executive order laying out a four-year commitment to restoring the Everglades and improving water quality.

“I am encouraged to see the governor’s commitment to priorities Democrats have long-embraced, especially the clean-up of our water, and increased funding for public education,” she said in a release.

In response to the Florida recounts, DeSantis asked for a $12.2 million increase for election cyber security enhancements.