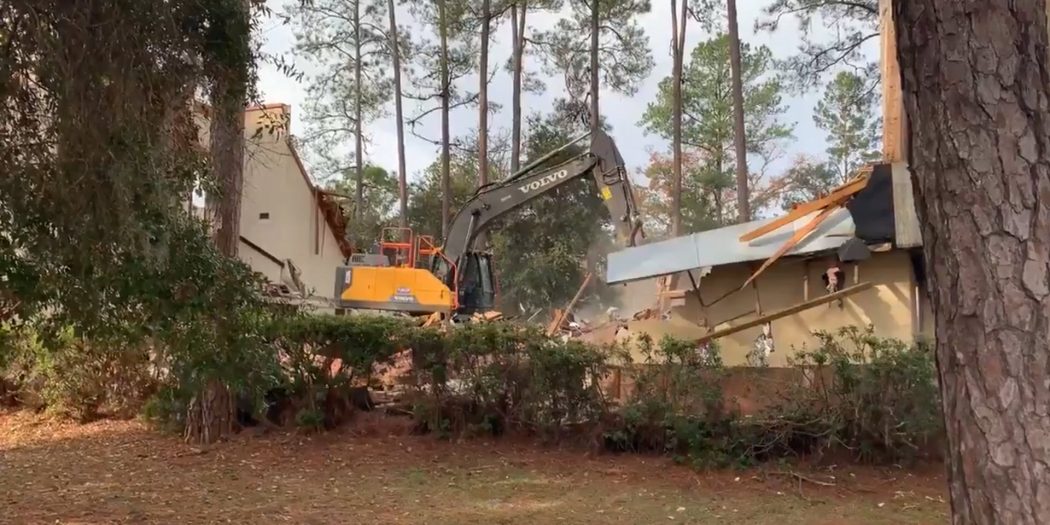 St. Michael’s Episcopal Church Torn Down Ahead Of Meeting That Might Have Preserved It

The building that once housed St. Michael’s Episcopal Church, located at 4315 NW 23rd Avenue in Gainesville, is being torn down.

Deconstruction on the building began Wednesday, within hours of the City of Gainesville issuing a demolition permit.

The move comes after the Episcopal Diocese of Florida, headquartered in Jacksonville, made a last-minute motion to demolish the building amid community backlash and the possibility that the building itself would be marked as a historic landmark. St. Michael’s Episcopal Church was on the agenda for the next meeting of Gainesville’s Historic Preservation Board, which is scheduled for Jan. 2. Marking the building a historic landmark would have secured its preservation for at least one more year.

“It affects everyone,” said Morris Hylton, the president of Modern Gainesville, a local nonprofit aimed at preserving mid-century architecture. “It’s an architectural landmark deserving of preservation.”

The building that once was St. Michael Episcopal Church is today getting torn down. Deconstruction began Wednesday, shortly after a permit was issued. @WUFTNews pic.twitter.com/1qLiCpeC68

Community members had spent months working to prevent the building’s demolition. Eunice Johnson, who lives in an apartment complex near the church, told WUFT she and her neighbors had been working since April to preserve the building.

“It’s Gainesville’s loss, not mine,” she said. “I’ve done what I could to protect it and fight for it.”

She also said she and her neighbors weren’t given the opportunity to try to preserve the building, as demolition began before the city’s preservation meeting.

The Episcopal Diocese said in a statement that the building had fallen into serious disrepair and that it was structurally unsound. Hylton said speeding up the demolition process was a deliberate move by the Diocese.

“This was a preemptive move by the diocese to avoid the landmarking of the church,” he said. “I think it’s sad that an organization that’s based in Jacksonville is making decisions about our community.”

The Diocese’s statement follows in full: 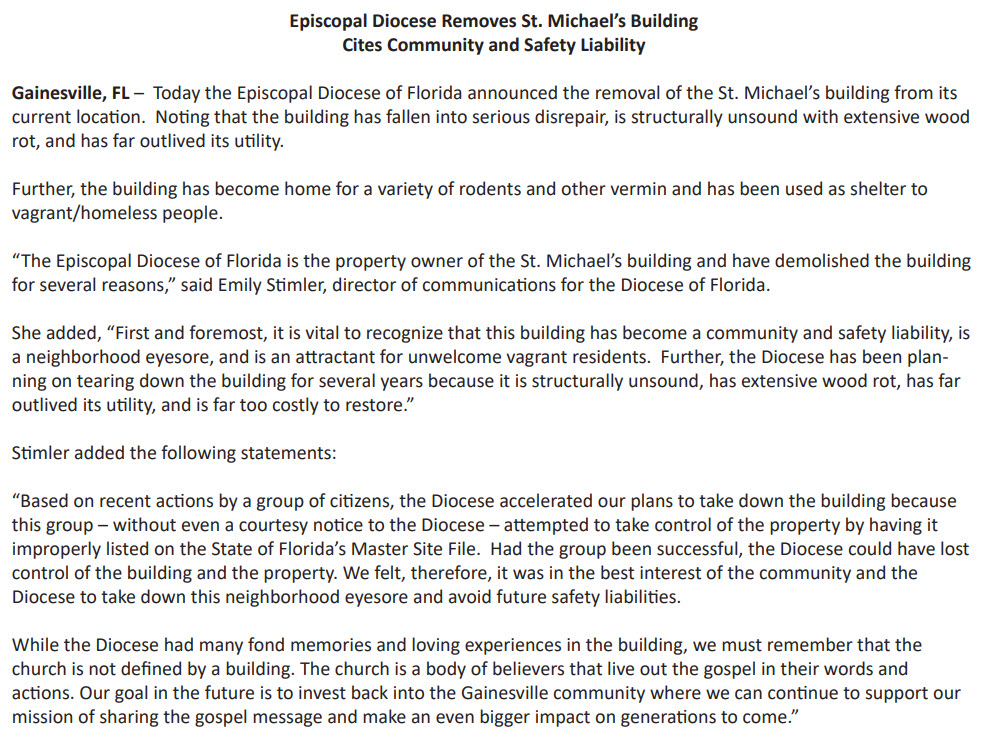 Henry is a reporter for WUFT News who can be reached by calling 352-392-6397 or emailing news@wuft.org.
Previous Lawrence Fowler: A Retired Vet Turned Coaster Connoisseur
Next 2018 Was When Alachua County Began To Reckon With Its Lynching History

Several counties throughout North Florida have turned to speed tests to determine the areas of their region that most lack consistent internet.