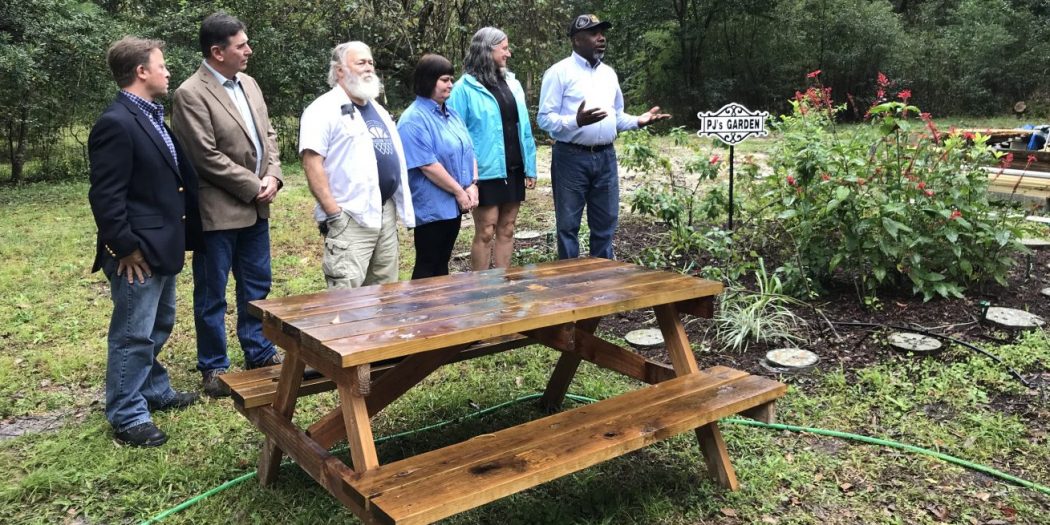 Saturday morning saw a downpour of rain in the town of Micanopy that turned its roads into a slosh of dirt and murky water.

The Willie Mae Stokes Community Center officially opened its doors Dec. 1, and founders of the center believe it will create a number of new opportunities and resources with it. 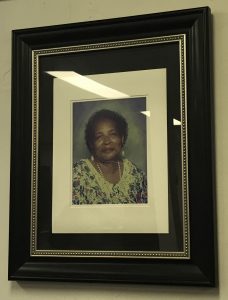 “It’s finally here,” said Chris Stokes, executive director of the community center and pastor of New Beginning Christian Worship Center across the street. “I’m excited at the fact that it’s named after my mom and the hope that she’s looking down and she’s proud. I’m proud thinking she’s proud.”

Stokes’ mother, Willie Mae (pictured at right), was an active member in the church and the community before her death in 2011, taking part in many activities and outreach throughout the town.

“Even though we’ve put a tremendous amount of hours, blood, sweat and tears into this project, I think the work has really just begun,” said Layla Ruffino, the board president for the community center. “When I come in and see all the activities we’re going to be providing and kids having a place to be, I think that’s really when it’s gonna set in.”

And the community center does have plenty of resources they plan to offer. For children, recreational sports teams that are not currently available for elementary and middle schoolers. One corner sits video game consoles and TVs that the kids can play. It’s donned ‘Sean’s Corner’ in remembrance of Stokes’ son, who passed away last year in an ATV accident.  The center wants to introduce a homework help program, along with other activities that will keep kids from wandering the town, which they believe can cause trouble. The facility received a grant from Dell, which gifted them a computer lab and a 3D printer.

“We kind of want to introduce technology through here in partnership with the school,” Stokes said.

For adults, the community center will provide itself as a new resource for resume-building and job searches. Residents can come in and use the Wi-Fi, send faxes or get a document notarized.

Behind the center, a garden named after PJ – one of the church and community members who passed away in November – will be available for gardening and enhancement.

Stokes also says he is looking for ways to implement health care into the center, inviting buses to Micanopy to help those who don’t have health care.

“In six months, it’s going to be really good,” said Mayor Tim Parker. “Next year, it’ll be even better. And as more people take part in it, then I think it will continue to grow.”

In 2017, Stokes held a grand opening for the building, hoping to get it open by the end of the year or early into 2018. However, finances became an issue.

“The work was all being done pay-by-pay, and trying to match the work with the finances to get it done,” Stokes said. “There were times where we were going 50 miles an hour, and we’d come to a screeching halt.”

Stokes says that there were people who didn’t immediately recognize the need for the center, or thought that it would only serve black people.

“The more and more we kept going, the perception started to change,” he said. “People really started to get into it.”

“When the power came on, now people can actually say ‘OK, they’re trying to do something’.”

Now, Stokes hopes to provide for a community that raised him and is in great need of additional resources that can drive the town forward.

“A lot of people have ideas and visions, dreams. The difference is, though, putting it in action and making it happen,” said State Senator Keith Perry. “For him to have not only the vision, but then to go ahead and get it open – it’s pretty amazing.”

“These kinds of things, they seem small in the big scheme of things,” said Sen. Perry. “They seem not that significant. But they are, they’re so important to communities to have these.”

Sky is a multimedia producer for WUFT News who can be reached by emailing slebron30@ufl.edu or calling 352-392-6397.
Previous ‘God Loves Gay People’: Pulse Survivor Lends His Support To Controversial Gainesville Conference
Next Gainesville’s Fraternal Order Of Police Granted Hearing On Unfair Labor Practices