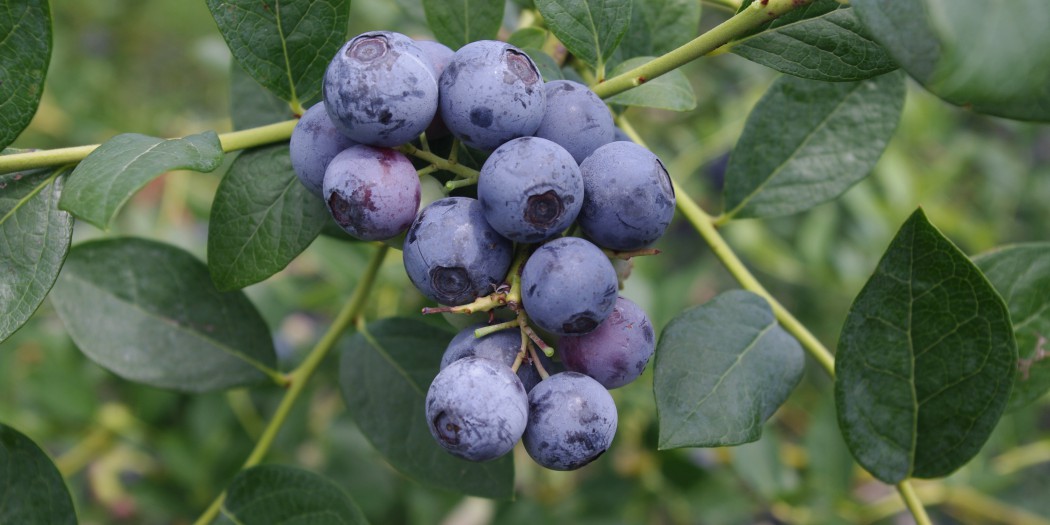 IFAS researchers have been involved in an experiment to uncover ways to create tastier and sturdier blueberries.

Gray skies loom over Southland Berry Plantation, a small blueberry farm near the lakeside town of Earleton, Florida. Fresh moisture clings to the blueberry bushes as a cold breeze blows past the pecan trees overhead. Typical weather for the blueberry offseason.

Rupp’s blueberry season starts in late March and runs through the end of April. He harvests the berries himself, but MBG Marketing, the blueberry grower-owned cooperative that Rupp belongs to, handles the sales. Rupp drops his crop off at MGB’s warehouse, where it is distributed and sold to markets and grocery chains around the world. Rupp has worked with MGB since he started his business in 1991, and he couldn’t be happier about the partnership. MGB pays him every week, year-round, even in the tough times.

Rupp’s farm is a mere 18 acres, which is small compared to industry farms.

Brittany Lee, president of the Florida Blueberry Growers Association, said Rupp is among more than 500 blueberry growers who collectively oversee more than 7,000 acres of crops in Florida.

“In 2017, the economic impact of the Florida blueberry industry was over $200 million for the state,” she said.

And it may have grown higher, if not for several challenges the industry faced in the 2017-18 growing season, Lee said.

Florida blueberry growers struggle with rising labor costs and are working to find a solution that doesn’t damage their bottom line. Lee suggests a more cost-effective worker visa program in the United States as a potential solution. In the interim, Lee has taken steps toward mechanization.

“On our farm, we have drastically gone toward the machine-pick route,” she said. “The industry has worked with the University of Florida IFAS breeding program, and they’ve recently come out with several varieties that are easier to machine harvest.”

The University of Florida Institute of Food and Agricultural Sciences (IFAS) helps growers with more than just creating new breeds of blueberry.

Dr. Phil Harmon, a Blueberry Pathologist for UF IFAS, helped diagnose a bacterial wilt that ravaged farms in South Florida over the past two years. The disease previously invaded the tomato, pepper and tobacco industries.

“There are very few antibiotics that are effective against bacterial diseases of plants,” he said.

In plants, fungal diseases, which are treated by fungicides, are most common. Harmon explained that, in the case of a bacterial disease, prevention tactics are the best strategy.

“What we’ve done is try to prevent it from being introduced into farms, and once it’s introduced, try to reduce the impact by reducing plant stress and spread within the farm,” he said.

“In the first year, we had some pretty good reduction of spread within farms. In the second year, we had severe hurricane-damaged plants that made the plants incur a lot more stress,” Harmon said. “We saw increase in disease severity and losses in 2018.”

Lee said that the industry suffered greatly from the hurricanes’ impact in 2017 and 2018.

“For 2018, we’re estimating that the crop was 30 percent less than what it should have been because of issues with Irma, pollination and some of the pest infestations,” she said. “We produced about 20 million pounds (of blueberries), and we should have produced more.”

Rupp was among those impacted by Hurricane Irma. He estimated his farm yielded 20,000 pounds of blueberries that year, down from the 30,000 pounds it has the ability to produce. But he said it’s just part of being a blueberry farmer.

“The hurricanes and all, that’s just weather,” he said. “You can’t do anything about that — you just live with it and do the best you can.”

Instead, he contends that competition from places like Mexico pose the greatest threat to Florida’s blueberry industry.

“Mexico earned the market,” he said. “It took them 20 years to get a product they could ship in that early a window.”

Mexico’s entry into the market has shortened the window when it’s profitable for Florida blueberry growers to sell and Florida growers can’t compete with Mexico’s low prices.

Rupp extends his season by having a “U-pick season” from May into June.

“We give them a one-gallon bucket to go pick their berries in, and they bring them back and weigh them. They pay the $3.50 per pound, and they take the berries home,” he said. “My wife likes to do the U-pick; she’s done it every year since we’ve been here.”

Rupp has enjoyed nearly three decades of blueberry farming. But he didn’t move to Earleton for blueberries. His reason: Lake Santa Fe.

Florida’s climate hit a new record in 2022. According to NOAA, last year marked the …