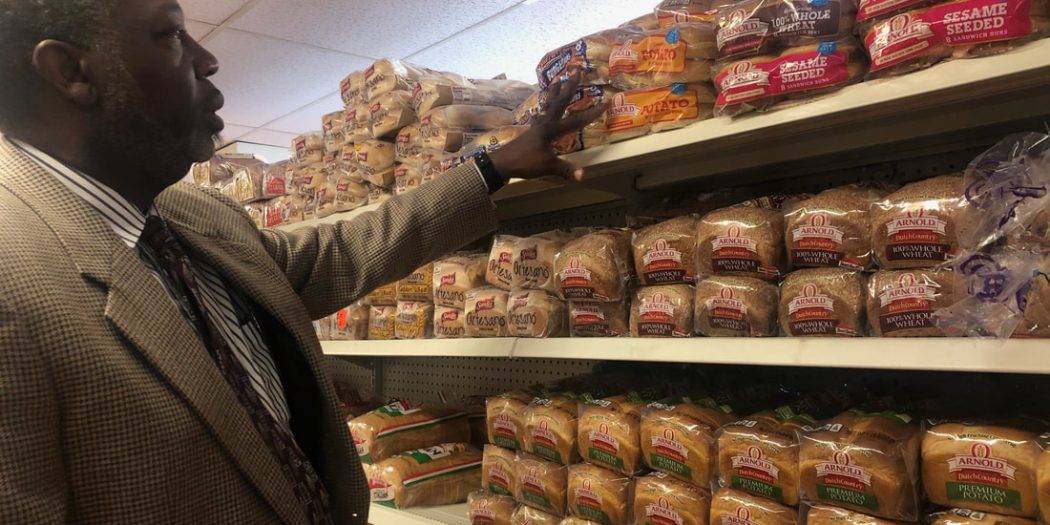 Twice a week, Buck Rollins fills up a shopping cart at Bread of the Mighty Food Bank with breads, produce, meats and desserts — feeding about 1,400 families weekly.

“It’s really rewarding to help families. We’re very blessed to live in a country where there’s so much abundance,” said the pastor of Bethel Christian Church in Gainesville. “But, even in the midst of that, there’s still people who lack and need.”

During the holiday season, the church tries to feed as many people as donations and budget allow. To do so, it depends on Bread of the Mighty.

“They make it very convenient. I don’t have to travel very far,” Rollins said. “It’s very economical for us, as a church ministry, and it makes it convenient to get it out to the families.”

During the past fiscal year, the food bank gave out about 8 million pounds of provisions to those in need, said Marcia Conwell, its president and CEO. In 2016, it received $7,519,650 in revenue from contributions, grants, program services, investments and other revenue; and its expenses totaled $7,437,855, according to its IRS Form 990.

Bread of the Mighty plans to donate food fare to two big organizations in Gainesville this holiday season. So far, the food bank has provided about 1,600 turkeys and about 2,000 side items collectively to Strike Out Hunger and Trinity United Methodist Church.

The food bank will also help feed around 40 additional people who didn’t meet the deadline to sign up for a Thanksgiving meal from the bigger organizations.

Around Christmas, Bread of the Mighty is the only charitable food entity that remains open while other places close for multiple days, Conwell added. She added that it is also the only place in town that puts together Christmas baskets for those in need.

Although the community’s food needs increase around the holidays, Conwell said, Bread of the Mighty is provides sustenance year around. In the Gainesville area, 1 in 4 children and 1 in 5 seniors go to bed hungry.

“A lot of people want to help during Thanksgiving, but we feed people every day of every calendar day of the year,” she said. “For us, this is just another day to try to meet the needs of the community.”

Marcus White can attest. Every Tuesday and Thursday, the Gainesville High School assistant football coach heads to Bread of the Mighty and packs a cart full of nutriments such as protein bars, cereal, bread, peanut butter — which goes home with his football players after practice.

“Some of our kids don’t get the nutrition that they need at home, so we come and pack food for the guys,” White said. “They’re at practice burning 3,000 to 4,000 calories.”

Funded by Bread of the Mighty’s Feeding Kids Program, about 50 of the high school’s athletes receive this sustenance about twice a week.

Sometimes, White helps the parents out, too, by getting things like toilet paper and coffee.

Kacey is a reporter for WUFT News who can be reached by calling 352-392-6397 or emailing news@wuft.org.
Previous 2018 Transgender Day of Remembrance Held In Gainesville
Next Reporter’s Notebook: Inside The Broward Supervisor Of Election’s Recount