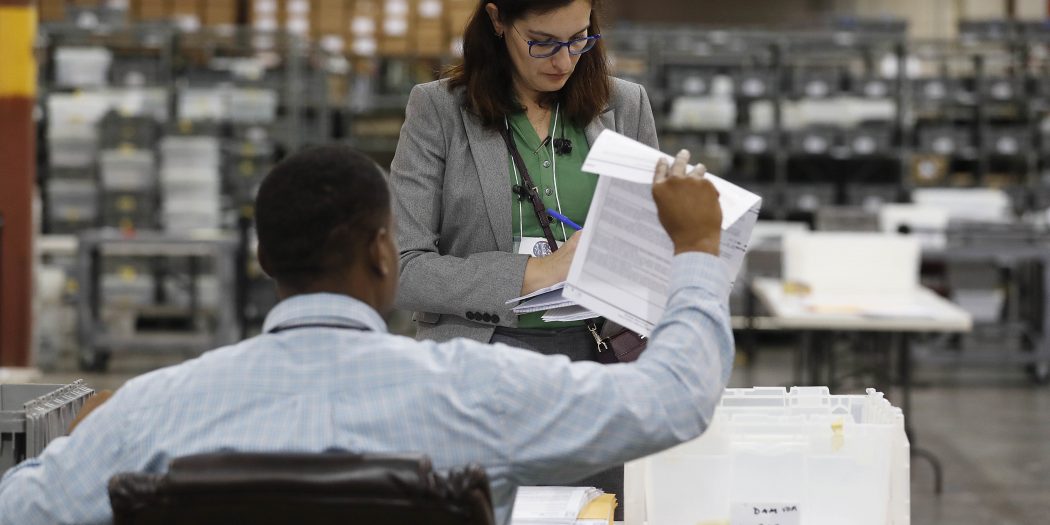 Saying he refuses to “fashion a remedy in the dark,” a federal judge Thursday turned down a request by U.S. Sen. Bill Nelson’s campaign and the Democratic Senatorial Campaign Committee to extend recount deadlines in last week’s elections.

The ruling by U.S. District Judge Mark Walker came shortly before a 3 p.m. deadline for counties to report machine-recount totals in the race between Nelson and Gov. Rick Scott for a U.S. Senate seat. Also, recounts have been conducted in contests for governor, agriculture commissioner and three state legislative seats.

Walker, who held a telephone hearing on the issue Thursday morning, focused on Palm Beach County, which was unable to meet the Thursday deadline because of antiquated equipment. The judge wrote that the recount deadline “arbitrarily and disparately treats some voters differently because of their location and without taking into account the unpredictable circumstances of each election cycle.”

But he said he would not issue a preliminary injunction sought by Nelson’s campaign and the Democratic Senatorial Campaign Committee because they could not detail how long it might take Palm Beach County to finish recounting ballots.

Walker wrote that “there is a complete dearth of evidence before this court concerning the status, progress, or expected completion of the ordered recounts in Palm Beach County.”

“In considering whether to grant the extraordinary relief of a preliminary injunction, the court is required to balance the equities,” he wrote. “This balancing is effectively impossible without an understanding of the state and limitations of the current ongoing process. This court must be able to craft a remedy with knowledge that it will not prove futile. It cannot do so on this record. This court does not and will not fashion a remedy in the dark.”

The ruling could resolve questions about whether the recount process will move forward and whether official election results will be certified Tuesday as scheduled.

Under Florida law, elections results that aren’t updated in time for recount deadlines default to the last numbers submitted to the state. Numbers from the Thursday afternoon deadline for machine recounts determine whether further manual recounts are needed. The deadline for completing manual recounts is noon Sunday.

Democratic lawyers Thursday morning asked Walker to extend the deadlines, arguing that voters in Palm Beach County — and possibly others — will be unconstitutionally subjected to different standards than other voters, based on where they live.

But during the hearing, lawyer Uzoma Nkownta was unable to say how long Palm Beach County Supervisor of Elections Susan Bucher would need to finalize the recounts, frustrating the judge, who is handling six other election-related cases.

“I try to be practical. I try to understand that this is an election. It seems like everybody’s working on overtime to diminish our faith in our institutions. My order would just say do it until you get it done and let us know?” Walker asked.

Later, Walker scolded, “You literally have blindfolded me, shoved me in a room, turned all the lights out and said, judge, you’re supposed to fashion a remedy that impacts an issue as weighty” as who Florida’s next U.S. senator and governor will be.

Nkwonta said even an extra two days would help.

If the judge is “unable to fashion relief that the court is certain will alleviate all the harm imposed,” he can still “ensure that enough votes get counted or additional votes get counted,” Nkownta said.

“The answer is not zero,” he said.

The deadlines are there for a reason, they said. For example, Florida’s Constitution requires that the new Legislature be sworn in on Tuesday. U.S. senators are sworn in on Jan. 3, and the new governor will take office on Jan. 8.

“That statutory deadline seems to work for 66 of the 67 counties,” he said. “We believe it’s good enough.”

Walker’s ruling later in the day said state laws only allow extensions in cases of emergency — and that machine problems are not considered in the definition of an emergency. While he ruled against the Democrats, he appeared sympathetic to the arguments about voters being unconstitutionally subjected to different standards.

“The state’s recount provision will lead to votes and election results in one county being ‘ignored’ while other counties’ vote and results will not be,” Walker wrote. “This disparate treatment arguably runs afoul of the Equal Protection Clause because it is an arbitrary distinction based on a voter’s location.”

But during the earlier hearing, he also chided Palm Beach County for failing to have “adequate systems” to run elections.

“It is inconceivable to me that we just had a presidential election with one of the highest voter turnouts in the state in 2016. Florida has had razor-thin elections over and over and over again, so we don’t locally allocate the funds to provide adequate equipment to do this,” he said.

The dispute about extending deadlines is one of a series in legal battles stemming from the Nov. 6 elections. Before starting the hearing Thursday morning, Walker issued a ruling in another case, giving voters until 5 p.m. Saturday to fix ballots that were rejected because of mismatched signatures. Scott’s campaign immediately appealed that ruling to the 11th U.S. Circuit Court of Appeals.

Scott led Nelson by about 56,000 votes on election night, but the lead dwindled to less than 13,000 votes as ballots continued to be counted. That narrow margin triggered an automatic recount.

Once the machine recount results are in, the Scott-Nelson race and the contest for state agriculture commissioner between Democrat Nikki Fried and Republican Matt Caldwell will almost certainly fall within a margin of 0.25 percent or less. That would require manual recounts, with final results slated to be certified by the state Elections Canvassing Commission on Tuesday.

The News Service of Florida is a wire service to which WUFT News subscribes.
Previous Federal Judge: Florida Is ‘Laughing-Stock Of The World’ Due To Repeated Election Issues
Next Afternoon News in 90: Nov. 15, 2018