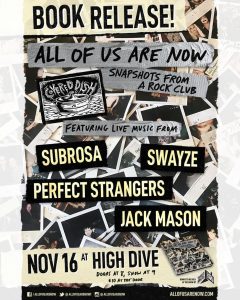 WUFT Morning Edition host, Glenn Richards, spoke with Bill Bryson and the members of Subrosa about Bryson’s new book, All Of Us Are Now – Snapshots From A Rock Club. The book release will be celebrated Friday, November 16 at High Dive in downtown Gainesville with Swayze, Perfect Strangers, Jack Mason, and Subrosa, reuniting for the first time in nearly 20 years.

Bill Bryson has been a fixture in Gainesville since moving there in 1992 and his impact can be seen in his many past and present entrepreneurial ventures including: Satellite Magazine, Sweetwater Organic Coffee Company, Crane Ramen, the Cypress Sessions TV show, The Conch: Gainesville’s True Storytelling Project, and renovating the old Florida Theater on University Ave. His latest project takes a look back at one of his first: the fabled Gainesville nightspot, The Covered Dish.

All Of Us Are Now – Snapshots From A Rock Club is a coffee table photo-book featuring random, candid Polaroids taken by staff, patrons, and artists … of staff, patrons, and artists at The Covered Dish from 1992 to 2000. The intimate images capture moments that while specific to the club and Gainesville at the time, also represent a universal youth experience happening across the country.

Subrosa (1996-2001) featured guitarist/singer Travis Tooke and drummer Jack Griego, who were half of the Gainesville band, For Squirrels. That band lost its singer (Jack Vigliatura), bassist (Bill White), and road manager (Tim Bender) in a tragic van accident a month before the release of their 1995 major label debut album, Example.

The duo regrouped and recruited bassist Andy Lord to tour and by 1997 they had changed their name to Subrosa and recorded a new album, Never Bet the Devil Your Head. They also added Mike Amish to play guitar and keyboards.

Griego has retired from performing, but Tooke is working on a new release with his current band, Helixglow. Lord and Amish can often be seen working as roadies for the greatest animal band the world has ever seen, Bears and Lions.

All Of Us Are Now – Snapshots From A Rock Club is available in Gainesville at Third House Books and Lightnin’ Salvage or nationally online at AllOfUsAreNow.com and Amazon.com.

More information about the All Of Us Are Now book release show can be found at HighDiveGainesville.com. 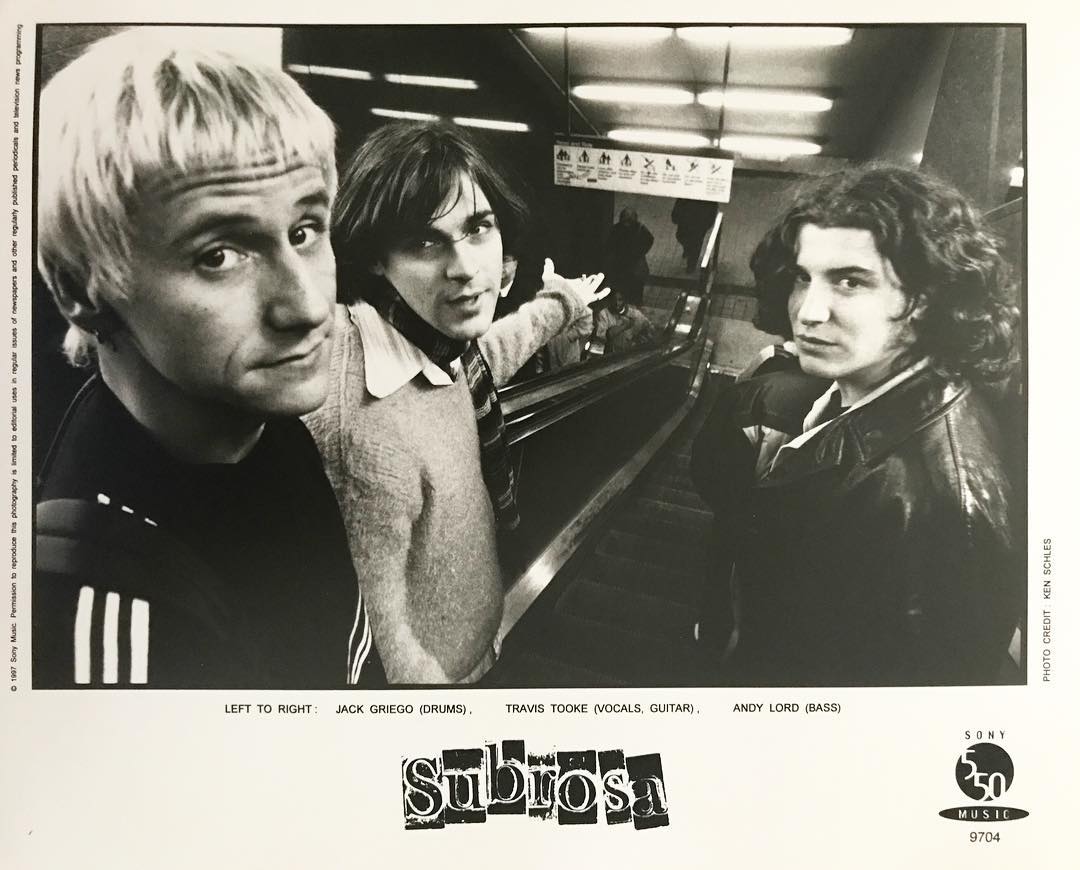 Glenn Richards is Operations Coordinator and local host for Morning Edition on WUFT-FM. His background includes 30+ years of radio in South Florida as an air personality, promotion director, and morning show producer (WSHE, WZTA, & WFLC). His previous education includes a Bachelor of Science in Communication from the University of Miami where he was also general manager of WVUM-FM. Upon his arrival in Gainesville in 2006 to pursue a telecommunication master’s degree at the University of Florida College of Journalism and Communications, he worked as an air personality at WRUF-FM (both Rock104 and Country 103.7 The Gator). One of Glenn’s passions is local music. Since 1990, he has produced and hosted local music programs in both South Florida and Gainesville, playing demos and independent releases from unsigned artists, many of whom went on to national prominence including: Marilyn Manson, Sister Hazel, For Squirrels, Matchbox 20, Saigon Kick, Mary Karlzen, Nil Lara, Hundred Waters, and more.
Previous Nov. 14, 2018: Afternoon News in 90
Next Florida Influencers Shine Light On Priority Issues