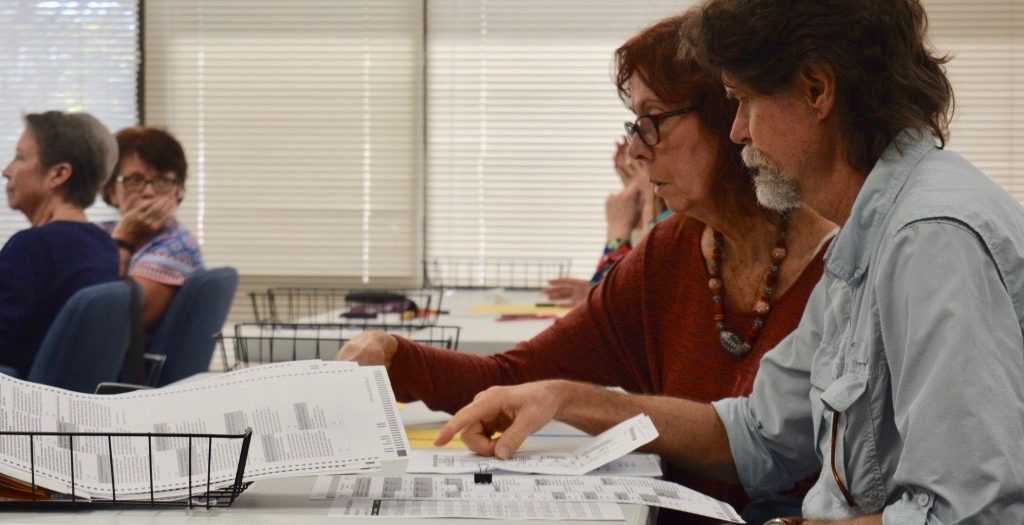 Volunteers on Friday, Nov. 9 double-check duplicate ballots, which become necessary when one doesn’t bubble correctly, or because of spilled drink or white out on the ballot. (Christina Morales/WUFT News)

Hundreds Of Overcounts, Thousands Of Undercounts In Alachua and Marion Counties

The machine recounts were ordered over the weekend in the Florida races for governor, senate and agriculture commissioner when the initial vote totals for those races came in with half a percentage point of the top two candidates.

These numbers, and the rest of the machine recounts from Florida’s 67 counties, have to be turned in to Secretary of State Ken Detzner by 3 p.m. on Thursday. After looking at the numbers in the three races in question, any that are then within .25 percent of the top two vote getters will have a manual recount involving the overvote ballots.