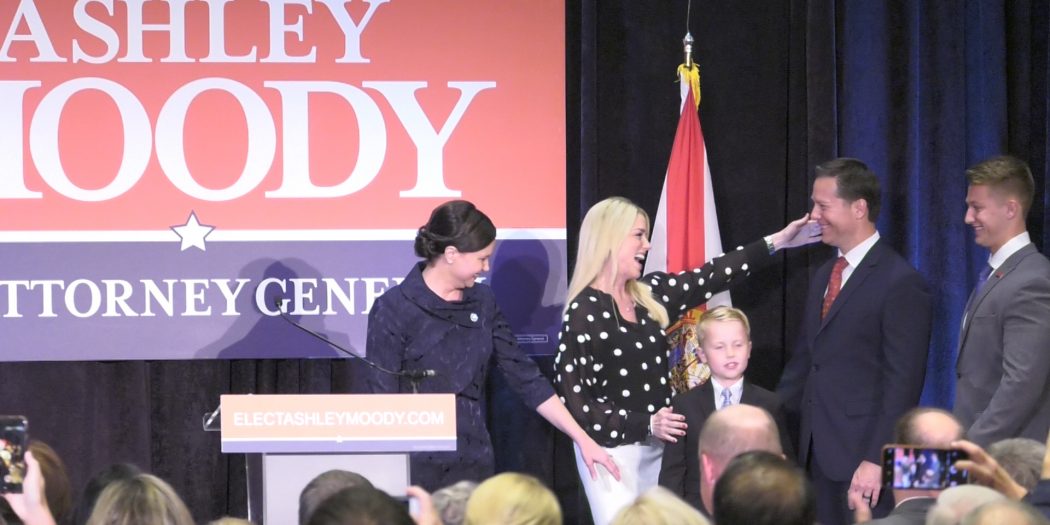 Moody defeated Democrat Sean Shaw with more than 52 percent of the votes. She takes the open seat left by term-limited Pam Bondi.

The Florida attorney general is one of three Cabinet posts decided today, along with agriculture commissioner and chief financial officer.

”I will work hard every day to deserve this great honor, to protect Floridians and demonstrate an unwavering commitment to what sets us apart from others. That’s our belief in and adherence to justice,” Moody said.

The attorney general’s seat has been held by Republicans since 2002. The duties include defending state agencies, issuing legal opinions, fighting Medicaid fraud and overseeing the office of statewide prosecution.

Ashley Moody, 43, is a former prosecutor, former circuit judge, and mother of two.

A University of Florida graduate, Moody was the chair of various organizations, honor court defense counsel, and a UF Hall of Fame inductee.

She was also president of Florida Blue Key, a political honorary society that prepped the political careers of people like Lawton Chiles, Bob Graham, and Bill Nelson.

Sean Shaw is the son of Leander Shaw, the first black chief justice of the Florida Supreme Court.