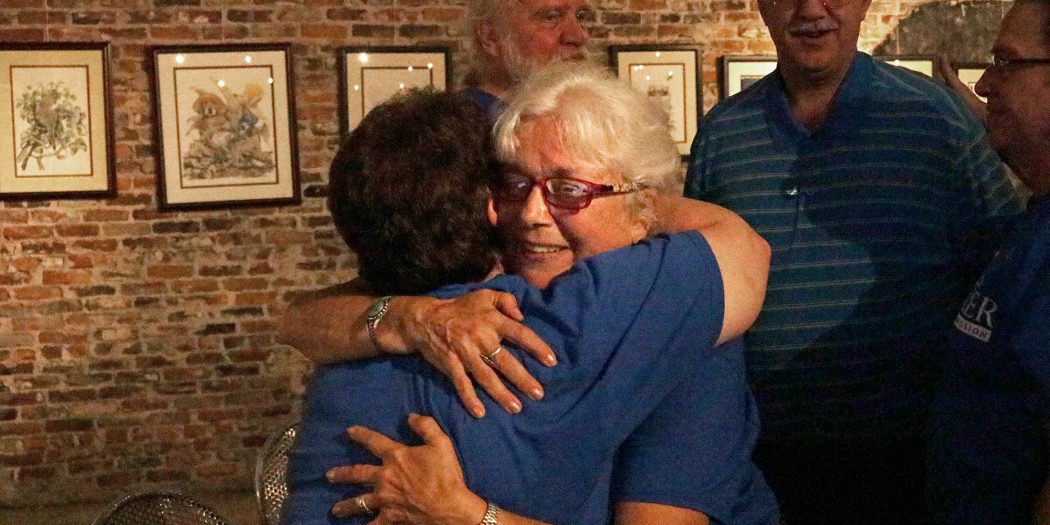 Wheeler romped to victory over Scott Costello in the county’s second district in northwest Gainesville, making her the only woman on the 5-member board. With nearly all precincts reporting, Wheeler had received nearly two-thirds of all votes.

“We need to make sure that we get as many voices into that board room as possible,” Wheeler said, after her victory. “Not only women but young people — the ones who are in the workforce.”

This was Wheeler’s fourth run for public office and her first successful one. She lost in a bid for Florida’s House of Representatives in 2012 and 2016 and for the U.S. House in 2014.

Wheeler’s path to the Tuesday general election heated up in August with her primary victory. She defeated Randy Wells by about 5,500 votes.

She is not a career politician. She was a teacher for 38 years until she retired and undertook this race.

Wheeler told WUFT News last month that the skills she gained as an educator would help fix the academic and economic inequalities she sees in Alachua County.

Wheeler also campaigned to protect the county’s natural resources and gained the endorsement of the Sierra Club. She’s been an education coordinator for Florida Wildlife Care since 2013 and has concerns about commercial and residential developments in the county that have experienced increased flooding.

James Thompson, the vice-chair of the Alachua County Democratic Party, said Tuesday night that Wheeler’s victory is a huge step in protecting the county’s natural resources.

During the campaign, Wheeler said: “My grandmother had a saying. She said: ‘A drought will scare you to death, but a flood will starve you to death.’ I just think that we have to be ever mindful of the fact that we are in a very fragile environment here.”

Wheeler also made earning power an issue. She cited her son, who is also a teacher in Alachua County.

“In terms of the folks who are living below the poverty line, including my own son at this point,” she said, “we are going to have to make sure that we have a community that’s set up to meet the needs with affordable housing, with transportation that will get them to jobs.”

The highlight of the campaign for Wheeler: The end.

“We realized we were coming to an ending point,” she said, “but also a beginning point.”

Elijah is a reporter for WUFT News who can be reached by calling 352-392-6397 or emailing news@wuft.org.
Previous Gainesville Voters Voice Opinion On Constitutional Amendments
Next Keith Perry Holds On In Tight Race For District 8