A Victim, A Supporter And An Opponent Offer Differing Opinions On Florida’s Amendment 6

Dianna Hoyt has experienced the unimaginable: Her 18-year-old stepdaughter, Christa Hoyt, was one of five University of Florida students brutally murdered by a serial killer in 1990.

When informing Hoyt of the crime, authorities didn’t share important details regarding her stepdaughter’s case, including the circumstances surrounding Christa’s death.

Hoyt first found out about how the killer, Danny Rolling, inhumanely bound, raped and mutilated Christa through the media.

“None of this we were told. None of this — just that she died,” Hoyt said. “The next day, we get the newspaper and in it was some of the details of her being beheaded and that her breasts had been cut off and she had been raped.

There were many other details surrounding Christa’s death that if not for the media asking for her comment, Hoyt said, she would not have known.

Hoyt is now a victim’s rights advocate and supports Florida’s Amendment 6, which includes Marsy’s Law. Voters will approve or reject it during Tuesday’s election.

“With Marsy’s Law,” Hoyt said, “it gives us the right to be heard and the right to be notified of any court proceedings or anything else concerning this person that’s committed this crime.”

Marsy’s Law is named after Marsalee (Marsy) Nicholas, a University of California Santa Barbara student who in 1983 was stalked and killed by her ex-boyfriend. A week after the murder, Marsy’s mother ran into the ex-boyfriend at a grocery store — not having been informed that her daughter’s accused murderer was out on bail. Advocates of Marsy’s Law seek to amend states’ constitutions that do not provide equal rights for victims of crime.

However, not everyone agrees that Amendment 6 is needed. Melba Pearson, deputy director of American Civil Liberties Union (ACLU) of Florida, for example, doesn’t see the benefits of voting the amendment into law.

“It doesn’t offer anything in terms of additional protections of victims that are not already present in Florida’s law,” Pearson said. “It doesn’t provide any assistance for victims to be able to move past the trauma that occurred to them.”

What it does do, Pearson said, is infringe upon the rights of the accused; it hampers defense attorneys’ ability to investigate their clients’ cases and a prosecutor’s ability to solve cases.

“It’s going to create a mess for our justice system,” Pearson said, “no matter how well intentioned the amendment may have been.”

“We do not have wording within our Florida constitution that is at least equal to providing rights for victims and family members who are survivors of homicide victims,” Darnell said, adding that criminals and offenders have more rights. 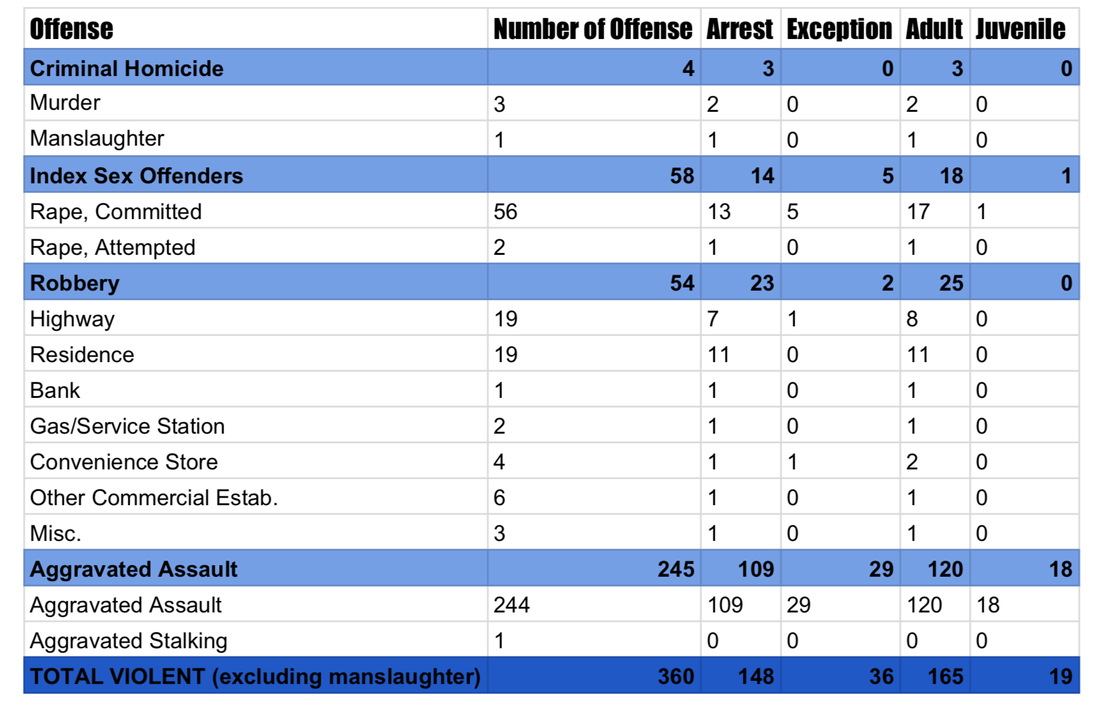 The five families of UF students killed in 1990 weren’t allowed to give victim-impact statements during Rolling’s trials, Hoyt said.

“I think that just by being able to make a statement at the court to the jury or to the judge, being able to tell how this has impacted us, how this has destroyed our lives, how much we loved our loved one that he brutally murdered,” Hoyt said, “would have helped us a lot.”

Many questions surrounding the five UF students’ murders went unanswered for years, Hoyt said. It wasn’t until the day after Christa’s murder that she was informed that her stepdaughter was dead. The families weren’t even notified when Rolling’s was apprehended in 1991.

Marsy’s Law would change that.

“Amendment 6 is the fix we need for our justice system,” Sheriff Darnell agreed.

“We’ve recognized — and I think we still need to have a great growth in the area of recognizing — that the people who are most harmed, specifically the crime victim and those who are survivors of a murder victim, need to be included,” she said.

“They’re the ones who are most harmed and they are the ones most affected. They will likely be affected, not only for their lifetime, but generationally.”

Darnell said she knows that some people are concerned about the cost associated with enforcement of the amendment but thinks that argument is a lame one.

“I think that is the price that our justice system should pay,” she said. “We’re doing it for the offenders and we should certainly do it at an equal level — not more or not less, but an equal level — for victims and survivors.”

In the first six months of this year, Alachua County has reported a total of 360 violent crimes committed, excluding manslaughter. For fair and equal justice for all parties, Darnell thinks those in law enforcement and the justice system have an obligation to represent victims in an equal and responsible way.

“There is a need, there is value and there is an obligation for us who are representing good government to be able to lookout for, at least at an equal level, the rights of victims and survivors of homicide victims,” she said.

Still, ACLU’s Pearson said that the amendment will only act to clog up the justice system, lead to more miscarriages of justice and tie up litigation for years.

In addition, Pearson said, the “vague wording” of the amendment would equate corporations to human victims, leading to more injustices as a result of money and power.

But most importantly, she added, the amendment doesn’t provide what victims really need, such as funding for therapy to deal with the trauma of being victimized and relocation after testifying in a dangerous case.

“From top to bottom,” Pearson said, “that amendment is a mess.”

Kacey is a reporter for WUFT News who can be reached by calling 352-392-6397 or emailing news@wuft.org.
Previous Silenced: 1.5 Million Florida Felons Without A Vote
Next The Mexican-American Millennial: Angel Padilla’s Heritage Defines His Politics