As soon as you see the first “Welcome to Bay County” sign, traffic starts backing up. Downed power lines, stop lights, trees and transformers litter the streets. Lines of cars file slowly back into the city with supplies for friends and family. Many residents are returning for the first time to see what is left of their homes.

Hurricane Michael made landfall as the third most intense Atlantic hurricane to impact the United States and the second most powerful storm to ever strike the Panhandle. Michael reached a record breaking minimum central pressure of 919 millibars with sustained winds of 155 mph, according to the National Weather Service. Tyndal Air Force base in Panama City recorded wind speeds up to 129 mph with a pressure of 922 mb according to the National Weather Service in Tallahassee.

Panama City, a small city of about 37,000 people that sits a few miles east of Panama City Beach on St. Andrews Bay, was decimated by the monster storm. The eye wall of Hurricane Michael encompassed the city as it slammed into the coast October 10 destroying homes, businesses and lives.

What remains is barely recognizable.

Finding a certain home or neighborhood can be difficult for even life-long residents.  Houses hide behind piles of trees. Missing street signs leave neighbors disoriented and confused. 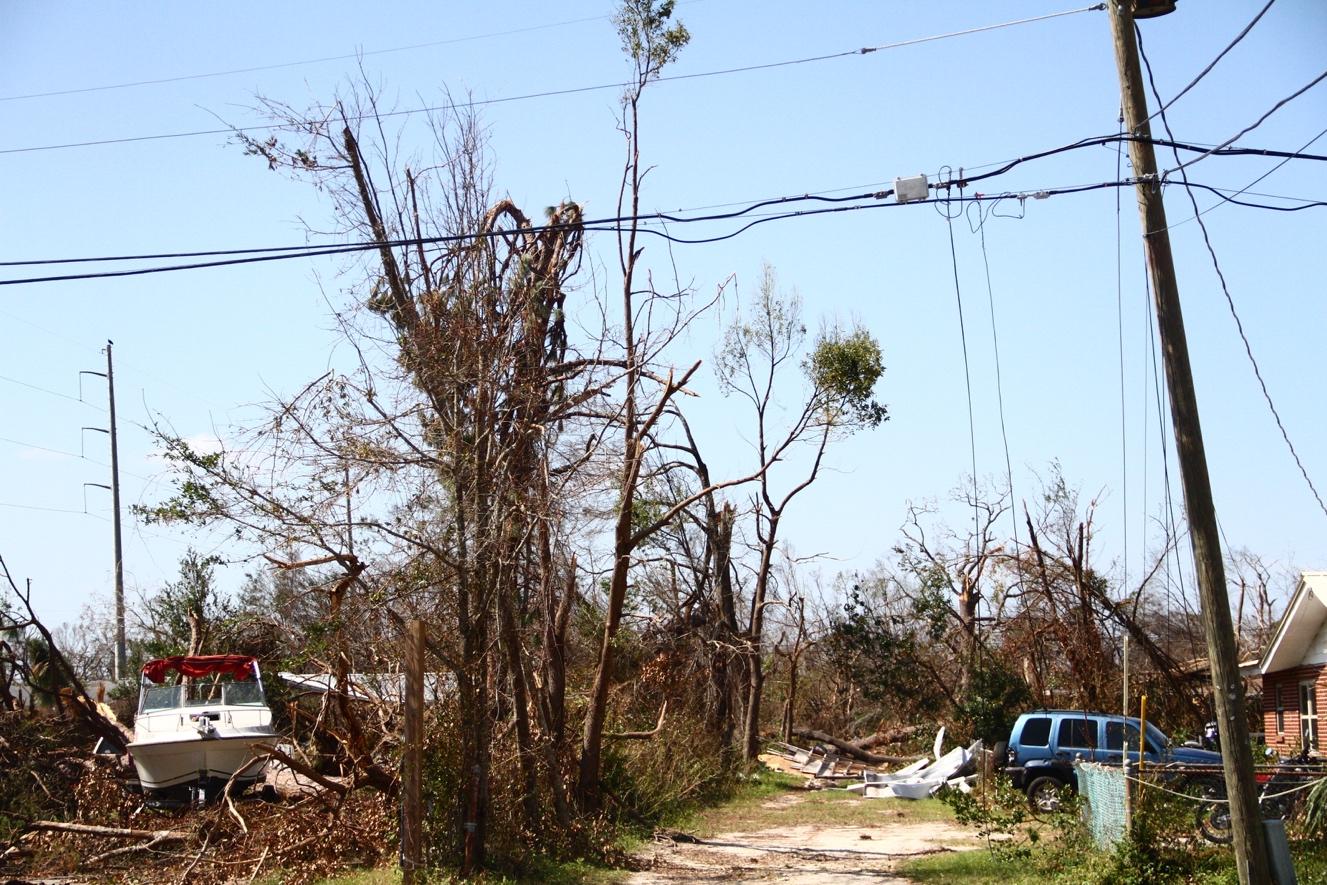 Panama City neighborhoods like the ones surrounding the Tyndall Air Force Base and Mexico City Beach area are suffering. Residents plead for help from FEMA, insurance companies and their local government officials, while cleaning up the remains of their homes. They know the rebuilding process will be an arduous trial of strength, one that will test them physically and emotionally. 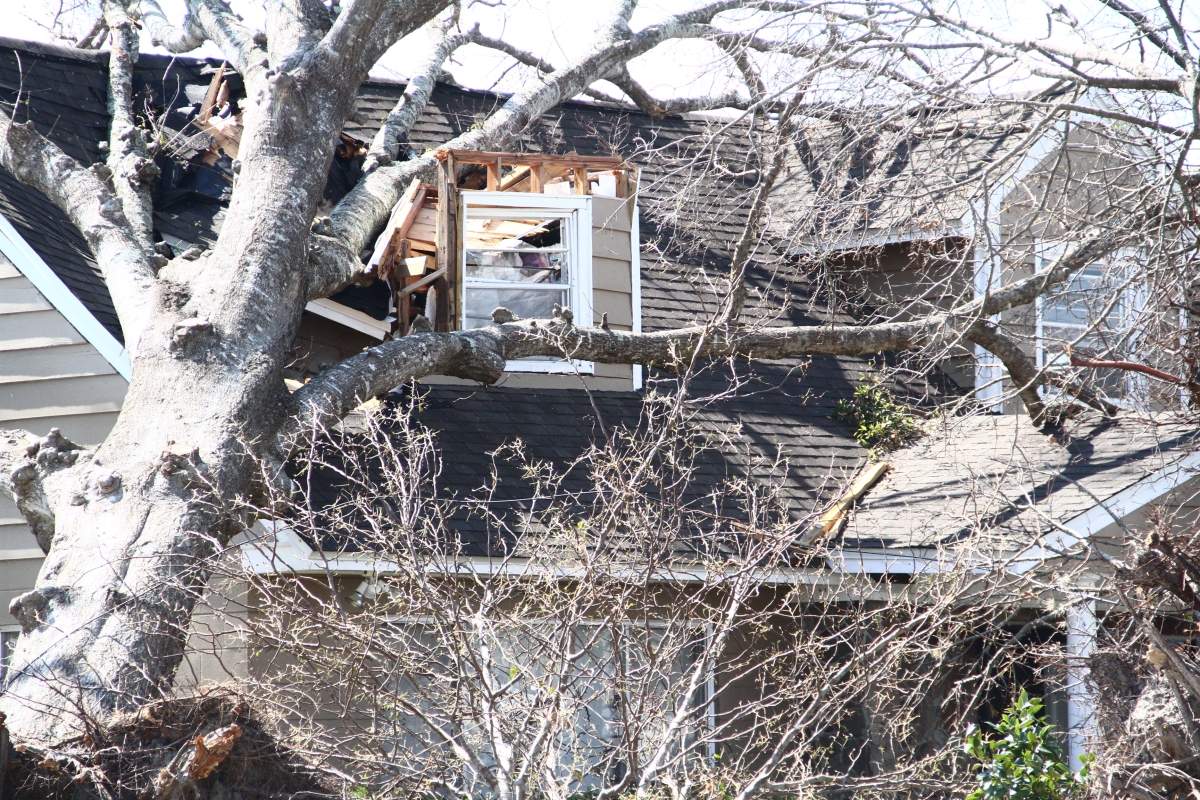 In Parker, a neighborhood 10 minutes from the base, families work to pull 100-year-old trees from rooftops and share supplies such as clean water. Vanessa Hearndon, 18, lives in Parker with her parents on 9th Street. She sleeps under a canopy in her front yard. Her parents have set up a make shift pallet for sleeping in the back of their van. Hearndon said her family just recently started renting their home — it was a step up for them— and they were working on renovating the house before Michael hit. 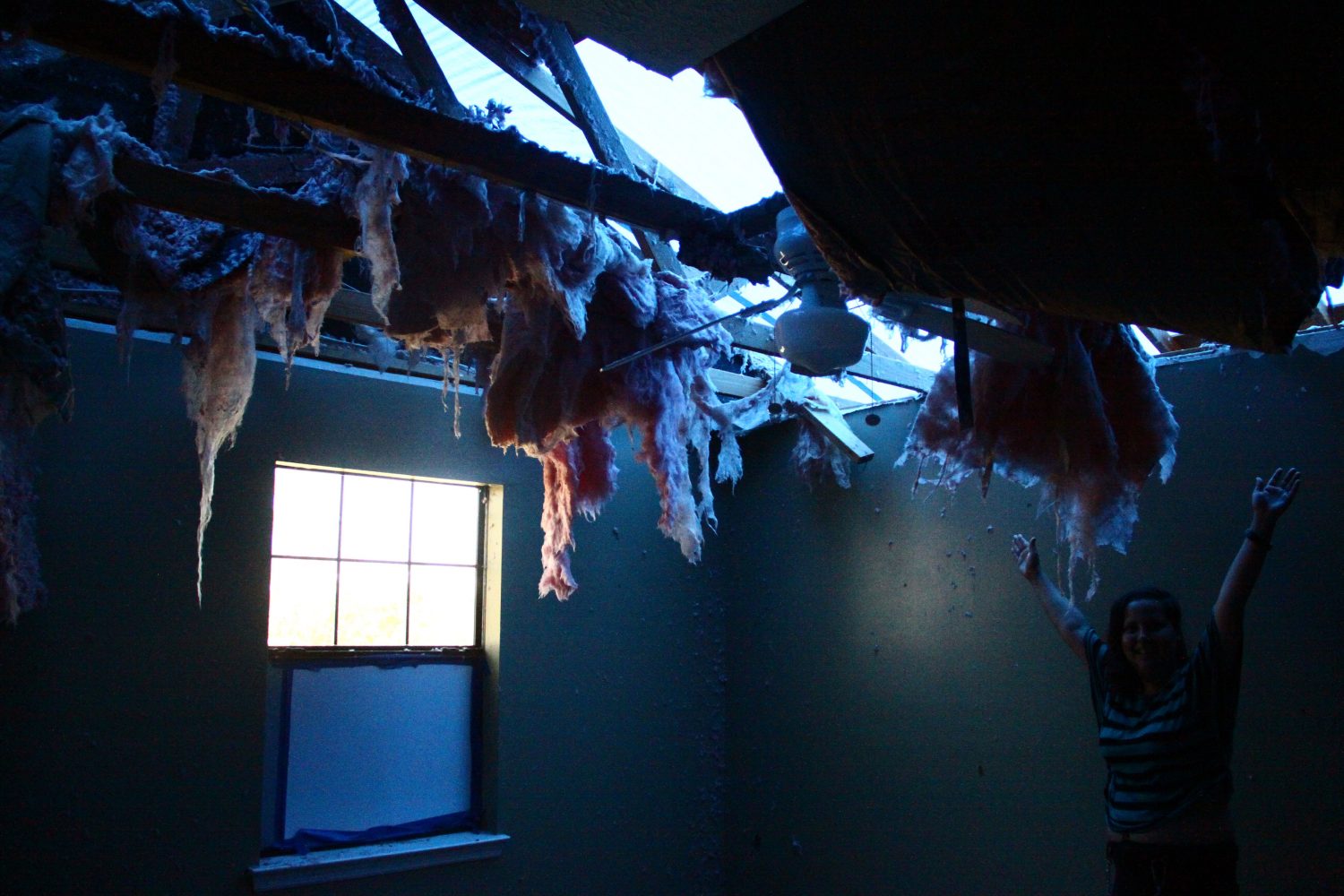 Neither Vanessa’s nor her parent’s bedrooms are livable after a fallen tree collapsed the roof. 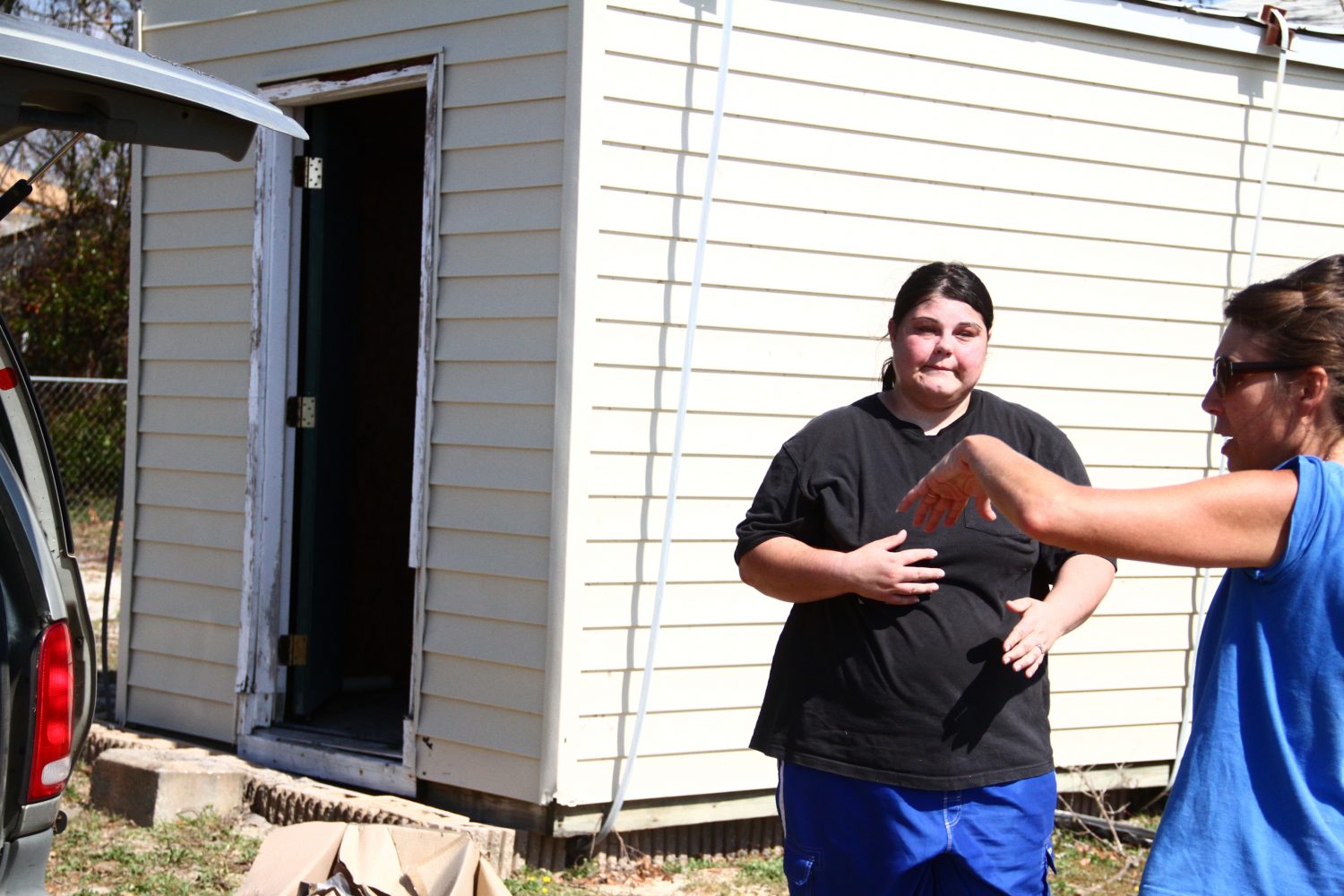 Neighbor Kim Hill, right, checks in on Faith Smith. Faith has never been through hurricane. Michael was her first, after moving to Panama City from the North. The Category 4 cyclone destroyed the local grocery store she works at, and without a job or a home, she may have to move. She said the storm and the weeks that followed have been terrifying. 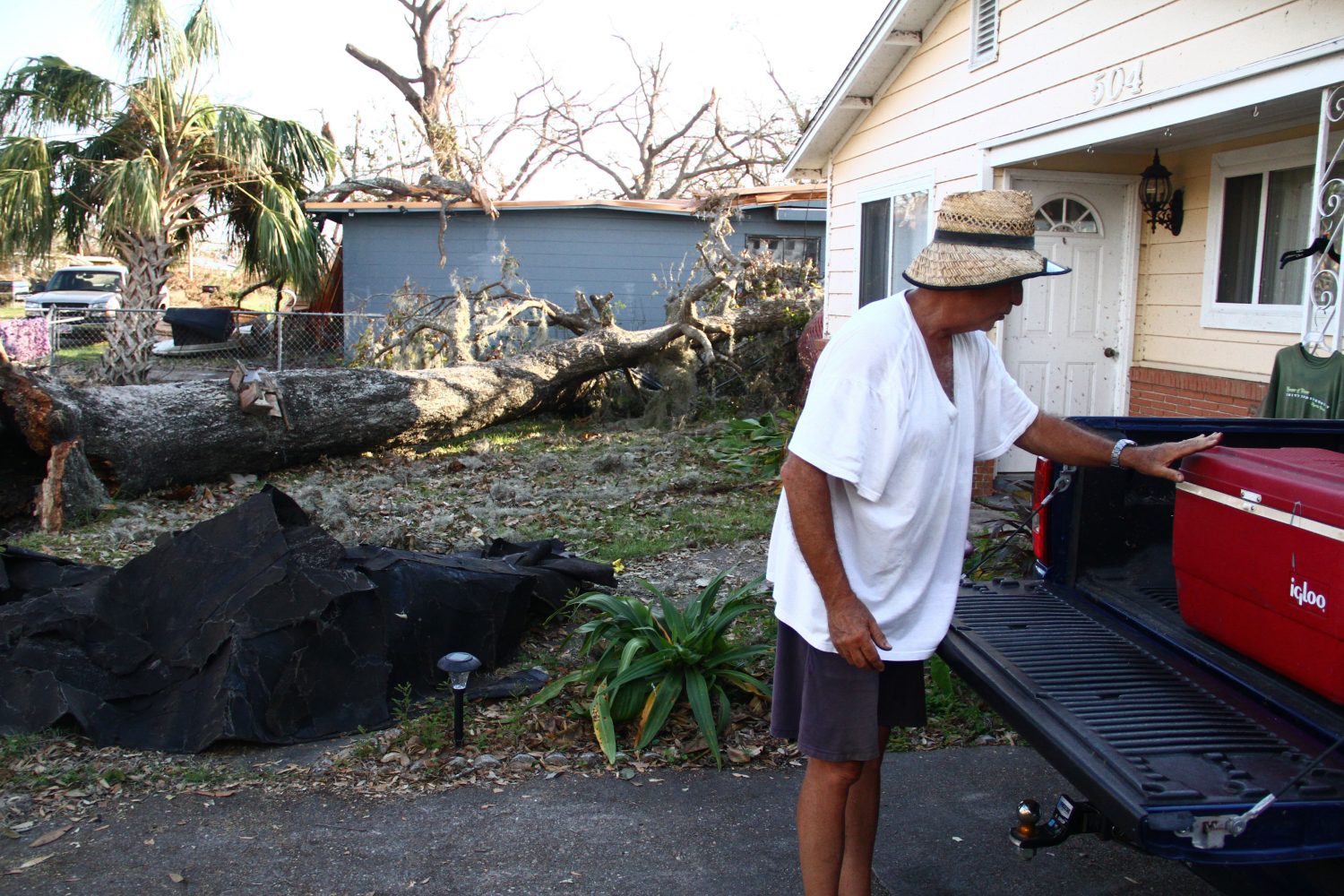 Barry Lawson, a 64-year-old retired Air Force veteran, came down from Alabama to ride out the storm in his daughter’s home, while she evacuated. Barry has lived through some rough hurricanes, but said Michael was the worst one yet. He’s lost track of time and days repairing his daughter’s home. His canvas shoes are riddled with holes from walking through the debris, stepping on nails and shards of wood. 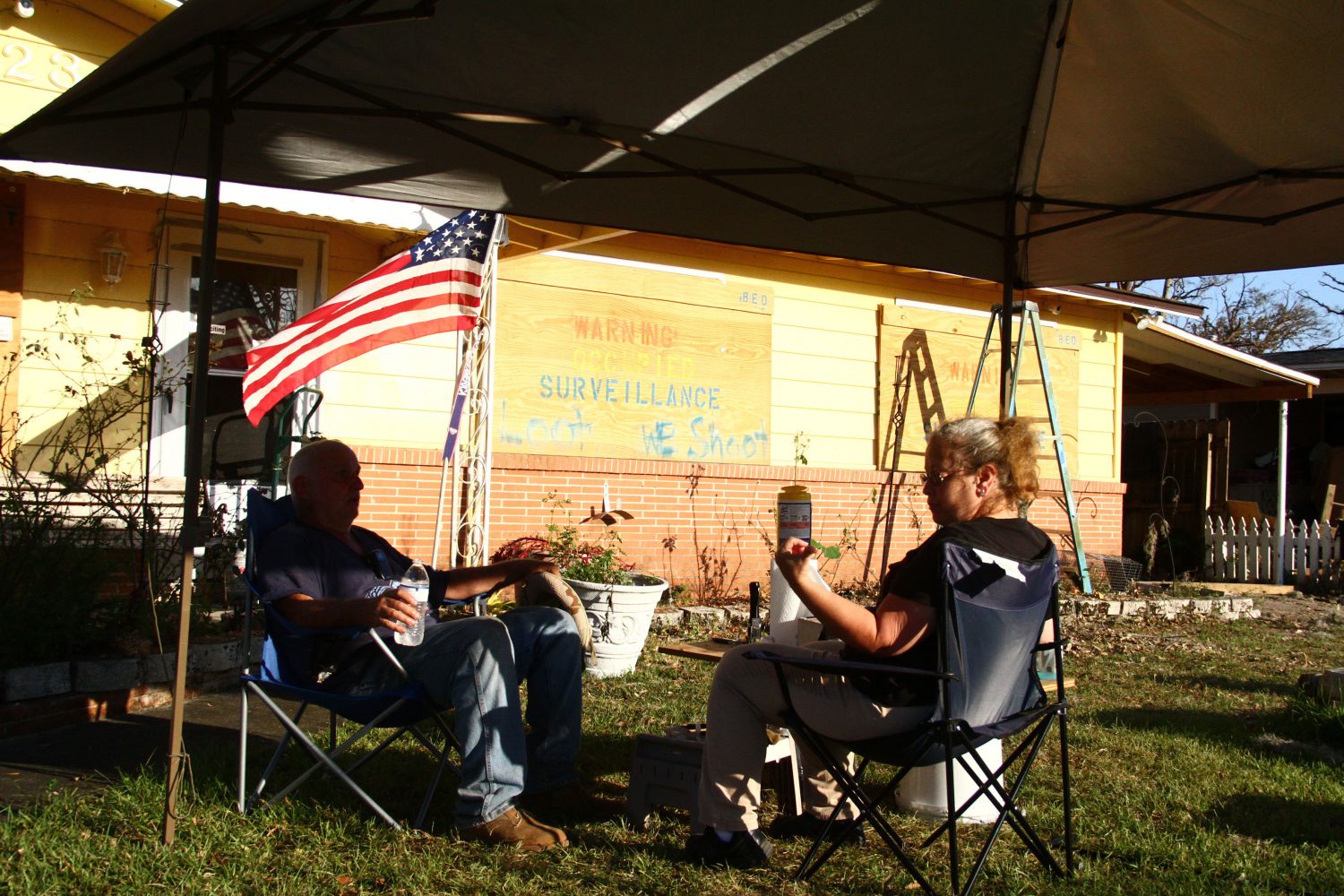 Kathleen and Mark Gillman weathered the storm in the hallway of their home. Kathleen said the walls and doors shook and rattled as Michael ripped through their neighborhood. After the storm passed, she and her husband set up camp — a couple of chairs underneath a canopy and a cooler — outside the home with a sign warning against looters. She feels lucky to be alive. 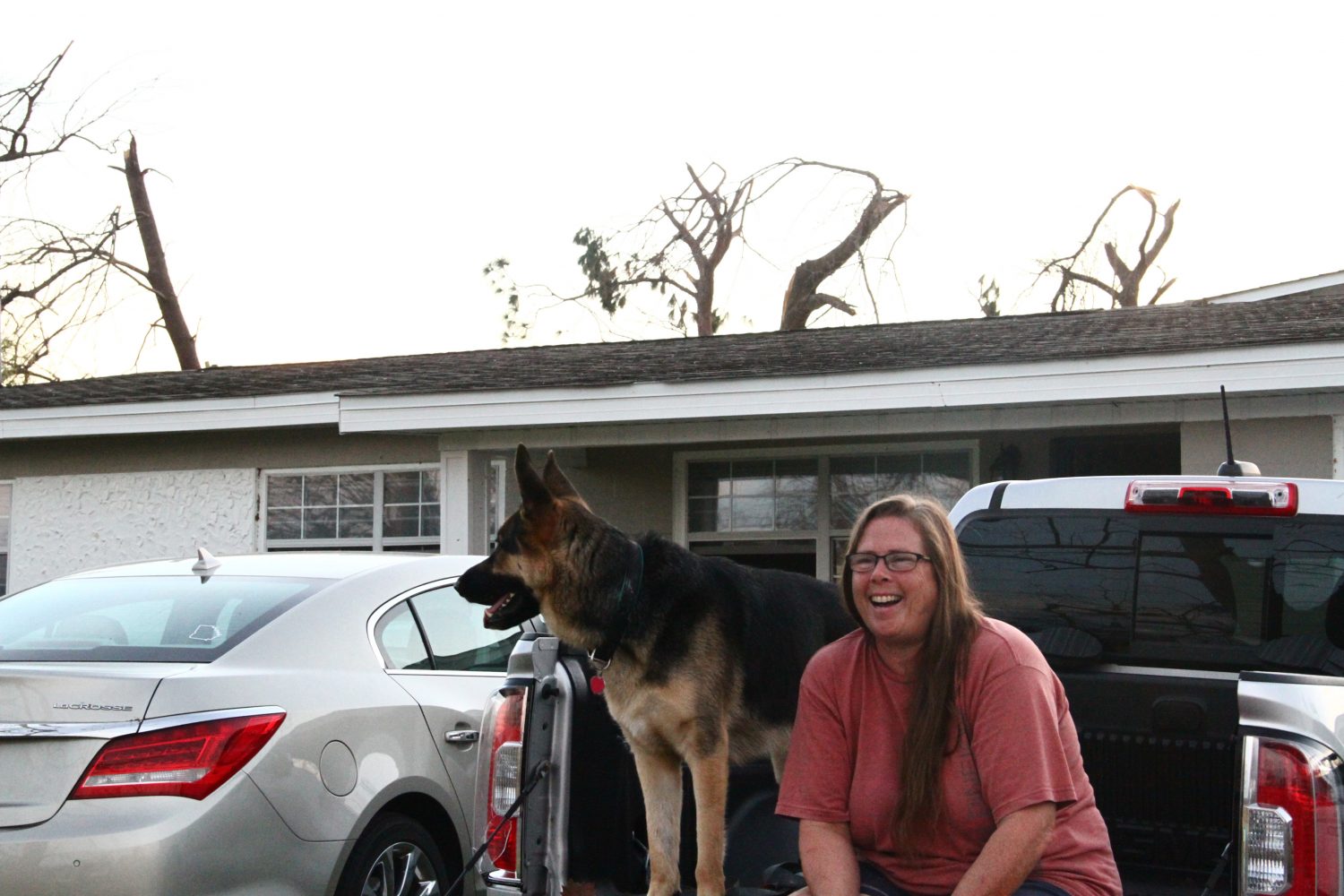 Sherry Price lives right behind the neighborhood walking track and playground where trees cracked in half. The sounds of splintering wood pierced her ears. She knows she fared better than some of her neighbors. Price and her German shepherd took a break from cleaning in the bed of her truck, wondering, what happens next? 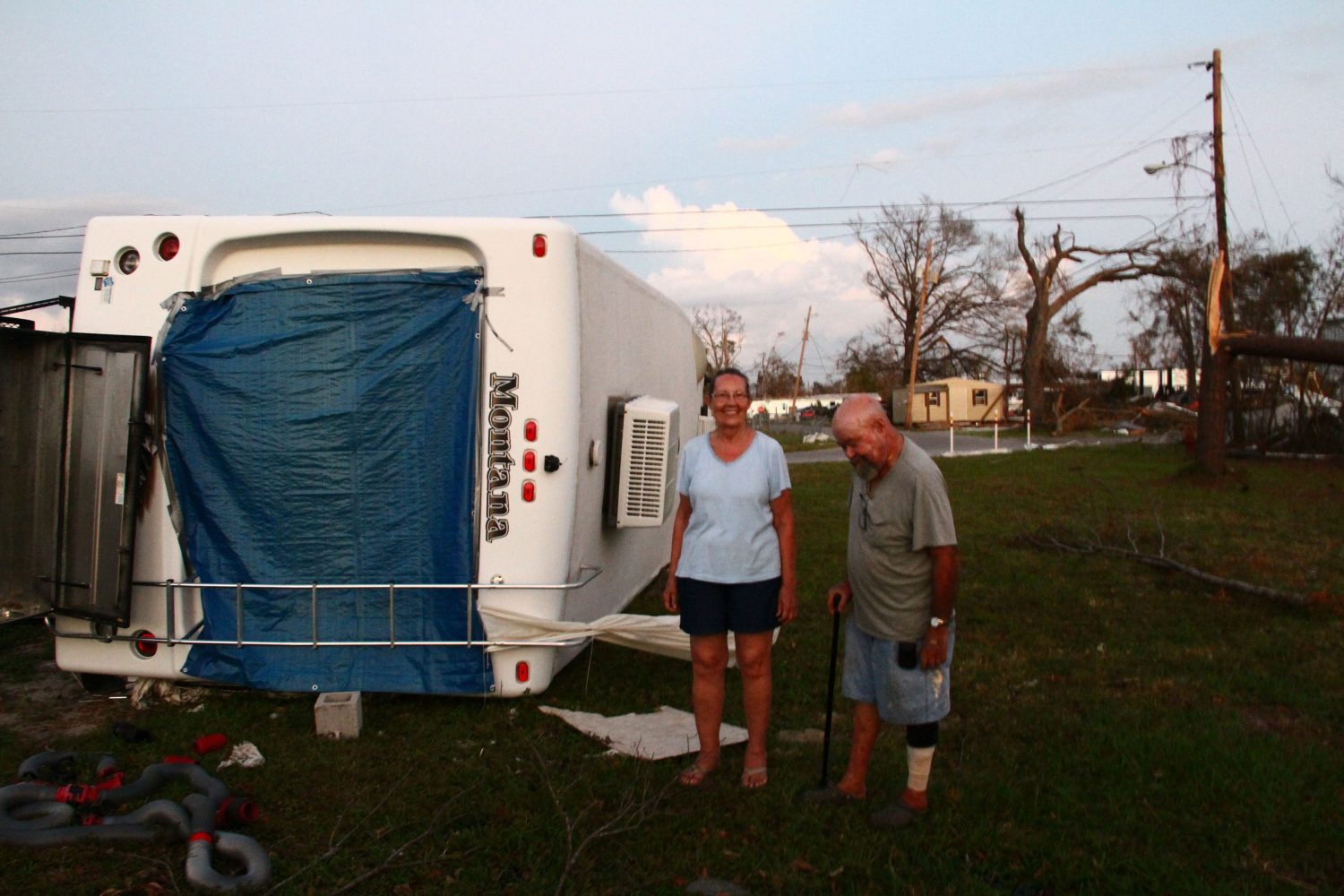 James and Dee Haney have been helping their neighbors despite suffering severe damage to their own home. They’ve helped supply their entire street with water from the well in their back yard and now they’re working to clean up the neighborhood, limb by limb, shingle by shingle. 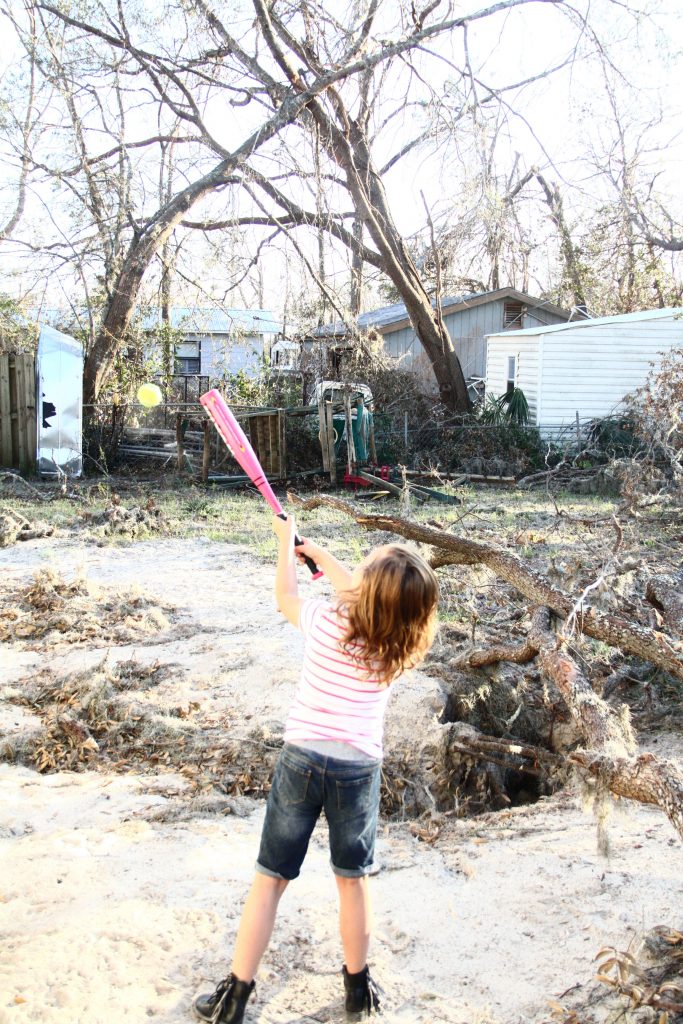 Parker, although not the same, is in a way, stronger. The sense of community the residents have adopted is palpable as you walk through the streets. They are still hurting, but the first thing they will tell you is that they are still alive. Their fighting spirit isn’t going anywhere, and neither are they.