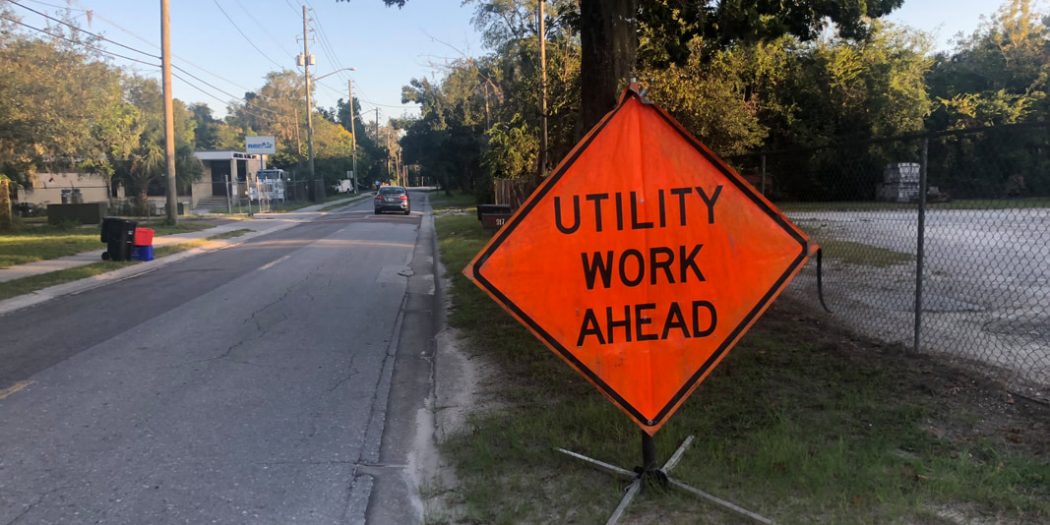 Alligator cracking gets its name from the scale-like pattern that asphalt takes after it’s been distressed from years of heavy traffic.

“They continue to erode,” he said, “to the point where you have to go down into the roadway base itself and reconstruct.”

All of the work is part of a four-pronged initiative by the city called “Trans4ming East GNV.”

During the design phase of the reconstruction, the city considered seven different types of roadway options. Although each prototype boasted its own unique benefit for pedestrians, all seven were capable of handling heavy traffic.

Exactly half of the registered positions were in favor of option 4, which is the design the city approved. Complete with a wide raised cycle track and dual sidewalks, many respondents were in favor of dedicated bike lanes.

“As a daily bike commuter, I know that research shows getting hit from behind by a car is the most common and deadly bike accident,” said Sean McDermott, who was involved in the design phase of the reconstruction. “But the second most dangerous situation for bikers is riding on a sidewalk with pedestrians/driveways, etc. The raised bike lane with a separation from both cars and pedestrians is best.”

However, some voiced their worry about the uneven surfaces option 4 creates for cyclists.

Ally Gill, another cycle-commuter involved in the design process, said that option 4 and its raised concrete could create additional hazards for cyclists avoiding debris or passing slower traffic.

“We’re looking to make improvements to make the water flow much easier in that particular area,” Skinner said. “Because some of that has not been touched in over 30 years.”

According to the city’s public works department, water collected at the parks will undergo appropriate treatment and then be discharged into Sweetwater Branch and Wetlands.

The plants within the wetlands act as natural filters that work to remove pollutants and chemicals gathered from the municipal stormwater, Skinner said.

According to the city, the project is 10 percent completed and anticipated to finish in fall 2019. Here’s a full list of improvements:

Elijah is a reporter for WUFT News who can be reached by calling 352-392-6397 or emailing news@wuft.org.
Previous Cedar Keyers Prepare For Michael With Hermine In Mind
Next First-Person: Inside Bay County As Hurricane Michael Makes Landfall As Category 4