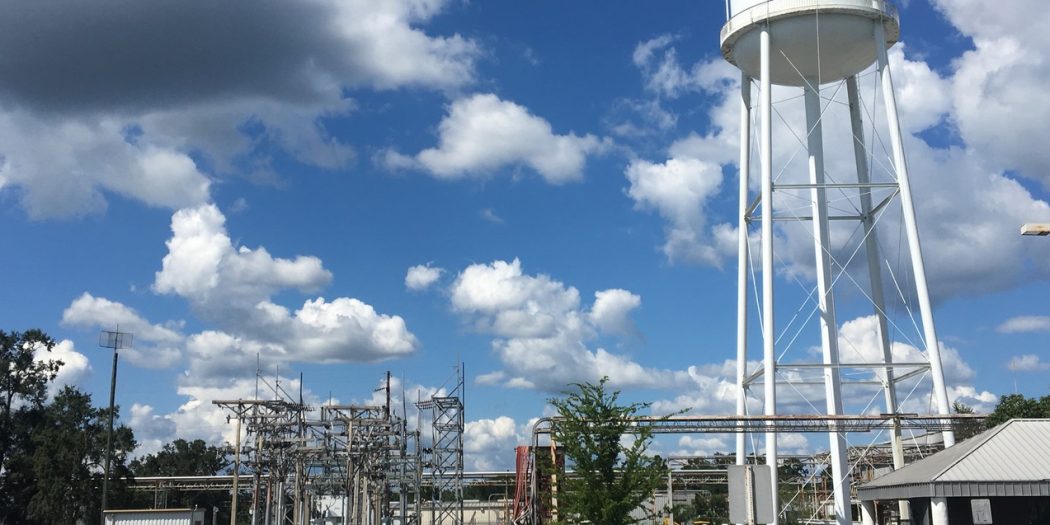 Phoenix Commercial Park, a former battery plant, will be the site of the new fire station in Hague. (Catie Wegman/WUFT News)

As part of its 2018-19 budget that went into effect this week, Alachua County Commissioners approved funding for a new fire station in Hague.

People living between Gainesville and Alachua will no longer feel like they’re in “no man’s land” for coverage.

The Phoenix Commercial Park is where they can expect to see a new fire station for Hague residents. Right now they’re receiving services from the city of Alachua, nearly five miles away.

The old battery plant on 441 will become home to the first additional engine company for the Alachua County Fire Rescue since 1988.

Turkey Creek resident Walter Cason said, “The faster the emergency [vehicles] can get to someone… more lives are saved.”

The county has been working on getting additional stations built for over ten years.

“All of our fire stations are advanced life support,” said Harold Theus, Alachua County Fire Rescue Deputy Chief. “So it not only brings the aspect of fire safety, fire protection, fire prevention matters.. but it also brings advanced life support for medical emergencies.”

This new location will improve service for miles around.

Alachua County Commissioner Lee Pinkoson said, “you know having another fire station in that area will definitely help fire delivery in Alachua, La Crosse, the unincorporated area and to a certain extent it may even help the city of Gainesville.”

The new station will have a three-person crew available 24/7, according to Theus. “This action really takes a step in the right direction… it goes a long ways to show that the board of county commissioners is really focused on having the dollars go towards public safety.”

People living nearby should notice the drastic difference in response times.

Cason said, “The performance is the same… but it’s the time of essence that’s shorter.”

The commission voted last week to approve the budget for this new fire station. So far, they’ve budgeted $1.5 million for staffing, operations and equipment.

Turkey Creek residents and other 441 commuters should notice construction beginning later this year.