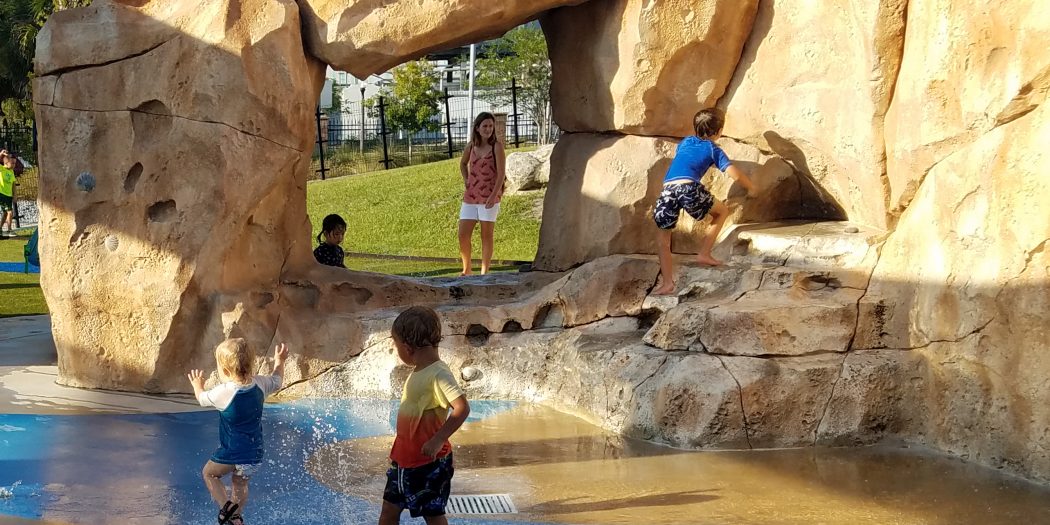 A mother watches over hers and other children as they splash in the Blue Grotto area at Depot Park in Gainesville. (Vincent McDonald/WUFT News)

Congratulations, Gainesville: You Survived The Hottest September In 93 Years

Anyone who found September 2018 unusually hot even for Gainesville was right: Temperatures in the city broke or tied records dating back to the beginning of the 20th century.

Gainesville simmered through an average daily temperature of 83.5 degrees, breaking the 1925 record of 82.2 degrees for the warmest September, the National Weather Service reported.

Sept. 13 to 17 tied the all-time record for the warmest five consecutive nights, with an average low temperature of 77.4 degrees, matching the mark set during a stretch of August 1909.

“We’re looking at a pretty rare event here,” said Ben Nelson, a meteorologist at the weather service’s office in Jacksonville.

Typically, late September would bring highs in the 80s and lows in the mid-60s, Nelson said.

“We haven’t had a low temperature below 70 – not for the entire month,” he said. “The lowest temperature we had was 71 degrees.”

What does it mean for the electric bill? Depending on usage, September may be more expensive than August. The average electricity consumption for Gainesville Regional Utilities customers was 1,104 kilowatt hours last month, a figure higher than the averages for June, July and August. However, this year’s September average decreased from the monthly average a year ago of 1,175 kilowatt hours, said Kinn’zon Hutchinson, the utility’s customer operations director.

To save on utility bills, Hutchinson suggests keeping the thermostat set to 78 degrees. Each degree below the recommended temperature results in a 4 percent increase in electricity consumption. In turn, each degree above 78 results in 4 percent’s worth of savings.

Despite the warmer weather, hospitals have yet to report any heat-related illnesses or deaths to the Alachua County Department of Health between Jan. 1 and Friday, said Anthony Dennis, its environmental health director.

The number of people enjoying Gilchrist Blue Springs State Park in High Springs usually drops once the school year starts. But the lingering heat has contributed to the number of weekend park-goers matching those from June and July, said Garrett Barr, a park attendant.

Trista Sylvester, 44, operations specialist at the KP Hole Park of Dunnellon, has also noticed an uptick in swimmers. With beaches in southwest Florida affected by the algae blooms known as red tide, the Rainbow River offers a freshwater alternative for travelers from the Gulf coast.

“I think the red tide affected our numbers more than the heat,” Sylvester said.

September’s record-breaking temperatures are also wreaking havoc on cars. They can overheat vehicles and cause their air conditioning and tires to fail, said Gainesville Pep Boys service adviser Travis Bryson, who has worked in the automotive service industry for 23 years.

Warmer temperatures are “one of the biggest causes of tire failure,” said Bryson, who added that air pressure expands with heat, which can lead to tires blowing out. He also said that “batteries are going out left and right,” with mechanics there replacing about seven to 10 a day.

It was no different at Gator Towing and Auto Repair of Gainesville. The service team there usually replaces one battery each week, if not every two weeks, said dispatch manager Giovanni Reatta. In the past week alone, however, six customers needed new batteries, and Reatta estimated that twice as many customers have called with dead batteries than last year.

“We’re still getting a high volume of calls related to the environment,” he said.

This weekend, bustling crowds of parents and children cooled off beneath the miniature waterfalls and the canopies stretched above the playground at Depot Park in Gainesville.

Dominique Lochridge-Gonzales and her husband John-Michael Gonzales, both 32, took to visiting there twice a day with their year-old twins Justine and Riley. After saying “this is like our backyard,” Lochridge-Gonzales noted that “it’s the closest park that has the water feature,” specifically the water cannons and jets spouting from the Blue Grotto area.

Justin White, 28, a weekly visitor to the park, brought his son Yoshua, 2, and his daughter Emma, 9, to escape a high of 92 degrees at their request.

“It’s fall now and it got hotter,” White said. “It’s kind of backward.”

Vincent is a reporter for WUFT News who can be reached by calling 352-392-6396 or emailing news@wuft.org.
Previous Oct. 1, 2018: Evening News in 90
Next Nostalgia-Tinged Music Video For ‘Gainesville’ Shows Tom Petty’s Intersection With City’s Past 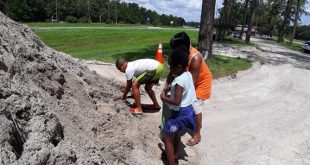 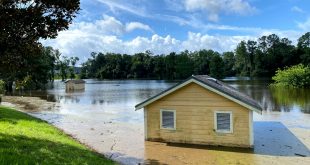 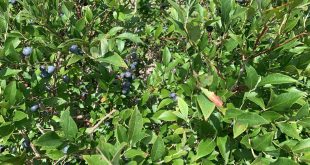 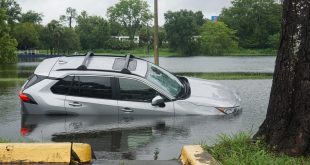