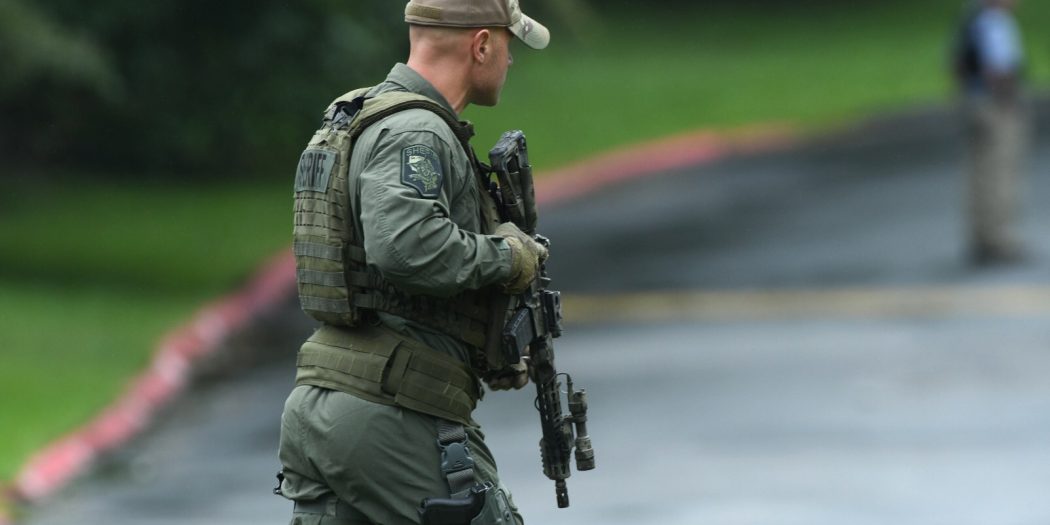 Authorities respond to a shooting in Harford County, Md., Thursday, Sept. 20, 2018. Authorities say multiple people have been shot in northeast Maryland in what the FBI is describing as an "active shooter situation." (Jerry Jackson /The Baltimore Sun via AP)

ABERDEEN, Md. (AP) — Three people were killed Thursday morning in a shooting in northeast Maryland, according to a law enforcement official.
The law enforcement official had knowledge of the shooting but wasn’t authorized to discuss details by name and spoke on condition of anonymity to The Associated Press. The official stressed that the number is based on preliminary information.

The FBI described it as an “active shooter situation” and said its Baltimore field office was assisting.

The Harford County Sheriff’s Office tweeted that the shooting involved “multiple victims” and warned that the situation was still fluid and asked people to avoid the area.

In a tweet, Maryland Gov. Larry Hogan said his office is monitoring the situation in Aberdeen and that the state stands ready to offer any support.