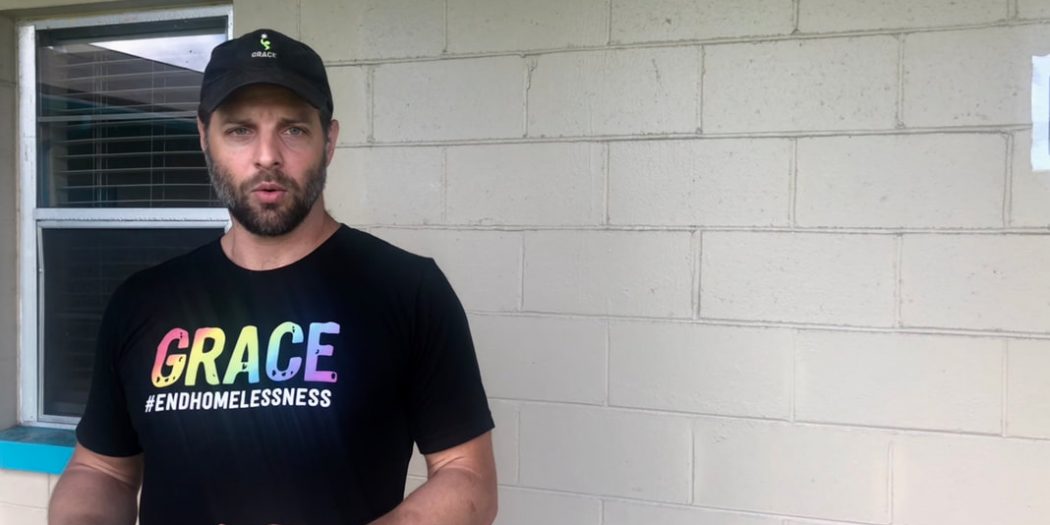 Despite the increase in residents, the county’s homeless population has actually decreased – particularly, in comparison to the population increase.

According to the Alachua County Homeless Census, 433 people were unsheltered in 2018. In 2006, 450 were without shelter.

Grace Marketplace, a homeless shelter located on Northeast 28th Avenue, has been a driving force behind the drop, said Jon DeCarmine, the organization’s operation director and University of Florida graduate.

When DeCarmine started planning Grace in 2005, he envisioned creating a one-stop center for Gainesville — a shelter that was capable of providing everything from a toothbrush to a permanent home.

“That didn’t exist 10 years ago,” he said. “We [Gainesville] were asking people with no transportation and pretty severe physical or mental health issues to navigate a really confusing network of social service providers.”

As a result, those in need didn’t utilize the city and county’s resources as intended, leading to an increase in chronic homelessness. DeCarmine said Grace Marketplace was designed to combat this issue by bringing a web of social services to one location.

“They only need to know to show up,” he said. “And we can serve as their liaison for the rest of that process.”

Maintaining an accessible environment is an important value for Grace. DeCarmine said the shelter approaches providing homeless services in a much different way than other agencies.

For years, the community in Gainesville provided homeless assistance on a first-come, first-served basis, he said.

At a city commission meeting earlier this year, residents voiced their support for the shelter. Officials would later go on to approve over $1 million in funding for the Alachua County Coalition for the Homeless and Hungry, which Grace operates under.

Bobby McKeon, who used Grace Marketplace’s services in 2017, shared her testimony with the commission.

“I joined Grace Marketplace July 8. That same week I found out I could volunteer in the kitchen,” she said. “I haven’t left. I found my purpose in life because of Grace.”

McGean said she wouldn’t be here today if it wasn’t for the mental and physical health care she received through Grace.

Impact is a core value for the shelter, DeCarmine said. And McGean’s story is a prime example of the type of work Grace does in the county.

“We’ve got a way to make an impact on our community,” he said. “It’s an honor to be able to do this. There’s nothing else I could imagine doing.”

Elijah is a reporter for WUFT News who can be reached by calling 352-392-6397 or emailing news@wuft.org.
Previous Unvarnished: High Speed Honda
Next Turnout Lessons Learned From Florida’s 2018 Primary Ahead Of The General Election