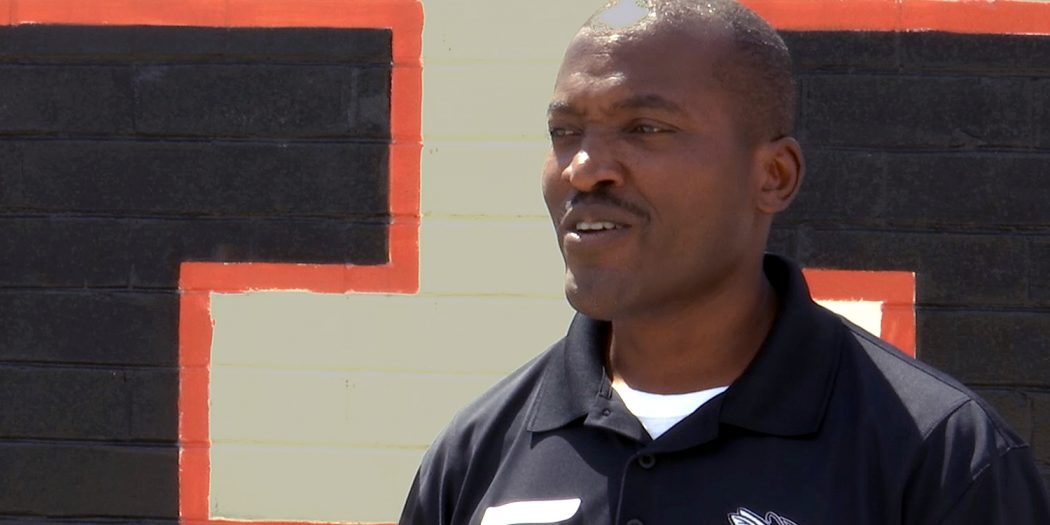 Daniel Ferguson, principal for Hawthorne Middle/High School, praises the hard work from students to achieve the C grade for the school.

Hawthorne Middle/High School is no stranger to struggle, but on Thursday the school received a passing C letter grade for the 2017 to 2018 school year, its highest grade since 2011.

Between 2013 and 2017, the school received D and F letter grades from the Florida Department of Education (FLDOE). And without a passing grade this year, the school faced option to either close the school or convert it to a charter school.

Earlier this year the school received an I, or incomplete, letter grade. For schools to earn a letter grade following an incomplete grade, the school district must go through an appeals process, according to the state department of education guidelines.

The state searched for inconsistencies during a two-to-three-week investigation stemming from the original incomplete score, said Hawthorne Mayor Matthew Surrency.

McKenzie Milton, the FLDOE accountability reporting district communications liaison, said all schools that receive an I are reviewed by education commissioner Pam Stewart. Appeals or incomplete grades result from miscalculations or failure to meet improvement levels. The reason for Hawthorne Middle/High School’s appeal is still unknown.

Hawthorne Middle/High School serves a large, broad population in Alachua County, stretching from Waldo through Hawthorne to Micanopy. Hawthorne’s 1,500 residents include only a small population of the high school’s zoning area, according to Surrency. Chester Shell Elementary, also in Hawthorne, received a C for the last school year as well and includes a similarly stretched zoning area.

“Unfortunately, the legislature has put us in the position where we have to focus on the tests instead of focusing on the students,” Surrency said. “So that’s what we had to do – play their game.”

Surrency said the county’s school board and superintendent gave the school’s principal, Daniel Ferguson, the authority to make changes that focused on students rather than test performance.

Within the last school year, Hawthorne has added a student band, Advance Placement courses and an agricultural program relevant to the Hawthorne community.

“The [agricultural] program is not going to work in every school across the state, but in Hawthorne it’s a huge draw for kids who are excited,” Surrency said. “Kids are actually excited and engaged because we’re an agricultural community.”

Recently, the combined middle and high school grew in student population leading to an increase in teachers. Across Alachua County high schools, Hawthorne had the “least experienced faculty of any district high school with an average of 7.4 years,” according to the 2017-2018 district improvement and assistance plan.

“Hopefully we will be able to convince legislators to change their current policies,” Surrency said, “and to go back to the way we were and actually fund education the way it should be.”

With regards to future grades from the FLDOE, the mayor is optimistic for continued improvements.

“Our focus now is to not settle for a C and to continue to improve and eventually be an A,” Surrency said.