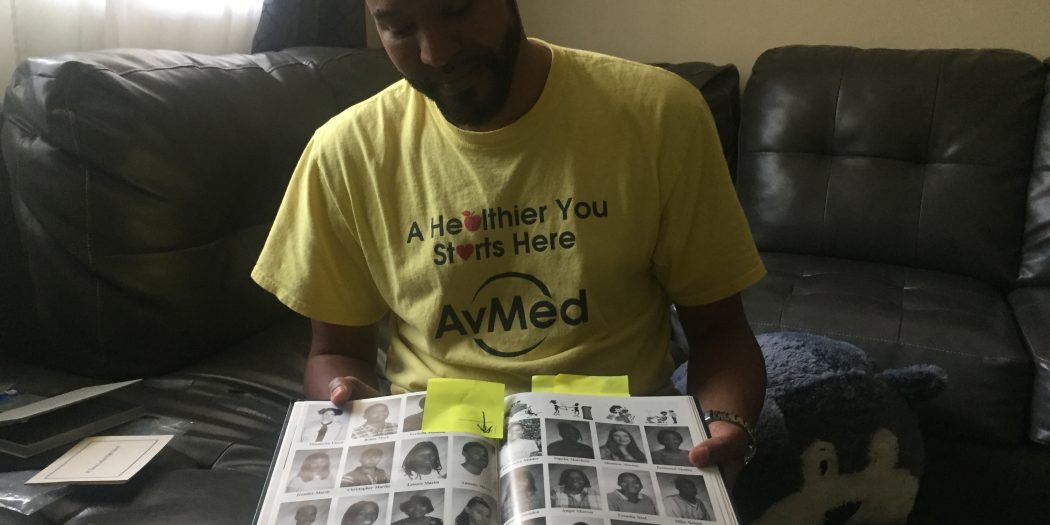 Two Years Later, The Family of A Gainesville Homicide Victim Copes With Their Loss

For two years, 59-year-old Judy Mason has wondered about the night Tony, her fifth child and her “baby boy,” was gunned down in the 800 block of Northwest 4th Place.

“He died of a lie,” Mason said, her voice trembling.

A year after she retired from the juvenile detention center, Judy remembers the last few months of her job as some of the most difficult — not for the toils of her work, but the lonely breaks when she went out to smoke and watch the sky.

The cloud hanging over a mother

“You know how the fake clouds come past the moon, and so I saw the man. I looked back up, and his face kept getting clearer and clearer. It was him. I got scared, and I ran back to the building,” Mason said. She wept and crumpled paper in her hands.

During a family discussion, Judy described the jolly side of her son — a passionate basketball player, a ladies’ man and a good friend — her glasses then glinting in the light reflected from her phone as she scrolled through the photo collection until a glint of tears filled up her eyes. She walked into the bathroom and out with a box of tissues.

She said she couldn’t remember how many nights she didn’t sleep until she “crashed” in exhaustion. Nor could she remember how many times she talked about her son and those clouds until her co-workers thought she was crazy.

The homicide threw her into turmoil.

Even when Judy traveled to work, those clouds still crept inside the buses, and the image once again appeared. “I turned around at these people. ‘You know, Tony always wear shorts, long socks and a hoodie,'” Mason said. She took long pauses to collect herself. She knew she couldn’t handle the job any longer. 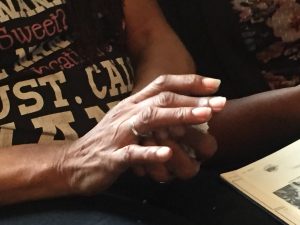 How the family put together clumps of information

Antonio Mason, 35, brought his wife and children to his in-laws’ house on a Wednesday night two years ago. Suddenly, two masked men interrupted the family gathering of 22 people with a spray of bullets.

In the day after his July 27, 2016, slaying, the family spent countless hours waiting at the hospital, paying close attention to nurses and detectives who trickled in and out. The relief over some initial information — that one man was shot in the arm and still alive — was cut short.

The mother didn’t get to see her son from the time she heard about the shooting until his body was returned in a casket. She said she counted the seconds, hoping a miracle would bring her son back through the door.

“Somebody needs to tell me something. I don’t care,” Judy remembers shouting, breathless and agitated. She stared desperately at her son and daughter. She was overcome with anger.

The family was then told the bullets wounded Antonio as he used his body to shield Zy’mya, his infant daughter. The bullets took his life and left his wife, Natasha, alone to raise their daughter.

As time went by, Judy thought working could help her forget parts of the tragedy.

But there was a final twist of truth: Her son Antonio wasn’t even their target.

“It wasn’t any randomness. He died of a lie,” interjected Alonzo Mason, the 38-year-old older brother of Antonio. As the most outspoken family member, Alonzo spearheaded the family’s efforts to come out in a press conference — one month after the homicide. At the Gainesville Police Department headquarters, they asked for community help on finding the suspects.

With the fifth and final suspect David Lock in custody eight months later, Antonio was buried. Lock was one of Alonzo’s neighbors, according to Alonzo Mason. “I don’t question the story. I question their stupidity,” he said.

In a sworn complaint, police said former convicted felon Jacoby Sheffield had lost $180,000 in a previous home robbery, so he paid four men $10,000 to retaliate and get his money back. Sheffield had suspected someone nicknamed “Daddy”(Antonio’s brother-in-law) was living at 820 NW Fourth Place.

“When the news was out that you had shot a baby, how did you not turn yourselves in? Why would you do anything (based) off a rumor?” said Alonzo Mason, who was the one to call the detectives for a final confirmation of his deceased brother.

Alonzo later saw the suspects’ five mugshots, and they played through his mind until he couldn’t stand it anymore.

Although most of the family has lost interest in case management, Alonzo said he hasn’t lost faith in showing up to court hearings until justice is served. Working to assist students with disabilities for the Alachua County Public School Board — just as he raised two such children himself — Alonzo managed to keep the family moving.

Inside, he was lost.

“It’s frustrating because you see things happen to other people and it’s over like [a snap of the fingers], and these guys had to sit in jail before the actual trial,” Alonzo said.

All five suspects face charges of first-degree murder and two counts of attempted murder, according to the state attorney’s office in Gainesville.

Lost a father, lost a shield, found a friend

Zy’mya does wonder about her scar and her deceased father, though her smiles brim with joy. Her hugs teem with warmth.

Poppy, known as the princess of trolls, solves problems with a song, a dance and a hug. “She runs around. She talks a lot like you would never know anything had ever happened to her. She’s just happy and being a kid,” he said.

While Alonzo can’t tell if Zy’mya is missing her father, most family members agreed Zy’mya was aware. She even tried to crawl into Antonio’s casket at the funeral, according to the family.

Unlike most kids at her age, she can’t pull on her fathers’ hands or pants to share a moment of excitement.

Yet, Antonio’s spirit doesn’t just inhabit the house. He lives inside her. “She acts silly like him. She eats everything, just like him.” Judy Mason said, looking at the kitchen. She jokingly said the refrigerator always first came to their minds whenever Antonio or Zy’mya visits Alonzo’s house. “Their favorite food? A buffet…like the Golden Corral,” Alonzo remembers.

The family burst out laughing at an embarrassed Zy’mya covering her face as her cousin, Alonzo’s youngest son, Zyler smashed his toy. “Don’t do that!” Zy’mya said, emphasizing each word, to her cousin, as they were chasing each other around the ottoman for a toy.

With heart-warming hugs, high fives and shy half-smiles, Zy’mya and Poppy bring color and hope to the Masons as the family moves on.

“Tony was trying to get a new vehicle, save enough money to move out to an apartment. To some people, those are small things, and they take them for granted…Tony’s mission is done, and God called him,” Alonzo Mason said.

Quan is a reporter at WUFT News who can be reached by emailing news@wuft.org or calling 352-392-6397.
Previous Parkland Students Lead Protests In Gainesville
Next Multiple Florida Gators Football Players Facing Possible Disciplinary Action