Daniel Perea was born on Friday the 13th. He was convinced at a young age that bad luck followed him. When he came face-to-face with a kelp-covered manatee, he realized that life is messy and unexpected.

Syraj Syed was brought to the US as a child and was at first overwhelmed by his new home. He learned to find solace in small pleasures like chocolate during difficult times of change.

Glenna Auxier has a deep fear of motorcylcles. When her son developed an obsession for riding and racing, she had to face that fear.

This episode of Unvarnished features part one of Story Summit at Heartwood Soundstage where six Gainesvillians took the stage to share their stories.

The second half of Story Summit will be featured in episode three of Unvarnished.

Subscribe to Unvarnished on iTunes, Google Play, TuneIn and Stitcher to keep up with bi-weekly episodes featuring local storytellers.

Taylor Williams is the host of Unvarnished and the Creative Director of Guts & Glory GNV. Unvarnished is produced in collaboration with WUFT.
Previous Liberty Phoenix Makes New Music With Folk Super-Group Pine
Next How Gainesville’s Gentle Carousel Therapy Horses Has Become A National Organization

Once The Prime Suspect, Ed Humphrey Was Left To Lead Life With A Tainted Reputation

A Sister’s Dream Came True In The Worst Possible Way 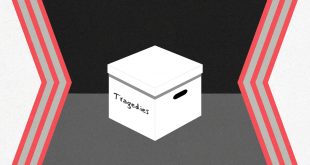 Three Decades Later, A Box Of Tragedies Reveals The Fear That Gripped Gainesville

Explore the correspondence of former UF president John Lombardi in the aftermath of the 1990 Gainesville murders.