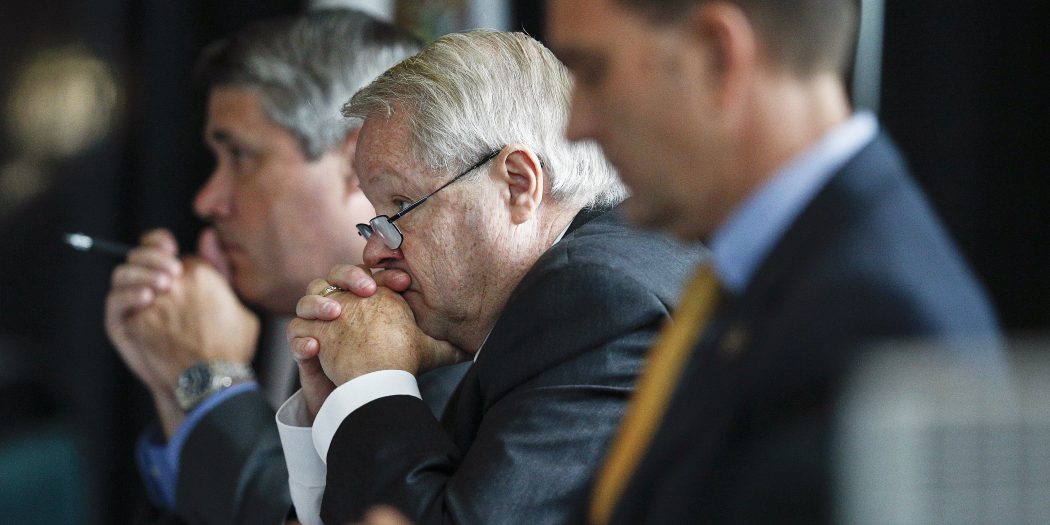 The Latest on a commission investigating the February massacre at a Florida high school (all times local):

The chairman of the commission investigating the Florida high school massacre said quirks in the local 911 and emergency dispatch system created problems with law enforcement response.
Pinellas County Sheriff Bob Gualtieri said Wednesday the dual dispatch system used by the city of Parkland delayed getting police and paramedics timely information during the mass shooting at Marjory Stoneman Douglas High School that left 17 dead on Feb. 14.
Parkland gets police service from the Broward Sheriff’s Office, and fire and paramedic service from the neighboring city of Coral Springs, which also has a police department. Cellular 911 calls from Parkland go to Coral Springs. Those that are for police are transferred to Broward County’s 911 center. Almost all calls from Stoneman Douglas were from cell phones, which had to be transferred, adding about 30 seconds before each one reached a dispatcher.
The commission is holding a three-day meeting to discuss issues surrounding the attack. It meets monthly and will issue a report by Jan. 1.
____
Midnight

A commission investigating a Florida high school massacre has concluded that the suspect’s connection to a student diversion program played no role in the attack.
The Marjory Stoneman Douglas High School Public Safety Commission agreed Tuesday that Nikolas Cruz’s 2013 participation in the Broward County school district’s Promise Program is irrelevant to the Feb. 14 mass shooting that left 17 dead.
Promise has been criticized for leniency, particularly by conservatives, and questions have been raised whether Cruz completed the program.
Pinellas County Sheriff Bob Gualtieri, the commission’s chairman, called criticism of the Promise Program “a red herring.”
The commission is holding a three-day meeting to discuss issues surrounding the attack. It is scheduled to discuss 911 dispatch problems Wednesday. It meets monthly and will issue a report by Jan. 1.

The Associated Press is a wire service to which WUFT News subscribes.
Previous July 11, 2018: News In 90
Next Tim Tebow To Be Inducted Into Florida’s Ring Of Honor