WUFT’s Morning Edition host, Glenn Richards, speaks with Cleveland-born singer/songwriter Billy Buchanan about joining the lineup for this year’s Fanfares and Fireworks presented by WUFT. Billy discusses some of the projects he’s been working on since he spoke with WUFT’s Dana Hill back in February.

After Fanfares, Billy’s next appearance in Gainesville will be Thursday, August 23rd at The Hippodrome Theater for Billy Buchanan’s Pioneers of Rock ‘n Soul Show with impersonations of Little Richard, Ray Charles, Sam Cooke and Chuck Berry. 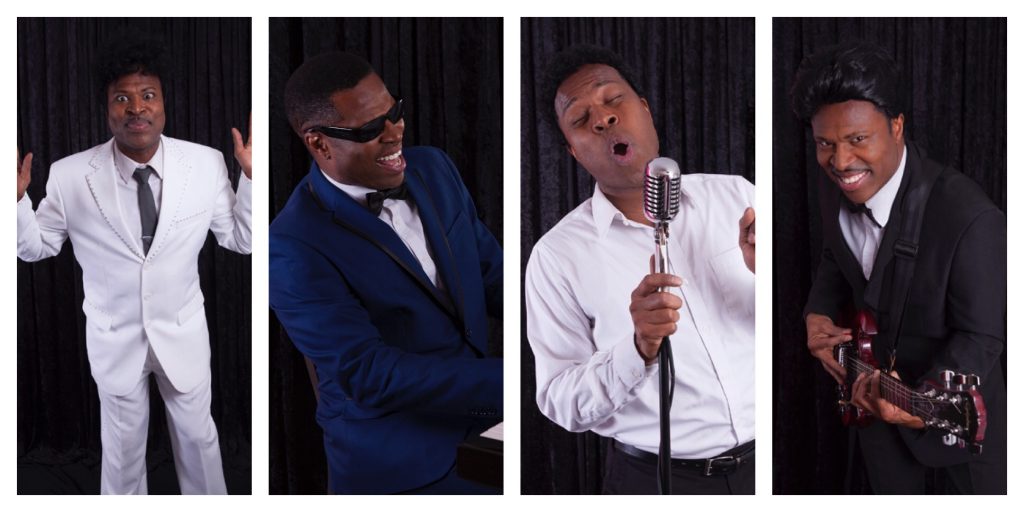 Celebrate the 4th on the 3rd with WUFT’s annual Fanfares and Fireworks at the UF Bandshell at Flavet Field in Gainesville (605 Woodlawn Drive).

Bears & Lions take the stage at 7:00 p.m., followed by Billy Buchanan & His Rock ‘N Soul Revue at 8:00 p.m., and the Gainesville Community Band at 9:00 p.m., under the direction of Gary Langford. GCB provides a stirring live soundtrack for the spectacular fireworks show around 9:40 p.m. by Skylighters of Florida.

During the event, LifeSouth Community Blood Centers will conduct a blood drive and water and Pepsi products will be for sale along with the following food trucks on site: PDQ, Hyppo, Big Island Bowls, Twisted Okie BBQ, Soup to Nuts and Cilantro Tacos.

Special thanks to title sponsor VyStar Credit Union, with additional support from the City of Gainesville, Florida Credit Union, and GRU.

Glenn Richards is Operations Coordinator and local host for Morning Edition on WUFT-FM. His background includes 30+ years of radio in South Florida as an air personality, promotion director, and morning show producer (WSHE, WZTA, & WFLC). His previous education includes a Bachelor of Science in Communication from the University of Miami where he was also general manager of WVUM-FM. Upon his arrival in Gainesville in 2006 to pursue a telecommunication master’s degree at the University of Florida College of Journalism and Communications, he worked as an air personality at WRUF-FM (both Rock104 and Country 103.7 The Gator). One of Glenn’s passions is local music. Since 1990, he has produced and hosted local music programs in both South Florida and Gainesville, playing demos and independent releases from unsigned artists, many of whom went on to national prominence including: Marilyn Manson, Sister Hazel, For Squirrels, Matchbox 20, Saigon Kick, Mary Karlzen, Nil Lara, Hundred Waters, and more.
Previous Three Hospitals Challenging Proposed Marion County Hospital
Next Public Wi-Fi ‘Canopy’ To Connect Campus, Downtown Through UF-City Partnership